During lockdown, bookstores were considered “essential services” – along with supermarkets and flower shops – and stayed open the entire time. But was it all smooth sailing? We’ve been hearing how how our favourite shops handled the crisis. Next up, Charlottenburg’s literature institution Marga Schoeller.

Marga Schoeller’s classic green façade has been a staple of Charlottenburg’s Knesebeckstraße for over 90 years. It’s faced plenty of adversity, from hiding forbidden books in Nazi times to finding its way in post-war Soviet and then British occupied territory. Throughout it all, the store has always nurtured a strong English-language department. The coronavirus, too, was no match for this institution, which remained open without fail.

“We decided to stay open, not least because we couldn’t afford not to, but also because we agreed with the Senat that books are an essential product,” says Marlene Schmidt, the friendly head of the shop’s English department. A constant stream of customers proved them right, but opening hours still had to be reduced. “We are working with a reduced staff,” Marlene says. “Three out of six employees are in the high-risk group and therefore working less or not at all.”

In the initial weeks of lockdown, we saw some stockpiling and business was quite good.

Marga Schoeller gradually implemented measures for their 150sqm shop, including getting a plexiglass screen for the register, wearing masks even before it became obligatory, keeping a distance from customers, a rigorous hand-washing routine and repetitively disinfecting surfaces. The shop may be large, but due its layout, with several smaller rooms stuffed with books, still only three to five people can browse the shelves at a time. Sometimes this leads to queues forming outside. 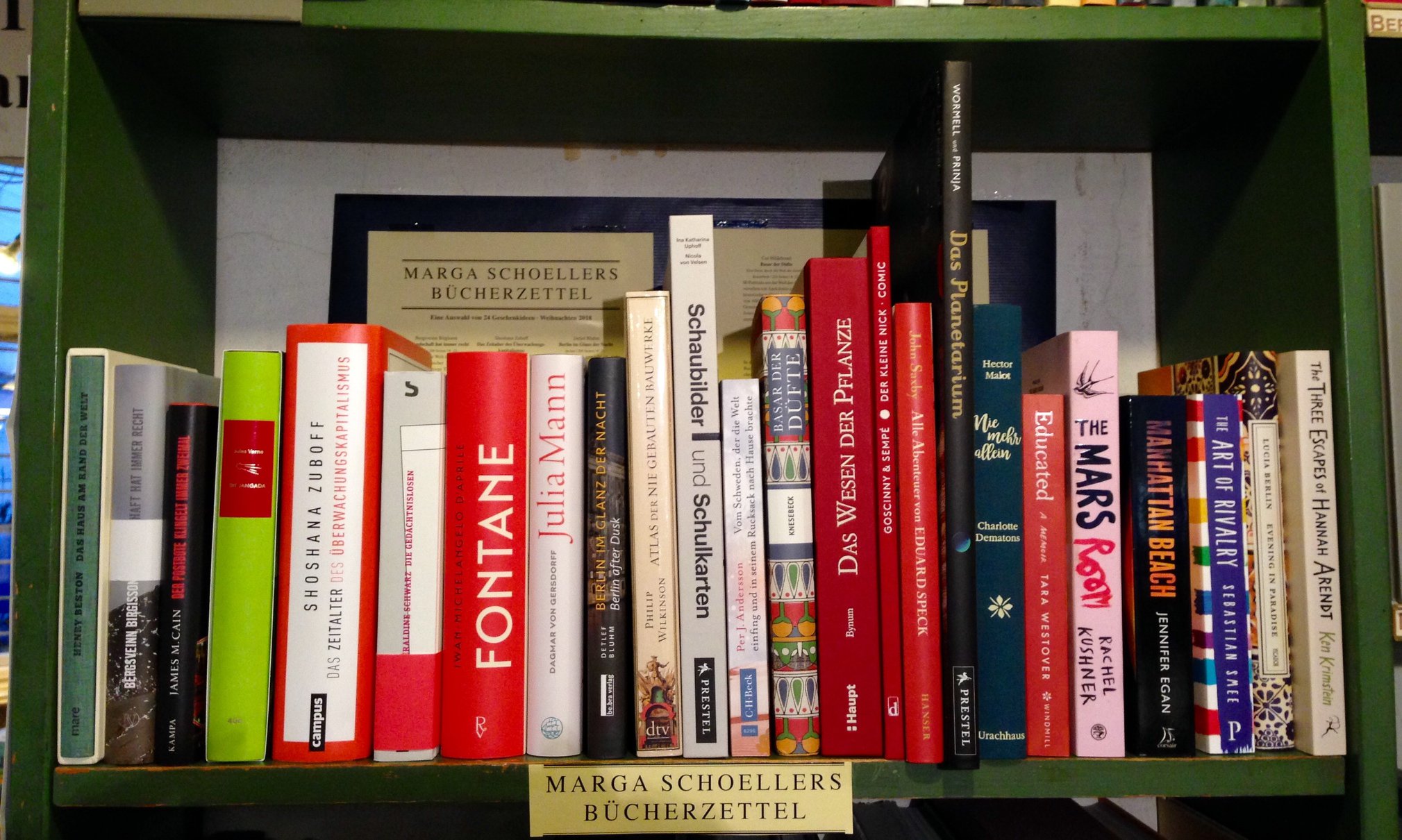 After hours, Schmidt and one of her colleagues, hand-deliver books free of charge to anyone within a 5km radius forced to quarantine at home. Their most viral best-sellers of the past few months, aside from The Plague, have been García Márquez’s Love in the Time of Cholera, Daniel Defoe’s The Pest in London and Blindness by José Saramgos. Thicker novels also sold better. “In the initial weeks of lockdown, we saw some stockpiling and business was quite good,” Schmidt says. “By now it has slowed down. There are, of course, less customers, and we are missing the tourists, especially in the English department.”

If we can’t get a book for our customers straight away, and they see that Amazon has stock, that’s a big problem.

On top of that, several international distributors have temporarily stopped shipping to Germany, and anything that does make it through takes a lot longer. “And if we can’t get a book for our customers straight away, and they see that Amazon has stock, that’s a big problem,” Schmidt says. Still, the team at Marga Schoeller encourages people to shop locally, reminding people that they are “still here and still faster than Amazon in many cases – and way nicer to our employees!” 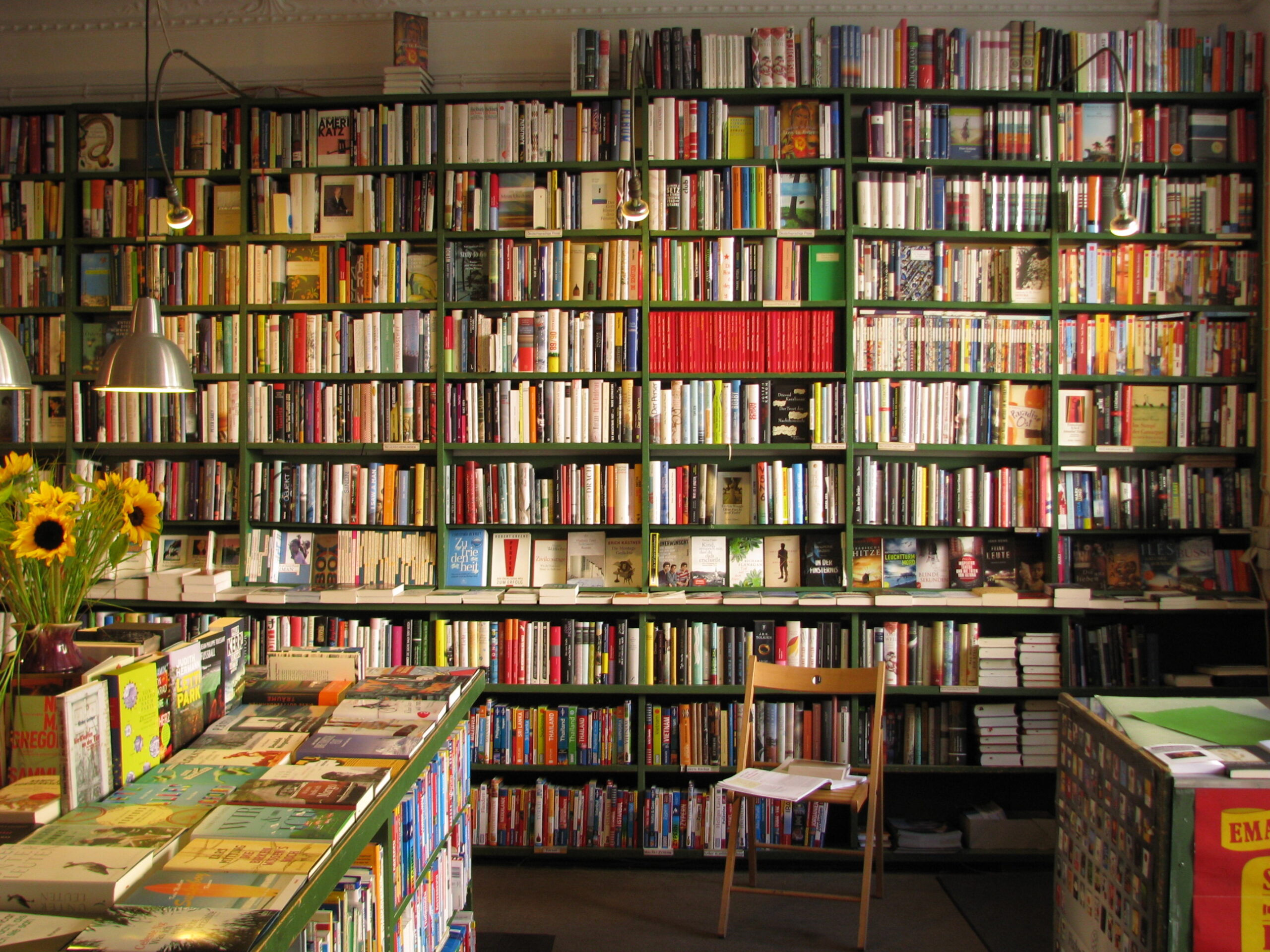