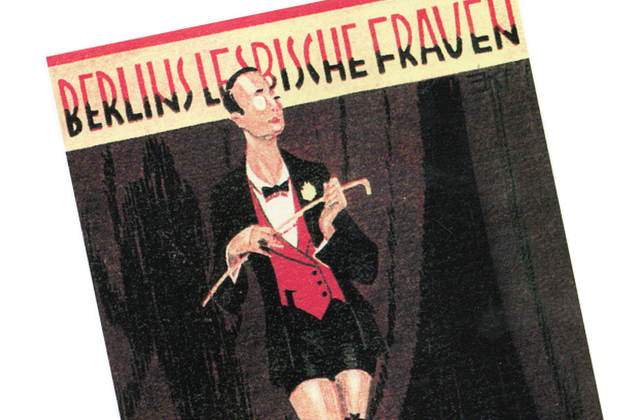 November’s all about identity politics and with that comes a series of shitstorms, homegrown right here in Berlin. Each week we’ll look at a new controversy over race, gender, sexuality or other identity matters from over the past year. This week: A panel discussion on lesbian visibility hosted by Berlin’s major queer publications can’t be that controversial, right? Think again.

In September 2016, the magazines Siegessäule and L-Mag announced Dyke Out!, a discussion and party at Schwuz centred on lesbian visibility in society – a hot topic in Berlin, with its dearth of lesbian bars or club nights. The panel participants included Monika Herrmann, the openly lesbian mayor of Friedrichshain-Kreuzberg, and queer rapper Sookee, whose often-political songs take on sexism and homophobia.

The reaction was instant Facebook furore. Users, many hidden behind fake names, called the event “transmisogynistic” and its organisers “TERFs” (transexclusionary radical feminists). “Cis white feminism makes me want to puke”, read one of the comments left standing after event moderators deleted the most extreme offenders. Schwuz itself was derided as a “white supremacist cissexist organisation”.

So, what went wrong? Firstly, many commenters were hurt by the lack of trans women on the panel and the absence of the word ‘queer’ in the description. Others accused Sookee of being a transmisogynist because of her song “If I Had A [Dick]”. Still others were offended by the presence of Herrmann on the panel after her “racist” evacuation of the refugee-occupied school on Ohlauer Straße. The debate got so heated that Sookee opted to withdraw.

According to Manuela Kay, publisher of both Siegessäule and L-Mag, the Dyke Out! event itself ended up being a success: Schwuz was completely packed. But the comments on Facebook rained on her parade – and, she says, completely missed the point. “People were trying to force more inclusiveness into the event. But we didn’t want to talk about trans issues or gay male issues, we wanted to talk about lesbian issues – of course including everyone who identifies as lesbian, trans or not,” she says. Although she’s eager to point out that disagreements are part and parcel of an active community, she acknowledges that damage is done when meaningful discussions end and relentless shaming begins. “It drains the energy completely. If you work your ass off and get accused of being politically incorrect with no fact-based arguments, it keeps people from political activism. That’s the worst possible outcome.”