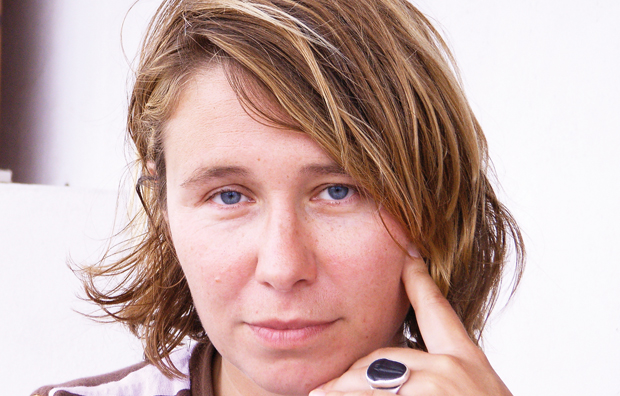 Was this film an attempt to redress Hasenheide’s bad reputation?

Yes – the negative image of Neukölln in general and Hasenheide in particular as conveyed by the media. Especially since the Rütli-Schule incidents in 2006, when teachers complained about the extreme violence of their students, Neukölln has had a bad name in the media. Then, when the police officer died [Uwe Lieschied, who was shot in the park in 2006, by robbers he was pursuing], everyone jumped to the conclusion that it was connected to Hasenheide and the drug dealing taking place there, when actually it was just a coincidence. With this project, I wasn’t trying to hide the fact that people do deal drugs in the park, but I wanted to show that it is not the only thing that takes place there.

So what else does go on?

I’m a regular user of the park. I like to take long walks there, and when I do, I see so many different groups of people. Some use the park as their living room; others play football or bring their own little swimming pool. Each one of these groups has its own dynamic, so the filming schedule worked according to that. The idea was to stay true to what I see when I walk through the park.

Was it difficult to convince people to be on camera?

To get some of the nudists to participate, I put posters up in the park. Some curious nudists immediately approached me and asked if they could take part. Working with people who really wanted to be in the documentary was fun. One of the most dedicated people was Elmar, the skinny nudist with the belly chain. I even visited him at home, where I got to see his erotic art. He was also building a scooter in the nude – we even filmed him riding it in the park. Ironically, it came across as too staged, even though the idea came from Elmar himself, so it ended up being cut. But what I am really proud of is that I convinced the African football boys to take part. They had been featured in a TV documentary that portrayed them as drug dealers, and were very wary at first.

For many, Hasenheide is a no-go area. Are there other parts of Berlin that don’t deserve their bad reputation?

It very much depends on who you ask. Some people consider Potsdamer Platz a pleasant place, but to me it is ‘no place’ – a dead place – and if I had the choice, that would be my no-go area! Unfortunately, I had to spend a lot of time there as my film school is right there. But the fact that the north of Neukölln is now being marketed as “Kreuzkölln”, a hip new area, feels very unpleasant to me. Unfortunately, a lot of people – like real estate agents or people involved with the media – are really keen to put labels on neighbourhoods. It sells better. Hopefully, my film will make people question the representation and reputation of the areas they live in!