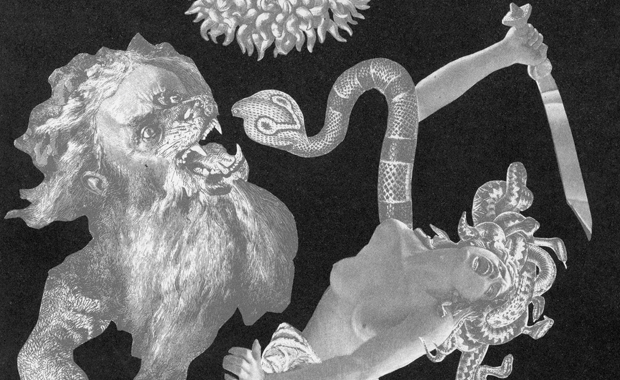 In two commissioned works that take Arsenal’s art film collection as their jumping off points, White and Raether use HAU 1’s auditorium to explore the complex, ambivalent relationship between live performance and the moving image.

Taking Walter Benjamin’s ideas about the origins of German tragic drama as its backdrop, White’s Trauerspiel 1 (Tragedy 1) depicts the allegory of love and time.

Focused on the production of images, the piece takes architecture, the body, light and shadow as its main themes, while modern technology, the healing rituals of a witch named Protektorama and Kinder Eggs all become part of Raether’s analysis of capitalism.