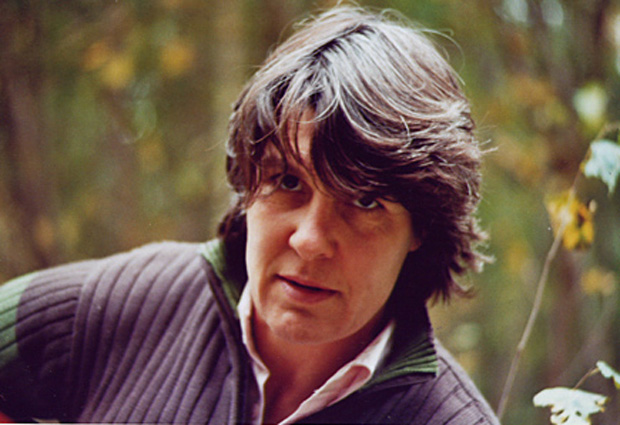 On a large scale, problems with immigration have been at the center of the German national conversation for decades. In her first film, Damla = Tropfen | Derya = Ozean (2008), German born Elisabeth Pricken focuses these problems on a personal level by documenting how they affect the lives of the people at the center of these issues. Her short film, with Engish subs, will be the feature of this month’s EXBlicks on Monday, June 11 at 20:30.

Followed by our usual Q&A with the director and a special musical performance by her talented alter ego, Lizzie Líbera. An evening of film, thought and fun awaits!

Sometimes it’s not so clear in Damla whether it’s a documentary or narrative film. Was that intentional?

Well, recently we have seen a new form of dealing with films coming up, something like docudrama, and I’m quite fascinated by that way of relating facts to something more personal. I started with facts, interviewing women about their life situations but facts are not always facts, right? They produce emotions and they produce ways of dealing with them, so very soon facts turn into something more complex which then makes the facts interesting because they can cause such a reaction to a person that sees the film.

And that’s what you mean with docudrama.

Yeah, I mean it’s certainly not a classical docudrama, but I realize that as an artist have to somehow use my own language because the facts themselves do not mean anything but sort of what is artistically spoken… what is beyond them… what makes them precious to us. The emotional side of the story was very important because I was very much related to all of these women. So that was already going beyond the facts, my personal relationship, and I basically tried to find my own language using facts, the pictures in the film and the music.

How do you think finding this language affected your creative vision for this film?

It’s definitely a question of perception because the film is also very much about perception. We know that perception is a very subjective thing so I didn’t even try being objective, but I wanted to find an approach that was more about how we feel about this. I felt really sad when I worked with these girls and I saw their potential. Every so often they’d come with these problems they had in school. They couldn’t understand. They were so highly motivated and some teachers would say “Why do you want to study? You’re a Turkish girl. You’re going to get married anyway.” So this is really an emotional thing that can’t be found in facts.

Damla was made in 2008. Has the situation for immigrants gotten any better?

It probably has gotten even worse. For the girls, definitely. With some of them, we call each other and they tell me that they have finished school, but they keep working these horrible jobs for very little money, so they’re all really frustrated and the pressure just increased.

I’d like to ask you about your alter ego, Lizzie Líbera. How did this come up?

Lizzie Líbera was born somewhere between London and Rome. She was travelling in the 1980s and it turned out to be the perfect alter ego for my normal existence. When I came to Germany my life changed dramatically. Everybody considered me a normal person, in the sense that I was very quickly integrated on the outside, but inside I was a stranger, I was a foreigner and that was kind of a paradox. That’s definitely one of the reasons why I keep relating myself to that person. Lizzie Líbera is closer to my heart then Elisabeth Pricken.