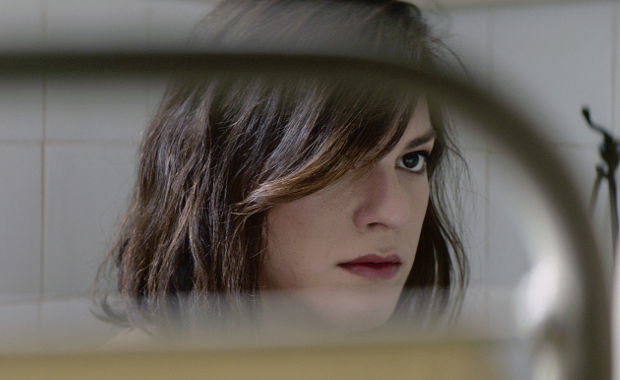 Sebastián Lelio on his timely transgender tale A Fantastic Woman, in cinemas from September 7.

The Chilean writer-director follows 2013’s widely acclaimed Gloria with a vivid, deeply empathetic portrait of a trans woman named Marina (sensational newcomer Daniela Vega) coming to terms with the sudden death of her older lover. It was a smash hit at this year’s Berlinale, winning both the Silver Bear for best screenplay and the Teddy Award for best LGBT film.

What drew you to the subject of trans identity?

It seemed exciting, potentially very moving, and a little dangerous. It has so many resonances with the broader political landscape. We’re always talking about frontiers, and wrestling with these questions of where we draw the line. Who defines which groups of people are legitimate, and which relationships? Are we willing to allow the continuation of a society that labels people, and segregates them, and build walls? Or are we willing to learn from one another? These are the questions the film addresses, which hopefully gives it a certain urgency.

How did you discover Daniela Vega, and how did you develop the character of Marina?

Initially I was looking for a consultant. I had a general idea for the film, but I didn’t know any Chilean transgender women. I’d been living in Berlin, and felt a little detached from what was happening in Santiago. My initial meeting with Daniela came to define the film. She was mind-blowing – witty, sharp, graceful and complex. She accepted the consultant role, so we kept meeting, and the script started to absorb much of what we talked about – not biographical details, but elements of her experience. At the end of that process, I understood that I couldn’t make the film without a transgender actress, and that she was the one.

Did you look to any other trans-themed films for guidance?

Not really. The films that inspired me had nothing to do with the subject – I was thinking more about Buster Keaton and Busby Berkeley! I really wanted this to be more than an “issue” movie. I think of the film as “trans-genre”. Its identity oscillates, from romance, to ghost story, to musical. Just like its main character, it doesn’t want to be labelled.

We learn very little of Marina’s back story. Why did you withhold this?

The fact that we know little about her is crucial, because people are always projecting their own ideas and prejudices onto her. We see secondary characters judging her and defining her and calling her names. And sometimes she looks directly at the camera, as if to ask the audience what they see. It’s a film about point of view, about how looking and labelling defines the one who looks and labels, more than it does the one who is being observed. Marina remains a mystery, but in spite of this she wins our empathy.

Like Gloria, this hinges around a single performance. Did the films have much in common from a production standpoint?

The challenges were certainly similar, in that if the main character failed, then the whole film would collapse. Daniela’s a natural artist, but she’s also young and inexperienced, so it was risky. She’s on screen the whole time, and I asked a lot of her. She sings, she dances, she had to learn to drive. And on top of that she was working with very experienced actors. So it was harder than Gloria in many ways.

You have a knack for capturing a sense of spontaneity and authenticity.

I don’t like to rehearse too much, but I love to spend a lot of time with the actors before we start shooting, to create trust. It’s important that they know they can be foolish, and try new things, and that I’ll take care of them at the end. And while the dialogue was scripted for this film, there was freedom to change things. I believe cinema is about what can’t be written, but you have to write a lot in order to get there!

A Fanastic Women starts in Berlin cinemas on September 7. Check our OV search engine for showtimes.