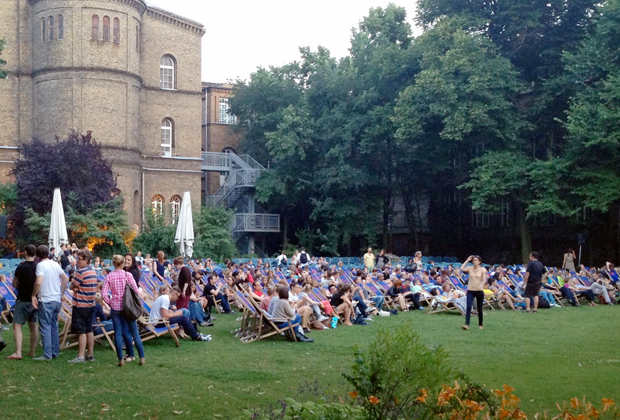 Berlin’s open-air cinemas are about to light up their silver screens for a new season.

As usual, your best bet is Freiluftkino Kreuzberg, boasting the most gigantic screen to be seen on lawn, deckchairs and an impeccable programme of great indie flicks in OV and German gems with English subs.

Opening this year’s season on May 2 is the Coen brothers’ folk music dramedy Inside Llewyn Davis (21:00); among other early highlights are David O. Russell’s heavily accoladed American Hustle (May 8, 21:15) and Joon-Ho Bong’s dystopian vision Snowpiercer (May 21, 21:30). You also shouldn’t miss the chance to catch some of the past year’s best German films: Frauke Finsterwalder’s absurd drama Finsterworld (May 6, 21:15) and André Schäfer’s documentary Deutschboden (May 20, 21:30).

For a literal exploration of Berlin’s heavens head to Freilichtbühne Weissensee, new on the expat Freiluft map – this year they’ll be kicking off the season with a range of classics in English (such as Blow Up and Bonnie and Clyde) or with English subs, including Wim Wenders’ Der Himmel über Berlin (Wings of Desire).

Two screens, a biergarten and direct proximity to the lake make it worth the trip. For future summer open-air highlights, watch this space.