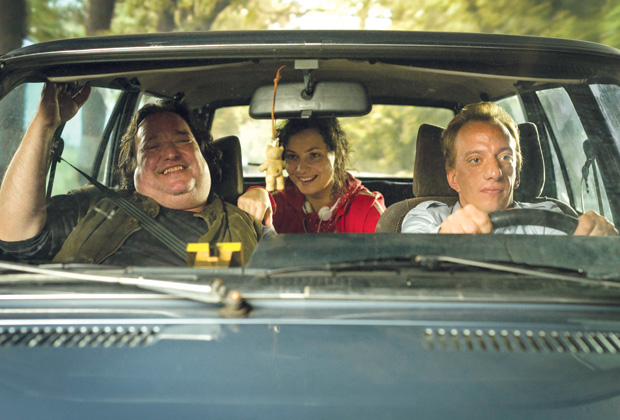 Whether documentary, feature or short, the Achtung Berlin festival presents a huge variety of movies shot or produced in and around Berlin, accompanied by discussions, workshops and parties. Some 80 films will be shown at the fest before their general release later in the year: a chance to get ahead on the year’s viewing schedule. Of those showing with English subtitles, we recommend the opening film Puppe, Icke & der Dicke (Apr 18, 20:00, Kino international), a sharp, curious comedy about the chance meeting of a blind Parisian woman on her way to Berlin to find the father of her unborn baby, a fat mute man named Bruno longing for the past and a berliner with Silver-Russell syndrome (dwarfism) on his way to Paris to complete a business deal. Dr. Ketel (Apr 21, 19:15, Passage 1) is a suspenseful morality tale, a black and white thriller set in Neukölln in the near future about a lone Berlin doctor who starts stealing from pharmacies to help the sick and uninsured when the Krankenkasse has gone corrupt. Noteworthy documentaries include Werden Sie Deutscher (Apr 19, 19:15, Filmtheater am Friedrichshain), which follows a group of immigrants attending a course at a Berlin adult education centre. The gentle, haunting counterpoint of classroom Germany and the reality waiting outside speaks louder than any fictionalised approach to this topic ever could. Berlinized – Sexy an Eis (Apr 21, 18:00, Babylon) takes us into the subculture that thrived in Berlin after the Wall came down, giving post-Wende arrivals a chance to experience the basement bars, performances, events and personalities that moved through the shadows in yesterday’s wild, lawless Berlin. The screening is followed by a party at .HBC (Karl-Liebknecht-str. 9). Achtung Berlin, Apr 18-25 | For a full programme, cinema addresses and additional screenings, go to the festival website under www.achtung-berlin.de