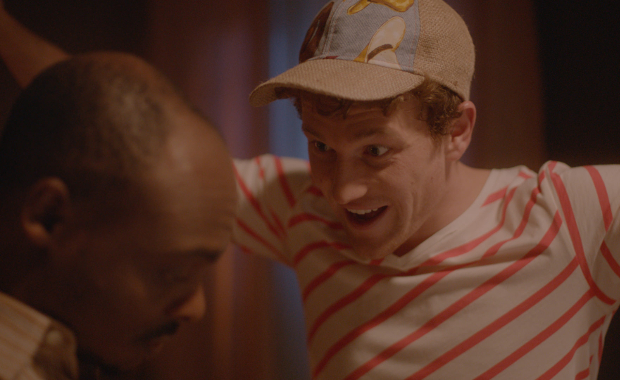 The 13th Achtung Berlin festival drew to a close yesterday, and it’s been my absolute pleasure to sit on this year’s Exberliner jury alongside filmmaker Jules Hermann, and Exberliner reader and film programmer Lili Hering. The Exberliner Award was conceived to shine a spotlight on a Berlin-produced film that offers an international perspective, and the titles on this year’s shortlist were a diverse bunch indeed, ranging from a 20-minute French sex comedy to a three-and-a-half-hour experimental Georgian drama.

Picking a winner was an enjoyably tricky task that entailed hours of intense debate. But ultimately, we were unanimous in our decision to honour Club Europa, by Franziska M. Hoenisch. On paper, it sounds like it might be covering overly familiar ground – it’s both a study of young people in cosmopolitan present-day Berlin, and a refugee story. But it’s a film that deftly avoids the clichés you might associate with both topics: there are no emotionally manipulative scenes of helpless migrants falling victim to overt racism, and nobody so much as sets foot in a techno club.

Instead, we’re offered a nuanced slice of everyday life in this city, a place where young adults flock from every corner of the globe in search of a more fulfilling, more exciting, or safer life. A group of friends – multi-national but all white, and acutely aware of their privileges – lease out the spare room in their stylish Kreuzberg apartment to a Cameroonian refugee named Samuel in a bid to give something back. But as Samuel’s position in society proves precarious, the limits of the group’s compassion is tested.

We were all impressed by the way the film gently subverts expectations, and allows its narrative to unfold organically – this a film that tackles big social issues without ever feeling heavy-handed or didactic. The powerful climactic scene works as well as it does only because we’ve been offered meaningful insight into the point of view of each central character.

We also gave a special mention to Ali Tamim’s My Father and I, a powerful short documentary that sees the filmmaker courageously attempt to make sense of his dysfunctional family life. We can’t wait to present both films together this Sunday (April 30) at Lichtblick Kino, from 8.30pm.