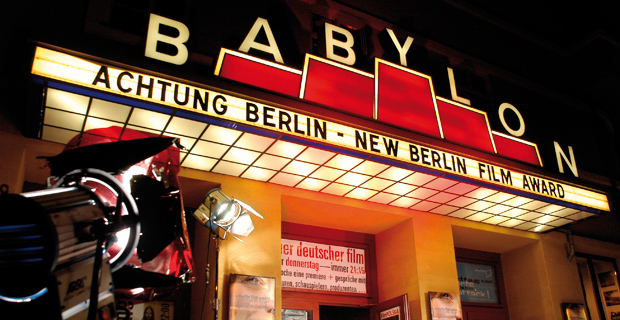 These days Berlin cinema is not creating that much fuss. But Achtung festival is here to show that the city still attracts many young filmmaking talents and production companies.

Above all Berlin remains a sought-after shooting location (often with the convincing push of the Berlin-Brandenburg Filmboard!). So the festival’s mission is to showcase films either produced or shot in the city (or Brandenburg) or by a Berlin-based director; or all of the above, be they in Spanish, Russian, Turkish, Polish or even Arabic.

The festival opens tonight, so don’t miss the opening film Die Letze Lüge (with English subtitles), a German comedy directed by Jonas Grosch followed by the opening night party both at Kino International.

And a good half of the films run with English subtitles, including Angel Express (a film from 1998 shown in its new 2010 director’s cut!), an intricate story taking place in the 1990s Mitte clubs.

More recent – and premiering at Achtung – is Verena S. Freytag’s Abgebrannt (Burnout, 2010, shown with English subtitles) about a young Berliner single mother of three sent by the social services to a mother-and-child retreat as an attempt to help her get a grip on her life.

Also highly recommendable: the intriguing 2011 documentary Gangsterläufer (Gangster Runner), which follows Palestinian refugee child and Rütli-Schule student Yehya over a period of three years. Yehya’s razor-sharp analysis of his own inability to break out of the crime-breeding structures he understands so well are probably the most challenging and authentic contributions to date on the ever-so-topical immigration debate.

Still want to see more of Berlin’s movie-making community? Get up close and personal at the official Achtung party on Friday, April 16 at NBI, or at the festival’s brunch the next day (April 17, 11:00, Babylon).