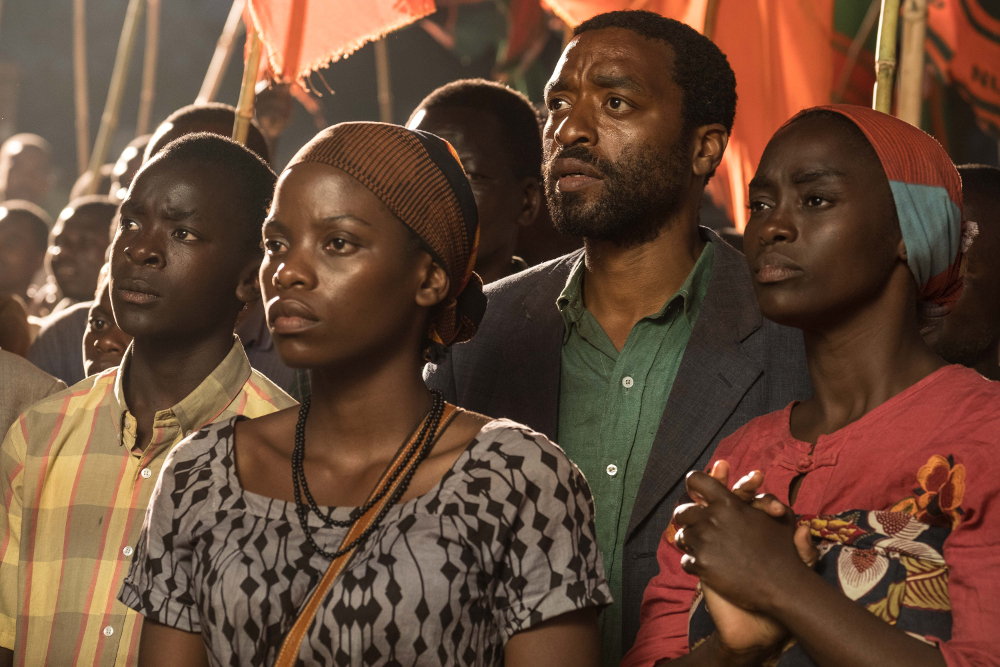 Aïssa Maïga and Maxwell Simba discuss their roles in The Boy Who Harnessed the Wind, the directorial debut by Oscar-nominated actor Chiwetel Ejiofor.

The Boy Who Harnessed the Wind tells the remarkable true story of how Malawian teenager William Kamkwamba built a wind turbine in his local village, saving his people from famine. It marks the debut performance of Maxwell Simba, 16, in the main role, and another acting masterclass from French veteran Aïssa Maïga as the boy’s mother. Ahead of the film’s March 1 release date on Netflix, they talked to me about how they identified with the characters and their relationship with director Chiwetel Ejiofor (check out our interview with the director as well).

Maxwell, how did you get involved with the film?

Maxwell Simba: They found me in my high school in Kenya. The arts teacher came in and told us there was an audition for a film about a boy in Malawi. I had to go out of my way to get a copy of the book and learn more about this story. Then the casting director from New York, Alexa Fogel, came to my school. She broke down the script and got to know more about me. After that Chiwetel came to Nairobi and we performed together to understand the chemistry. After I got the role we had regular Skype sessions between myself, the casting director, Chiwetel, and some of the other actors. I prepared a lot before we went to Malawi for the shoot.

Did you easily identify with your characters?

MS: I identified with some of WIlliam’s traits, especially his curiosity, and his love for electrical appliances and engineering. But there were some bits I didn’t identify with, like his history in Malawi and his tough background. In Kenya there isn’t the same hunger, it’s a much more developed country. So I had to go out of my way to learn more about William. While we were shooting he came on set. I would speak to him and observe how he acted in various situations.

Aïssa Maïga: I’m of African descent, from Mali and Senegal. For me the role was a way to pay tribute to the women in my family, and to all these African woman who go through hardships but stay very dignified, and who want the best education possible for their children. My late grandparents sent all their children to the French colonisers’ school, at a time when people of their social level never did that. But they wanted to send them there, including the girls, so they could master the culture of the invader. So school has always been at the centre of our family story. And my grandfather was a little like William Kamkwamba. He was very inventive, had a very technical intelligence and a vision for his community. So I grew up with these stories. When I read the script I was like: “I know them.” And I really wanted to tell this positive story about my continent.

You speak Chichewa, Malawi’s native language, in the film. How difficult was it to learn?

MS: It was tough because it was my first time speaking the language. But after some time with a dialogue coach I got the gist of it and it became easier and more interesting to learn more about the language.

AM: I had never heard Chichewa in my life. I had no idea it even existed! But we had a fantastic dialogue coach. Being in the country and surrounded by Chichewa-speaking people helped a lot. It was a challenge. But it became very helpful in terms of becoming the character to speak her language. It would have been harder in English. And less interesting.

How would you describe working with Chiwetel Ejiofor? Both as a director and actor.

AM: He’s very focused, very precise and very keen on seeing what the actors have to propose. He was curious about our vision for each scene. This was very flattering and empowering in terms of being the leader of your own character and having an active role in shaping each scene. He switched from being an actor to being a director. I tried to make his life easier. I had a lot of empathy. It was hot, we were in the sand, it was a physical shoot. But we were all together and I think we formed a family from day one.

MS: I started working with Chiwetel over Skype. Before meeting him in person I thought he would be sitting in a corner just observing, but he was very much involved in everything that happened. I realised he was very committed to making the film a success, even if that meant giving everything he had. I didn’t know it was his first time directing to be honest. He was very professional and precise with what he wanted. His energy kept us alive even when we thought we were too weak. He had more to do than anyone else. He had to check on the script, direct us, be with the editors for cutting, learn his Chechewa, and do his morning routine. If you look at such a person and your only job is to act, you just have to admire what he is doing and be there for him. He was really amazing. We used to have dinner every evening and I cherish those moments.

Aïssa, could you talk a bit about your experience as a black actor working mainly in France?

AM: I’ve been acting for more than 20 years. I’m very lucky: what I’ve experienced personally doesn’t look like what other black French actresses go through, or like what minorities in general  go through in France. I’ve worked with so many different directors and have had so many beautiful parts. But the challenge is huge in terms of pushing for diversity to become the norm. France is a very special country! The self-image is very positive in terms of human rights, but in reality it’s a very complex country in terms of its involvement in the slave trade, and the colonisation in the Second World War. And people there aren’t always willing to confront this.