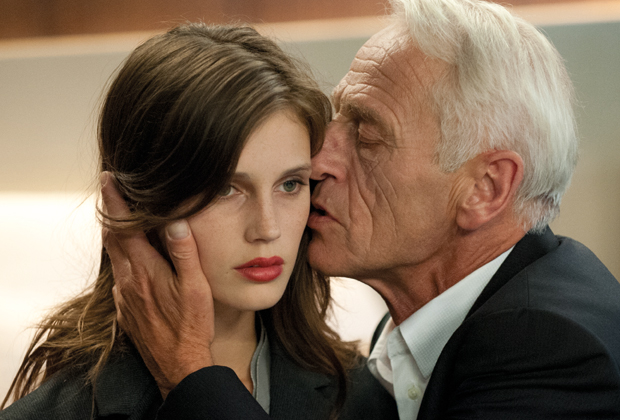 The film shows the sexual journey of a very young woman through ‘self-inflicted’ prostitution. Is this a learning experience?

I think one of the problems of the character in the film is that she has totally disconnected sexuality and emotions and she wants to join the two. Seventeen is a difficult age; you need to cut ties with your family and at the same time discover yourself. Very often you are unconscious about the danger. The girl does prostitution but she could have been addicted to drugs, or become anorexic, or committed suicide… The important thing is the fact that she has a certain violence against her body, and doesn’t really know that it can be dangerous. She discovers that in the film.

So adolescence is about testing limits, to see how far you can go?

Of course. I did this film because I think many French movies about adolescence are very nostalgic or “potache”… like American Pie. I wanted to give another option, to show something else, because my own adolescence was not like this, and I wanted to show the difficulties of this age.

The sex scenes are pretty graphic but never pornographic. What is your opinion on showing real sex in the cinema?

I don’t think it was interesting for this film to show something pornographic. I didn’t want to become vulgar, because the situation already was, and I wanted to be respectful with the character because she doesn’t have so much pleasure. I tried it in one film, Five Times Two. At the beginning it was Six Times Two because of this scene in the middle of the film which was supposed to be totally pornographic. And we did some tests with porn actors, we shot some scenes and it was so boring to film sex, real sex, that I decided to cut everything. I realised that pornography doesn’t really interest me.

At first your main character is ‘young and pretty’ and vulnerable, but little by little you can see her emancipation, how she takes control. She becomes a danger…

But I think adolescents are dangerous, the girls especially. In some families, when the girl becomes beautiful, she seems to be a danger for the family… There are many cases of incest, etc. So yes, what interested me was to show the hypocrisy of the world of adults in front of such a beautiful girl. Like the stepfather who says some stupid things: “Well, it’s normal, your daughter is so beautiful…” He understands why men want to have sex with her.

So is beauty dangerous?

Yes, it is. It’s funny, the film was released in Paris a week ago and I spoke to a psychoanalyst who had seen it, and he said, you know, there is the syndrome of beauty. Girls who are so beautiful they become spoilt, like Catherine Deneuve in Belle de Jour – it’s too heavy to be so beautiful, and they want to be accessible again, to go with dirty men or whatever…

The last scene shows Marine Vacth in a confrontation with Charlotte Rampling. Was the intention to create a connection between those two beautiful women and actresses – as objects of desire?

I had two choices for this part: Catherine Deneuve or Charlotte Rampling. Deneuve would have been too funny, too much… Whereas Charlotte Rampling suited the part because of the films we have done together and her own previous films, and because she’s the same kind of actress as Marine, very sauvage, wild, mysterious, and the same kind of beauty. She’s like a mirror of Isabella, older. But you don’t actually know if this scene is real, it could have been a dream, an older version of herself…