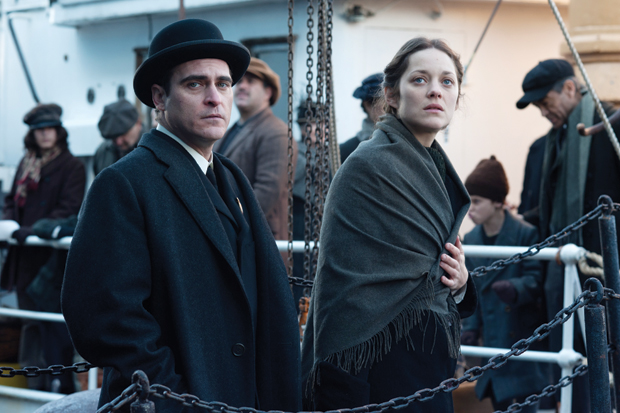 Oscar hopefuls and Kickstarter darlings will once again be rubbing elbows for this year’s Unknown Pleasures fest as the American independent showcase with the Mancunian album name reaches its sixth year.

Opening night hosted the Berlin premiere of James Gray’s sepia-drenched Ellis island fable The Immigrant, concerning a Polish woman, delicately played by Marion Cotillard, who is forced into prostitution upon arrival in New York. Missed it? You can catch it again at the very tail-end of the fest on January 15.

Gray’s film premiered at Cannes last May alongside one of this year’s more darkly lighthearted offerings, Alexander Payne’s Nebraska, in which Bruce Dern offers a fine reminder of his talents as an ailing man on a cross-state mission to cash in a dubious sweepstakes letter.

Robert Redford gives a similar late flourish as he faces the elements on a doomed sailboat in J.C. Chandor’s one-man show All Is Lost.

Redford’s Sundance festival is represented here with two of last year’s well-received films: I Used to be Darker is Matthew Porterfield’s story of an Irish runaway and the crumbling Baltimore relatives with whom she takes refuge, and Brie Larson stars as a foster care worker in Destin Daniel Crettin’s Short Term 12.

This year’s Special Program will focus on socialist documentary maker Travis Wilkerson and includes An Injury to One, his study of Frank little, a union agitator who was lynched by the capitalist leaders of Butte, Montana – a town whose factories provided 10 percent of the world’s copper – as well as a number of restored films including Thom Andersen’s Los Angeles Plays Itself, a video essay on the City of Angels composed entirely of clips from the movies.

For dates and times, check www.unknownpleasures.de.