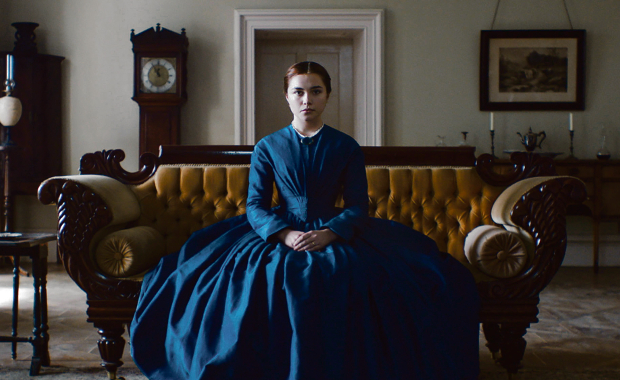 Wiliam Oldroyd on oppressive silences and fighting the patriarchy in Lady Macbeth.

What was it about this project that appealed to you?

Alice Birch’s script was fantastic, specifically the lead character of Katherine [Florence Pugh]. We’ve all been brought up on these British period dramas with women who try to rebel but are quickly put back in their box, and what I loved about Katherine is that she fights back. She refuses to be a victim and kicks back against the patriarchy. For me, the script represented a development of the period drama, one that steered away from melodrama, with a fleshed-out, morally complex protagonist.

Your background is in theatre. Was it an easy transition from stage to film?

Having a camera changes a lot of things. In theatre, you often try something out and certain aspects grow and evolve all the way through rehearsals and into the performances – it feels like an ongoing process. In theatre, you don’t have that luxury of time. We had 24 shooting days and you have a finite period to get a scene done before you have to move on.

The action, for the most part, takes place in one location. Were you nervous about it seeming too theatrical?

Absolutely. I didn’t want it to feel like filmed theatre, and working closely with cinematographer Ari Wegner and editor Nick Emerson made it much more cinematic. We didn’t have the budget for the extras, carriages and swooping aerial shots you get in many period films, nor the budget to film in too many places, so we made the most of the castle. The huis-clos aspect helped with its stifling quality, but also made me think about how to film each room differently, to make the most of close-ups, and to use wide lenses indoors as well as outside.

The sound design is striking, particularly the lack of musical score.

I wanted to find the emotion in the scene rather than in the score. We used sound to create contrasts and bolster the storytelling. There was a natural silence when filming in the castle that created a strange vacuum. It meant that when there was a rustle or someone breathing, you were very aware of it. We wanted to retain that quality, as Katherine is holed up in this world where there is an absence of chatter and life, and where sudden bursts of sound seem by contrast to be quite violent, whether it’s the shutters or the brushing of someone’s hair. When we moved into post-production, we turned certain sounds right up. A lot of people seem to find it uncomfortable to sit through because of the silence. In some cinemas, you could even hear the sound from the screens next door!

Florence Pugh is mesmerising as this antiheroine. How did the casting come about?

I’d seen Florence in Carol Morley‘s film The Falling and when she came to audition, she really stood out. She managed to bring to life this transition from caged girl to Lady Macbeth, and emphasised the tension between her restrictions as a woman living in the 19th century and the way she reacts, which feels modern. She’s terrific.

Most period dramas are overwhelmingly white, but here we have a signifiant black character, the maid Anna [Naomi Ackie]. Was this a conscious push for diversity on your part?

We had an open casting, met a lot of actors for all the roles and cast the best actors for each. We didn’t want to make a political statement, but we did want to reflect the reality of the time, as records show that Britain was far more diverse than many period dramas would have you believe.