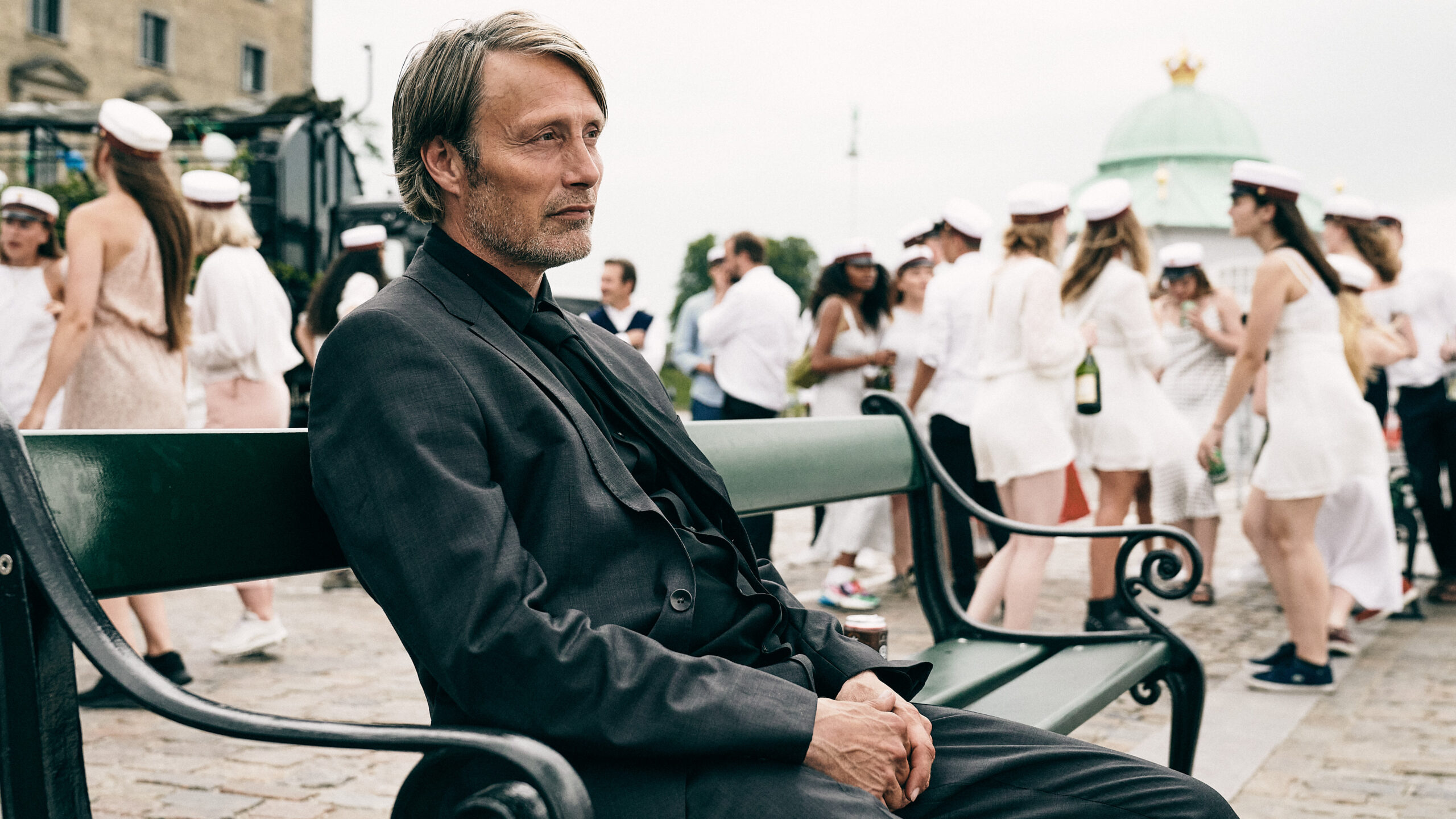 This year’s Best International Feature Oscar winner, Another Round (or, more catchily in its original Danish, Druk, which translates to ‘binge drinking’), sees Danish filmmaker Thomas Vinterberg team up once more with Mads Mikkelsen after 2012’s The Hunt to tell the story of a group of four high school teachers who embark upon a pseudo-scientific experiment. They learn that the human body has a slight blood-alcohol imbalance: as per the hypothesis made by Norwegian philosopher Finn Skårderud, humans are born with a 0.05 percent alcohol deficiency, meaning that, theoretically, maintaining a steady bender could unlock untapped potential. Embracing this theory, they set about sustaining a level of controlled intoxication to see if it could improve their personal and professional lives, and get them out of looming or already set midlife atrophies.

Behind the brazenly enticing narrative hook is a thoughtful and frequently hilarious character study. More than a midlife-crisis film about stunted masculinity – something we’ve seen countless times before – Vinterberg lampoons the genre by tapping a melancholic vein. His protagonists come to terms with the past, cling onto friendship, and remember that while time passes, not everything fades with the years.

Like in their previous collaboration (though here in a much lighter register), Mikkelsen is terrific in a role that demands versatility at every turn: he brilliantly runs the gamut from despondent, deflated to reborn. Another Round wisely never condones or condemns what the characters are doing. It avoids unwarranted moralising and never stoops to Hangover-esque juvenility and instead cheekily provokes by delivering on its tragic-comic potential. It becomes a film about remembering to celebrate life in the face of the past’s leftover hopes, which can be as addictive as any intoxicant, and its bittersweet-yet-invigorating final minutes is the best climactic sequence you’ll see all year.