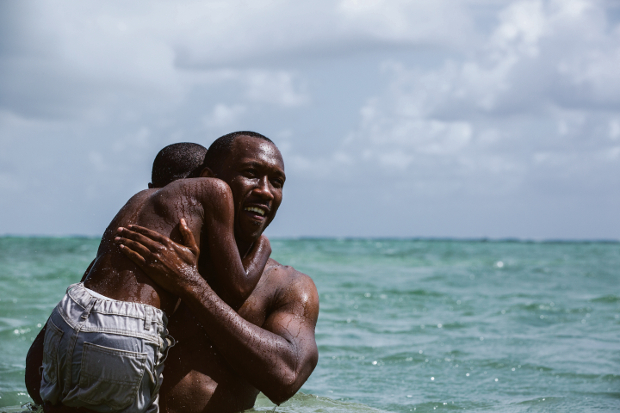 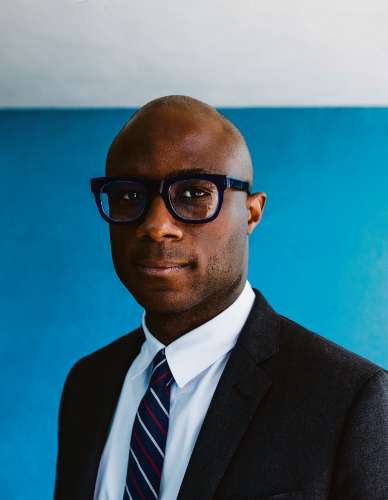 The film, which follows a gay African American through three key stages of his life, finally sees its German release March 9. We sat down with the director following his Golden Globe win for Best Drama and prior to his big Oscar win to talk about his beautifully observed and daring coming-of-age story.

How surprised were you by the rapturous response Moonlight has received?

Extremely! It’s the little movie that could. It’s very flattering to be nominated for awards, but sometimes what gets lost in that is that this is not a conventional film. The structure is a bit unconventional, and the visual style is definitely unconventional, especially for what you would expect from a social realist film like this. All those things for me added up to a film that wouldn’t be as universally embraced as this has been.

What resonated with you about the play on which this is based, Tarell Alvin McCraney’s In Moonlight Black Boys Look Blue?

It was the mother character, played by Naomie Harris in the film. My mom was very similar to Tarell’s mom, and I was immediately taken by this visceral and truthful depiction. Plus, we’re from the same neighbourhood. I recognised these elements and thought it was something that hadn’t been shared before.

To what extent do you regard the film as a specifically black experience?

Well, we open the film with [Kendrick Lamar’s] “Every Nigger is a Star”, and you see nothing but black faces over the run of the film because it is the unfiltered depiction of a black creator. It’s funny because there’s a lot of conversation about whether Moonlight is a black film, a gay film, or this, or that. I think it’s intersectional, but it’s definitely a black film.

How important is it for you to represent this?

I tend to mention Spike Lee when I talk about this. I admire him because for 20 or 25 years, he basically carried the burden of representing the African American experience pretty much all by himself. There were other filmmakers who came along every now and then, but Spike did it the most consistently for so long. I think that now, we’re in a place where there are so many different filmmakers working in the diaspora that none of us have to speak for the entirety of the black experience. The film industry in America has always been dominated by white gatekeepers, and what often happened was that in order to have access to their power, you had to give access to your voice. And I think that now, because the cost of filmmaking is so low, we’re living in a moment when access to that power does not mean access to my voice. That’s what I mean when I say that this movie is coming through an unfiltered black consciousness.

Can you elaborate on your approach to these characters, who are living rough circumstances and whom you show an enormous amount of tenderness for…

Part of that goes back to what I identified with in Tarell’s play, which was again the character of the mother. My mum and I went through some very tough times. She lived a very hard life and I have no bitterness towards her, so any rendering of her through my eyes was always going to have a certain tenderness. I tried to approach all the characters in that same way. The whole piece exists because of the friendship the playwright had with this local drug dealer, who took Tarell under his wing. Often times we have stereotypes because that character originates outside the culture. In this case, these characters originate from within the culture. There’s the idea that a black drug dealer is only a black drug dealer: he’s not a father, a son, a cousin… But where we grew up, we knew that these people were not the sum of what they do. Drug dealing doesn’t make you purely a drug dealer, and that was our approach to the whole piece.

All three actors have a similar sensibility and the same shy eyes. Is it true that you didn’t work with all three together and that they didn’t rehearse together?

Yes, there were not allowed to rehearse together. First of all, we couldn’t afford to have any rehearsals, so I tried to make that work to our advantage. They never met until the Toronto film festival and they were not allowed to watch each other’s footage. But I think one of the themes of the film is how the world is creating situations which force these young men to become a different person. They remake themselves as a response to what society accepts as manliness and what society says is not manly enough. I thought that in casting three different people to physically embody that, you could get to the third part of the story and think “Shit, this guy overcorrected.” He’s worked out way too hard and all the vulnerability and tenderness that we saw previously is gone. He’s taken that tenderness and forcibly pushed it away. Not having the actors meet was another way for me to put my foot down and say that this was the same character, but a different person.

Can you tell us more about the casting process…

When Trevante Rhodes, who plays Chiron in the third part of the film, came in to audition, I judged him. I thought that he was not sensitive enough, not vulnerable enough. People have an exterior and we assume things about them and I did the same thing. But then he auditioned and proved me wrong. It was then that I thought that if the audience can make the same journey in the cinema as I just did during the casting process, the movie will work.

Why is it seemingly harder to be gay in a black community?

I think it definitely is, but the idea that it’s amazingly tougher to come out in a black community is a bit skewed. I’ll tell a story: there’s a scene early on in the film where the kids are playing football. This is a game we used to play as kids and we called it ‘Throw Up Tackle’: you throw the ball up, and whoever gets it, you tackle them, like in rugby. So, we’re filming this scene and there were quite a few white guys in the crew, some of which were quite conservative guys from the midwest. One of them asked what the game was and I replied: “That’s Throw Up Tackle”. And the guy goes: “Oh shit, we used to play that game when I was a kid too, but we used to call it ‘Smear The Queer’.” I played this game my whole life and sexuality had nothing to do with it. Now, it is about power, but sexuality was never overtly a part of it. But here’s a guy from a pretty much exclusively white community who played the same game and it’s all about vanquishing or dominating the seemingly sexually emasculated kid… The other side of this is that the history of black people in America is a history of subjugation. We were brought to America as slaves and because of that when we gained our freedom, it was very necessary for black men to overly assert their masculinity. The idea was that now that we are free, if we show any weakness, there’s a possibility that we will once again not be free. There’s always been the idea and performance of masculinity for black men as, in the history of America, it was the difference between life and death. Now, while people don’t literally think about these things or even realise, I do think there is some legacy and because of that, masculinity amongst black men is different than masculinity amongst white men.

Did you talk to Tarell about his experience of coming out?

I did and he told me that he was not afforded a coming out. In our community at the very least, he was told he was a faggot before he even fully understood what a faggot was. The otherness in him was seen and seized upon by more masculine-presenting people in the community. What he says is that it’s a privilege to have a coming out moment, and that privilege was taken away from him because in the world that we grew up in, masculinity is such a gated and guarded thing.

I did! I think the movie arrived at the perfect moment, to be honest. It’s no coincidence that it arrived two or three years after the US Supreme Court ruled that same sex marriage was a constitutional right. If you’re the kind of person who is uncomfortable with watching two men walking down the sidewalk holding hands, you better get over that shit, because you’re about to see a lot more men walking down the sidewalk holding hands. People are going to have to take down their barriers.

Considering the timing of this film’s release, Moonlight straddles two eras: Obama’s America and Trump’s. With a film like yours that refuses to be binary, there seems to be a clash…

Refuses to be binary, I love that! In the US, the film came out a few weeks before the election and it’s been in theatres post-election, and I did see the reaction from general audiences change in a post-Obama America. I think people were looking for something to affirm that America was not this homogenous place, where there was only one accepted version of living an American life. But it’s weird because the movie was made under the umbrella of an Obama presidency. All these works we have right now that are being framed as responses to the election of a new president, they were all developed, written and filmed under a much more inviting standing administration. I don’t know what that says about the context of the film now, but I am glad the movie exists in this moment.

Would you tell the story differently now?

Probably. I do think you’re going to see filmmakers making movies more aggressively in their own voice. It’s going to be necessary in a post-Obama America. I’m sure you saw the disastrous press conference and the press secretary lying about the crowd size at the inauguration… what the fuck was that? It was so blatantly dishonest and deceitful that it’s very quickly made us all aware that we have to really double down and tell the truth, because on the other side, they’re going to tell their alternative truths.

Moonlight has already won the Golden Globe for Best Drama. What would an Oscar nomination, or even win, mean for you?

Well, Tarell and I grew up like the kid in this movie, and that kid does not win a Golden Globe… And yet, here I am. The kid in this movie does not get nominated for Oscars, and knock on wood, maybe the kid in this movie will be nominated for an Oscar… I think that’s very important to people who are living in our neighbourhood, which still exists since we filmed there, that they and others see that growing up in a certain way or in a certain area does not mean anything. Not that winning a Golden Globe means anything. It’s 93 people who are choosing their favourite… But as a symbol, it means quite a bit. That said, when I make a film, I’m not thinking about that, and if I wanted to make this film to win an Oscar, it would be very different. (Laughs) There would be a lot more tears, I don’t think Naomie Harris’ performance would be as aggressive as it is, there would be hand-holding at the very end and skipping off into the sunset. But that’s not the film that I set out to make.