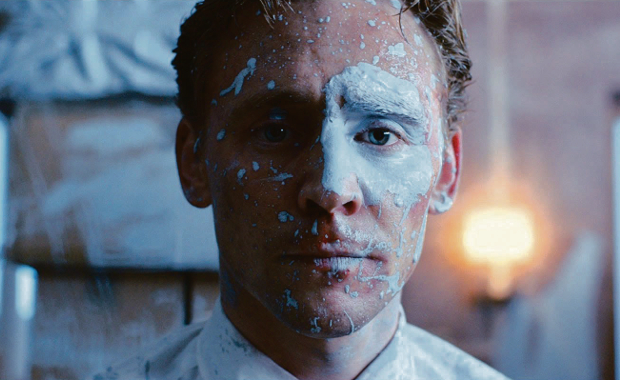 After several failed attempts to bring JG Ballard’s novel High-Rise to the silver screen, the British director behind some of the last decade’s most ambitious films (the nerve-shredding hitman genre anomaly Kill List and the trippy period piece A Field In England, to name but two) tries his hand at dystopia. Ben Wheatley discusses his adaptation, a social commentary that doubles as a sci-fi satire about one man’s place in a hierarchic housing complex set in the Iron Lady’s England. Part Orwellian, part William Goulding, this surprising and often baffling film holds a mirror up to the inner workings of class systems and promises to be one of 2016’s most polarizing releases.

High-Rise is quite an intense social commentary, especially with the inclusion of that Margaret Thatcher quote at the end of the film (“There is only one economic system in the world and that is capitalism”). Was it always your intention to make a film that can be read as anti-capitalist?

I think there’s politics in all the films I’ve made. Both Amy (Jump, Wheatley’s screenwriter and wife) and I felt that history is being re-written around us and incidents are being airbrushed out. The inclusion of the quote can be read as anti-capitalist but it’s more about how people are dealing with the legacy of Thatcher: it seems to be a much rosier picture than I remembered! (Laughs) It seems that there’s a whole generation of people that think it was all alright and that she was just a nice old lady. There’s even movies made about her and it’s like watching fucking science fiction! I thought “I lived through this, and this doesn’t make any sense!” I included the quote because for me, hearing Thatcher’s voice is chilling. I find it terrifying and she’s very much the architect of all our problems now as well. The ending of High-Rise for me is like the ending of John Carpenter’s The Thing or the end of Terminator: something’s coming that’s much worse, in this case Thatcher. There’s a storm coming. [Laughs]

So you’d say that this is a pessimistic film?

Well, we know what happened: the Tories got in and they were dreadful, and having spent ten years hoping for Labour to save us, they turned out to be fucking dreadful when they got in! They had more days committed to war than Thatcher – that’s unconscionable! All dreams are crushed.

The look of the film feels period but also oddly futuristic. Was it always your intention to set the film in the 1970s or was it discussed that High-Rise could be set in some sort of imaginary future?

Well, social media breaks the book. The problem is that the modern thriller is slightly stuffed by mobile phones because you always have to have an excuse as to why they don’t work and why people don’t immediately call the police. I didn’t want to get into all of that. Ballard predicted in his novel that people would have smartphones and would be taking pictures of each other with these devices. I wanted a pocket universe, something that sat outside of the timeline. Also, period movies and sci-fi movies work in the same way: they take modern issues and they talk about the present from a safe distance.

Was Tom Hiddleston your first choice for the role of Laing?

Yes, we wanted him from the start. You can see a certain nervousness he has in the Marvel films: he feels like he’s a good man trying to be good but not always succeeding. I find that ambiguity interesting. We all wear a mask and we all try not to be bastards; the success of your life is how much of that you manage to mitigate. You want to be as good as possible but you often fall back and disappoint yourself.

You previously used cover versions of songs in Sightseers, with “Season of the Witch” and “Tainted Love”. In High-Rise, you include covers of ABBA’s song “SOS”. What is it about cover versions that appeal to you?

There’s something about covers and two different versions of the same song that plays a memory trick. It drags you back into remembering part of the film, but in a different way. The Portishead version of the ABBA track drags back the memory of what the building used to look like at the height of its glamour while you see it destroyed. A lot of cinema is about fake memory and engineering fake memories within the audience, but you’ve only got a small amount of time to do it. Music is a hook that will recall you like that. It’s why you have recurring themes in a score. “Oh, it’s the Jaws theme, the shark’s coming!”, but it harks back to an earlier time at the beginning of the movie. It doubles-down all the time, so you feel the dread of what you felt already plus the dread of the thing you’re watching again. I like creating a layering of experience.

One last question: the film opens with an unconventional barbeque… Can you confirm that no Alsatians were grilled during the making of High-Rise?

It was a fucker that dog! I wanted to kill it, but there are so many laws that protect it, and quite rightly! (Laughs) That dog was an absolute shit and was the most difficult non-performing animal I’ve ever dealt with. Dan Martin, who’s my prosthetics and special effects guy, did a brilliant job… so I can confirm there isn’t an Alsatian with only three legs wondering about.