Tweaker Nazis, Brandenburg beaches, Weimar satire and happy endings: these summer reads will teach you everything you wanted to know about Berlin, and a few things you didn’t. Germany? Germany!: Satirical Writings: The Kurt Tucholsky Reader By Kurt Tucholsky, translated by Harry Zohn (Berlinica, Jul 2017), €15 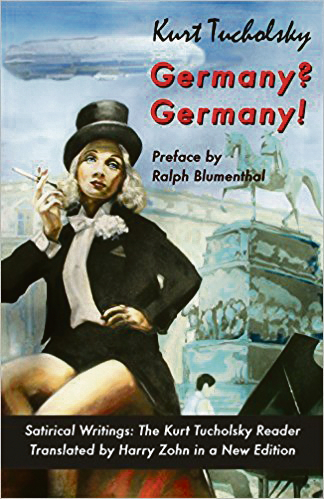 Election year in Europe and Germany. What better time to revisit the works of Berliner Kurt Tucholsky (1890-1935), the great Jewish satirist, journalist and individualist? First printed in English translation in 1989, Germany? Germany!: Satirical Writings: The Kurt Tucholsky Reader has just been republished, providing readers with introductory musings from both translator Harry Zohn and former New York Times Berlin correspondent Ralph Blumenthal. The reader opens several windows onto Tucholsky’s extraordinary range of targets as well as an immense diversity of thought, tone and idiom. As the city of his birth and hearth of Prussian officialdom, Berlin is often present. In the 1922 vignette Little Man Outside a Tavern, Tucholsky observes a man observing others in a Potsdamer Platz bar; the everyday scene becomes a metaphor for the Weimar Republic’s thirst for hierarchy and mindless yay-saying. And here is his Jewish-Prussian nemesis Herr Wendriner, the epitome of a bullying official, lamenting the trials of childrearing (“this flightiness, this carelessness, these bad manners – where did the boy get them from?”), or tailoring his political suit to fit the times (“I voted Staatspartei because somebody had to take responsibility…”). During the Weimar Republic, Tucholsky flirted briefly with socialism but never joined a party, preferring the satirist’s privileged distance to political commitment. Seen in tandem with other forms of self-imposed exile such as his disassociation not only from his own Jewish heritage (he wrote of himself as a Jew without religion) but also from Germany, the country he left in 1924 but continued to love and criticise, the burden of alienation proved overwhelming. Chronic sickness, isolation and despair at developments he had foreseen but failed – as he saw it – to prevent led to his suicide in Sweden in 1935. Crushed but not silenced, Tucholsky’s satire remains prescient. As conformism, petit-bourgeois concerns and fear of the other dominate political manifestos, Tucholsky’s 1920 writing on borders is a must-read: “But you, the foreigner of modern times, are driven from place to place; here you are refused a visa and there you are denied a residence permit, here you must not consume any bacon and from there you must not export any … But nothing, neither borders nor soldiers, can separate men in the long run if they do not want to be kept apart.” –EL Berlin: 69 Erotic Places By Dirk Engelhardt (Self-published, May 2017), €19.95

Help is finally at hand for Berlin’s schwanzgesteuerte (“cock-steered”) sex tourists. Yes. You. Berlin journalist Dirk Engelhardt spotted a market gap bigger than Long John Holmes’ legendary 33cm trouser tool in Berlin’s sex scene. “It’s the world’s sex capital without a sex guide,” says Engelhardt, 50. To research Berlin: 69 Erotic Places, Engelhardt strayed into dens of iniquity your mother told you not to visit: strip clubs, gay clubs, S&M dungeons, burlesque revues, swinger clubs, whorehouses, flirt universities, you name it. He even selflessly road-tested Berlin’s smack-addicted streetwalkers and “hobby whores” like Sally, a 26-year-old self-professed “gangbang addict” who makes €150 an hour. There are some interesting tidbits on tantric sex, carnal museums and pheromone perfumes, but most of Engelhardt’s guide is rather icky in the most hackneyed of ways, aiming at a resolutely conservative public of pervy straight cis men. His coverage of the city’s legendary gay scene barely extends beyond Tom’s sex club and a shout-out to Christopher Isherwood’s old flat, and there’s no mention of the recent spate of queer, sex-positive parties (which is probably a plus – the kind of guy who’s keen to know which Thai massage parlours off er happy endings would hardly be welcome at Pornceptual). Does sex sell? Since his book’s May publication, the Berlin sexpert says, “I’ve sold 40 copies in German and two in English.” Better translation might’ve helped with the latter – although sentences like “It is self-explanatory that the coffee cream does not land in the coffee” are amusing in and of themselves. –GA Blitzed: Drugs in Nazi Germany By Norman Ohler (Penguin Paperback, May 2017), €8.99 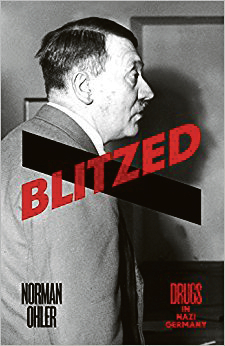 If you still haven’t read this bestseller, out in English in Germany since May, do it now! It’s the perfect Berlin summer page-turner, a non-fiction thriller that’s stranger than fiction. German novelist Norman Ohler immersed himself in archives in Germany and the US and dug up evidence that German society during the Third Reich, from the Nazi leadership and the military to broad swathes of the civilian population, was using and abusing Pervitin, a legal methamphetamine. The drug, basically crystal meth in pill form, was produced by the tens of millions in the Temmler factory in Berlin. Accounts of generals, tank commanders and fighter pilots suggest that Pervitin allowed soldiers to stay awake, alert and fearless for days on end. Ohler believes meth use in the military played a decisive role in the Blitzkrieg victories at the beginning of World War II. Furthermore, after a detailed reading of the archived notes of Hitler’s personal physician Theo Morrell, Ohler concludes that the doctor injected the dictator with so much of the opiate Eukodal that he was an addict by the end of the war. When, in the final months, the drug became scarce, Hitler’s raving mad behaviour could be partly attributed to withdrawal symptoms. Some historians accuse Ohler of exaggerating the impact of drugs on both the German war effort and Hitler’s decision making, so it’s probably good to approach this book with a dose of scepticism. Still, it’s a cracking good read, after which you’ll never see Germany’s darkest chapter the same again. –SG Berlin Calling: A Story of Anarchy, Music, the Wall, and the Birth of a New Berlin By Paul Hockenos (The New Press, May 2017), €17.99 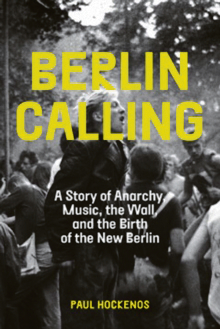 With that wordy addendum, former Exberliner contributor Paul Hockenos sounds like he’s got the ultimate tome about Berlin’s fabled and glorious underground scene – and like he’s truly integrated into the way Germans do their book titles. Here since 1985, Hockenos has experienced a great deal of what his book sets out to chronicle: the great divided city, the Island of West Berlin, reunification and the wild 1990s. Starting with “Learning to Love the Wall”, Berlin Calling (unrelated to the Paul Kalkbrenner flick) outlines the Cold War climate that allowed for the city to become a hotbed of subculture and traces the dots through all the usual suspects, from Bowie to Christiane F. to Nick Cave, as well as Blixa Bargeld, Malaria! and Love Parade’s Dr. Motte. Next he jumps the Wall to detail scenes in East Berlin before tying everything together for the post-reunifi cation years. An ambitious project to be covered in a scant 310 pages. While much of Hockenos’ material has been documented with more depth and insight elsewhere, Berlin Calling provides a decent introduction before you dive into Wolfgang Müller’s firsthand account Subkultur Westberlin or Berlinale smash B-Movie. The real downside is the dearth of photos, but then there’s the excellently documented SO36: The Book to fill in that gap. A soundtrack CD might help, too… –WC Take Me To The Lakes By Karoline Rosina and Nils Kraiczy (The Gentle Temper, Feb 2017), €19.90 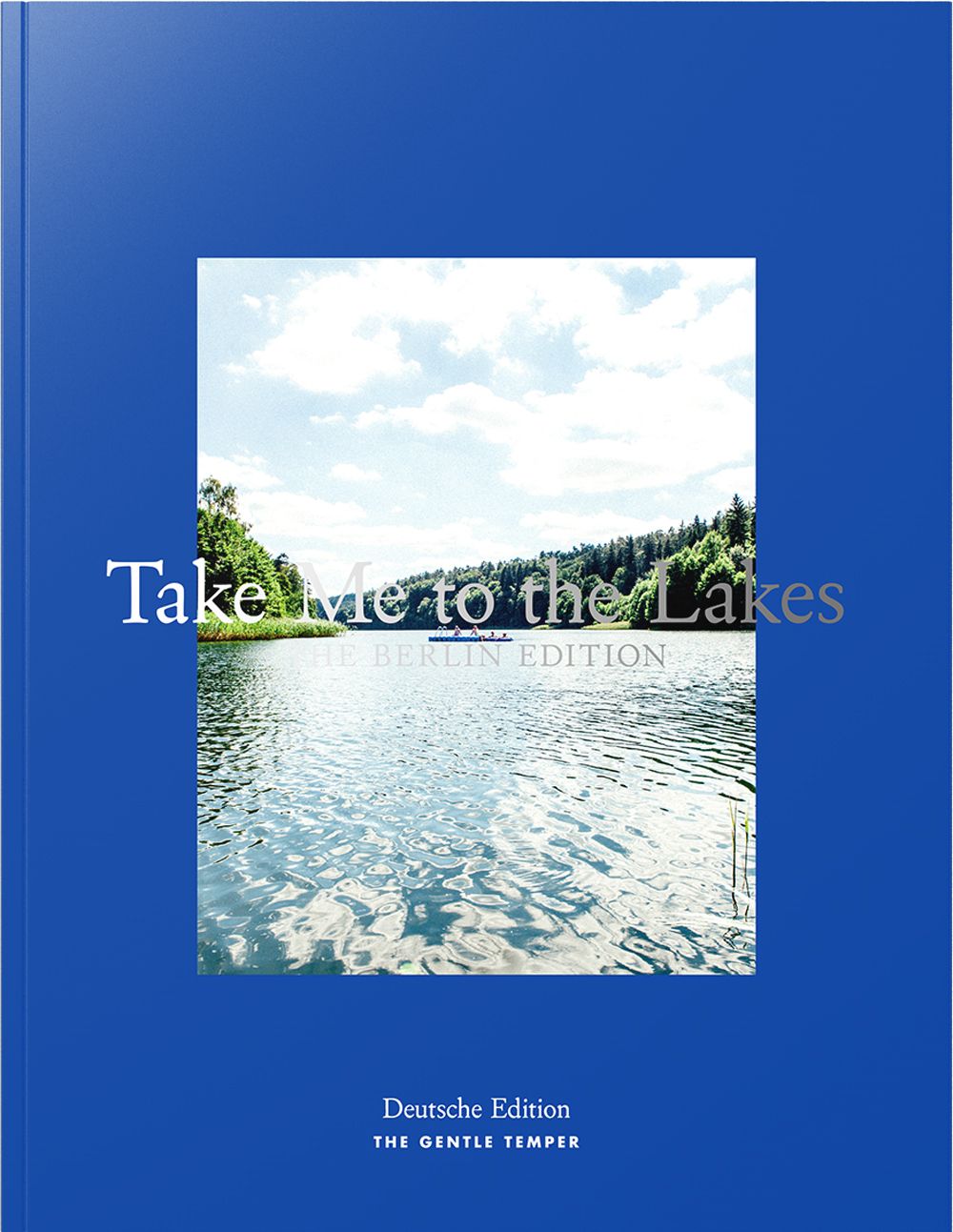 Ah, the perfect Berlin lake day. A long, lazy afternoon of swimming in crystal-clear water, sunbathing on soft green grass and picnicking under leafy trees, totally unimpeded by crowds, overpriced concessions, train strikes, stiflingly hot tram rides, dead fish smell, freak thunderstorms, wasps, portable speakers… okay, pretty much any Berlin lake day is guaranteed to have at least one of those things. But if you can’t stop searching for the Platonic ideal, German publishers Karoline Rosina and Nils Kraiczy have got your back with Take Me to the Lakes, a nearly 300-page guide to 50 of Berlin and Brandenburg’s 3000-odd wet spots, plus nine lakeside hotels and guesthouses. It’s pretty as hell, with full-page photos strategically cropped to omit any Asi hordes or wrinkly FKK scrotums. What could have been a vapid lifestyle accoutrement is instead endearingly nerdy – the book opens with a scientific treatise on water quality and ends with GPS coordinates for each lake’s points of interest, from the beach volleyball court at Grimnitzsee to the uprooted tree-turned-diving board at Krumme Lanke. Personally, we’d rather have a little more info on public transit accessibility than on surface area or maximum depth. But while you may have to do some Googling to actually reach these idyllic-looking watering holes, which inevitably won’t meet the expectations generated by those gorgeous pics, there’s nothing wrong with a little aspirational eye candy. Road trip to Tonsee, anyone? –RG