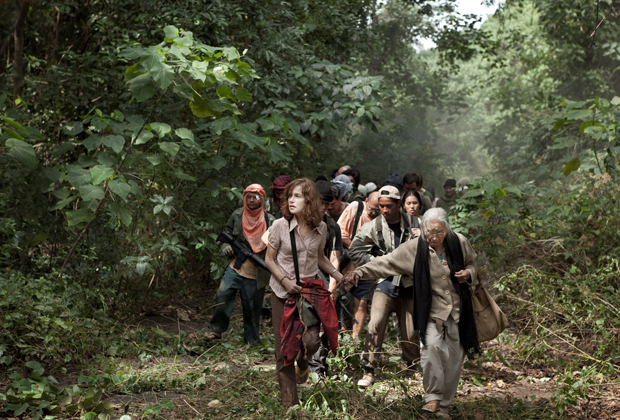 Asian films have been a staple of the Berlinale since the 1980s, and after nearly three decades, a Filipino film has again been selected for the Competition.

It’s joined by The Flowers of War, (out of competition) a historical drama set around the Japanese invasion of Nanking in 1937, for which the People’s Republic of China and director Zhang Yimou famously snagged Christian Bale in a leading role – and stumped up $90 million for the Chinese-record-breaking budget.

Berlinale goes Bollywood for a third time as Shah Rukh Khan returns with Don 2 (Special). Filmed largely in Berlin it will doubtless elicit the kind of hysterical response he’s become accustomed to.

The Forum section focuses this year on 3/11, or the Fukushima nuclear disaster, with three Japanese documentaries highlighting different aspects of the tsunami fallout.

Choked (Forum) from South Korea, directed by Kim Joong-hyun, features great performances from characters caught in a debt spiral, matching Asian phlegm with a volatility sparked by the need to conform and perform.

The Woman in the Septic Tank (Forum) from Philippine director Marlon Rivera takes a humorous, self-reflective look at the Philippine film industry as brash young film makers target western awards with stereotypical shock material: which nationality should that child-buying paedophile have?

A surprise contribution from China: Bugis Street Redux (Panorama), directed by Yonfan, takes up the studied artificiality of Asian theatrical traditions, linking it to artifice as a way of life as the “sexually reassigned” inhabitants of a hotel situated on Singapore’s legendary Bugis Street seek happiness against the odds.

Headshot (Panorama), from Thai art-house director Pen-ek Ratanaruang, explores the theory that evil genes will triumph unless given their comeuppance in a neo-noir hit man movie, with an outstanding performance from the lead actor whose doe eyes permanently reflect on the passive-active ambivalence of his situation within the society that engendered it.