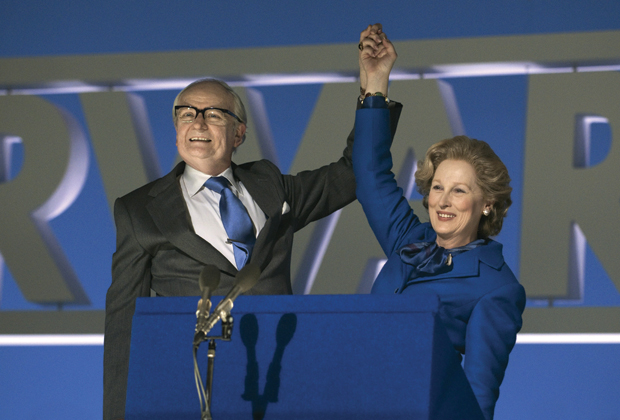 The delicacies in highest demand are the big names and headline-grabbers. Let’s start with Meryl, last seen here in 2006. Streep’s staggering 35 un-botoxed years in film have just earned her a 17th Oscar nomination and will be recognised with a Honorary Golden Bear for Lifetime Achievement, to be presented at a screening of the Thatcher biopic The Iron Lady on February 14 at the Berlinale Palast. Accompanying Streep’s accolade in the Berlinale Homage section are (only!) six of her films.

Angelina Jolie is no Berlin novice (wasn’t there some flat on Torstraße?) and she won a Silver Bear with the rest of the Good Shepherd cast in 2007, but it’s the first time she’s putting in a live appearance – for In the Land of Blood and Honey, her directorial debut. Depicting the Bosnian conflict with a locally recruited cast, it has raised hackles for its controversial portrayal of Serbian soldiers as well as bringing on a plagiarism suit.

The festival’s opening film Farewell, My Queen views Marie Antoinette’s last days through the eyes of one of her readers. There’s no denying a directorial penchant for German-gened actresses when it comes to playing wigged and winsome Hapsburgs (Q.E.D. Coppola/ Dunst), and this year it will doubtless bring director Benoît Jacquot and star Diane Krüger, a 2008 jury member, onto the red carpet.

The 2012 panel includes jury president Mike Leigh, famous-family actors Charlotte Gainsbourg and Jake Gyllenhaal and Fassbinder protégée Barbara Sukowa, but why not match a lesser known face to a name and look out for the debonair French director François Ozon, whose films have been submitted for competition no less than four times (most recently with Ricky in 2009), Iranian Asghar Farhadi who won a Silver Bear for About Elly in 2009, Dutchman Anton Corbijn (The American) as well as German Book Trade Peace Prize winner, Algerian writer Boualem Sansal.