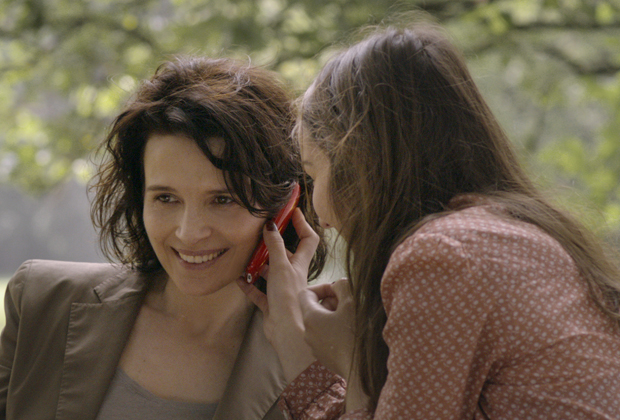 Get into the kitchens of lust and sex onto which the Berlinale remains keen to open many doors.

The more mildly flavoured Elles, directed by Malgorzata Szumowska, co-opens the Panorama section. Juliette Binoche is in great form as a married mother and journalist whose investigation into two prostitutes’ lives forces her to acknowledge the vitality and validity of empowered sexuality versus her own conventional choices, leaving a snappy question mark behind the deceits and convictions that prop society.

Hemel (Forum), a debut film from Dutch director Sacha Polak, follows a girl on the brink of adulthood striding through a series of sexual encounters in search of a defining role beyond that of a daughter unhealthily attached to her handsome, widowed father in a troubling albeit ultimately unsurprising sentimental education.

Astoundingly, the explicit sexual development of another teenager has found a home in the Generation 14plus section where Young & Wild packs a punch likely to have US censors retching into the popcorn. Chilean director Marialy Rivas offsets Daniela’s (Alicia Rodríguez) determined exploration of her (bi)sexuality against the religious fervour of her evangelical family and the presence of a dying beloved aunt. Love and death are old and unhappy bedfellows: even if over-laboured, this message is clearly and authentically delivered.

As windows, rather than doors, opened onto gay love in repressive societies, Lost in Paradise shines a light on homosexuality in Vietnam, whilst Parada (both Panorama) concentrates on the violence that erupted during Serbia’s first gay pride parade in 2010.

The Panorama gay focus is also represented by American director Sheldon Larry’s unusual genre- and gender-bending burlesque musical Leave it on the Floor, which takes a rousingly sentimental, subcultural look at homophobia in the African-American community: an acquired taste, it has definite highlights, especially the gospel pastiche that pits gays and heteros against each other across the church nave.