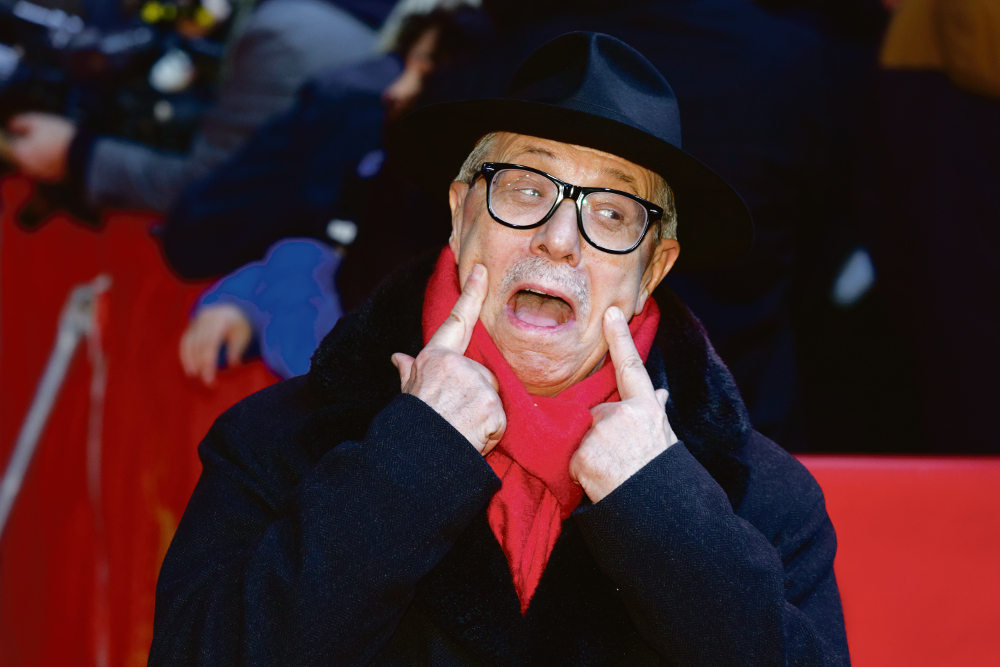 Back in November, 79 German filmmakers wrote an open letter in Spiegel magazine that declared the Berlinale “the weakest of all the major film festivals”, placing the blame squarely at the feet of director Dieter Kosslick. With Kosslick’s contract running out after next year’s festival, the time has come to ask: Just how weak is his Berlinale? Our critics disagree.

PRO: More relevant than ever

When the likes of Oscar nominee Maren Ade (Toni Erdmann) and Golden Globe winner Fatih Akin (In The Fade) denounce their homegrown showcase, it’s easy to be swayed by all of the negativity. Don’t listen to these guys, though. After all, they literally make money by creating drama. In reality, the Berlinale still plays a vital role on the festival circuit, and is more important than ever before. Since its inception in 1951, the Berlinale has continued opening up to other cultures in ways that Sundance and Venice can’t hope to match. Yes, the Venice film festival usually awards films that initially fly under the radar, but the programme as a whole is more fixated on Hollywood, much like Sundance, which recently awarded a top prize to the Netflix venture I Don’t Feel at Home in This World Anymore. In contrast, the Berlinale consistently celebrates left-field projects that bring challenging world cinema to the masses. Where else but the Berlinale would Ildikó Enyedi’s On Body And Soul, a story of love in a Hungarian abattoir, ever find the widescale recognition it deserves? Those quick to critique the Berlinale’s “inferior” programming or argue that Golden Bear contenders fail to perform well outside of the festival need look no further than the Oscar shortlist for Best Foreign Language Film. Alongside Enyedi’s 2017 Golden Bear winner, the Academy has also included the Berlinale-tested likes of Alain Gomis’ Félicité and Sebastián Lelio’s A Fantastic Woman in this year’s running. Not bad for “the weakest of all the major film festivals”, eh? Even if A Fantastic Woman doesn’t earn Chile its first major win at the Oscars, Lelio’s film has already won the only award that matters where LGBTQ audiences are concerned: the Teddy, a Berlinale trophy given to films that illuminate the queer experience. Venice and Cannes now have their own versions of the award, created in 2007 and 2010 respectively, but Berlin has been celebrating every colour of the cinematic rainbow since 1987, when Pedro Almodóvar scooped up the first Teddy for Law of Desire. Other high-profile winners have included Paris is Burning, The Way he Looks and Keep the Lights On. Critics who lament the fact that last year’s queer blockbusters God’s Own Country and Call Me by Your Name premiered at Sundance before screening at the Berlinale would do well to remember that this kind of comparatively “commercial” fare is more suited to other festivals anyway. By its very definition, queer filmmaking will always operate on the fringe, so it’s commendable that the Berlinale continues to highlight alternative picks like Tristan Milewski’s gay cruise documentary Dream Boat and Shu Lea Cheang’s futuristic sex odyssey Fluidø. Cheang told us how much she valued the “diverse, intelligent, cultivated audience” that “difficult” screenings such as Fluidø attract, explaining that in the coming years, she expects to see “hipper, bolder programming with deep roots in local and international film communities.” These deep roots are what help politicise the Berlinale in ways that inspire audiences like no other, branching out beyond the programme’s unrivalled queer credentials into alternative spheres of thought and culture. In recent years, critics have suggested that the Berlinale has lost much of its political edge. Clearly, those critics weren’t present at the introduction of the international jury last year, or they would have heard Mexican actor Diego Luna protest Trump’s wall-building policies, explaining, “There’s no better place to send a message than Berlin.” Just one year earlier, jury president Meryl Streep described Golden Bear-winning Fuocoammare (Fire At Sea) as “urgent, imaginative and necessary filmmaking”. To dismiss the festival’s lack of political discourse is to also dismiss the political message of Berlinale films like Gianfranco Rosi’s documentary, which shone an unsettling light on the struggle that migrants face trying to reach the European mainland.

Where else can cinemagoers find such a wide range of queer, international and political movies without working as an industry insider?

At the Golden Globes this year, the Time’s Up movement drew focus more than the movies themselves, reminding us once again of the power that the entertainment industry wields over our wider culture. Given the current climate, the Berlinale’s unique political leanings and accessibility to the public manoeuvre the festival into a new position of necessity. Where else can cinema-goers find such a wide range of queer, international and political movies without working as an industry insider? Certainly not Cannes nor Venice, both of which remain privy only to those with the correct pass. Whether you laud the diversity that Kosslick has brought to the festival or are eagerly awaiting his retirement, it’s hard to deny that the Berlinale is uniquely important at this juncture of time. Much like Berlin itself, the Berlinale prizes inclusivity above all else, and in this tumultuous era, it’s hard to imagine anything more important than that. A Berlin-based British film journalist, David Opie has written about pop culture for a number of publications, including MoviePilot, Highsnobiety and Flickering Myth.

Here’s a quick question for discerning cinephiles: What do the Oscar-winning Stasi drama The Lives of Others, the fantastic dramedy Toni Erdmann and the Golden Globe-winning In The Fade have in common? Aside from the fact that all three were breakout German productions that went on to garner breathless international acclaim (even if it wasn’t always deserved, as in the case of Fatih Akin’s revenge flick), none of these films premiered at the Berlinale. The most recent ones both debuted at Cannes, as did Valeska Grisebach’s Western (see page 6), lauded by international critics as one of last year’s most promising German films. For shame! “They’ll tell you it’s a question of timing, but it’s not.” Frédéric Jaeger, the chief editor of Critic.de and artistic director of Critics’ Week (see page 29), believes that the Berlin festival will continue to miss out on big films for its competition selection as long as it isn’t able to provide a better platform for them. “The Berlinale has great films, especially in Forum and Panorama sections, but it can’t manage to create the same effervescence around these films as Cannes.” Grisebach, who premiered her last two films in Berlin and Cannes respectively, confirms Jaeger’s judgement, testifying to how much more buzz and support she received from the latter. But timing does play a part as well. The Berlinale, which precedes Cannes and is positioned right in the middle of awards season, has been facing ever-growing competition from January’s Sundance festival. While Jaeger points out that “American independent filmmakers choose Sundance for its industry advantages and the opportunity to sell big,” others have noticed more alarming trends. “I’ve seen critics and industry professionals not come to the Berlinale anymore because they’d just been to Sundance. You can say it’s a clear case of cannibalism!” says Swiss film critic Malik Berkati, who celebrates his 20th Berlinale this year. Last year, Park City siphoned off the premieres of Luca Guadagnino’s Oscar-tipped Call Me By Your Name and Francis Lee’s stunning debut God’s Own Country, forcing the Berlinale to screen both films out of competition. But then, the premiere requirements remain frustratingly fuzzy: Gus Van Sant’s Don’t Worry, He Won’t Get Far On Foot, based on the memoir of famed cartoonist John Callahan, has been selected this year for Competition, even though it premiered at Sundance last month! What is clear, however, is that the correlation between Sundance’s expanding popularity and the Berlinale’s steady decline in quality isn’t a coincidence, a worrying trend which brings us to the scarf-wearing elephant in the room: Dieter Kosslick. Last November’s open call for “a new beginning” clearly had the festival’s director in its sights, implying that the Berlinale had had its day under his stewardship. As Berkati puts it: “Kosslick has done a lot for the festival, but he’s been running out of steam, especially in the last two to three years.”

Kosslick has excelled as a host for A-listers, but the Berlinale doesn’t need a host right now. It needs a real cinephile.

While the temptation to scapegoat is a pretty poison, I’m among the many who believe that after 16 years of good and loyal service, Kosslick’s departure after his contract runs out next year is good news for Berlin. Kosslick has excelled as a host for A-listers, but the man lacks the necessary skills when it comes to cultivating tight bonds with filmmakers. This is probably what Ade, Akin, Grisebach and co. meant in their Spiegel letter when they called for his replacement to be “an exemplary curator who has a burning passion for cinema.” The Berlinale doesn’t need a host right now: it needs a real cinephile. Even a veteran German critic like Kristin Buller, who credits Kosslick with bringing A-list glamour to grim wintry Berlin, concedes that his time might be up. “There are still edgy and political films, but the glamour has taken over. Things won’t magically get better with Kosslick’s departure, but it’s a good idea to get new blood.” The Kosslick clique defends itself by boasting about their stats, specifically the dizzying numbers of screenings and record audiences. But as Jaeger puts it: “This claim to be the ‘people’s festival’ can’t be used as an excuse for mediocrity.” Now more than ever, the festival needs to be streamlined. Reducing the festival’s output would defuse criticisms of a scattergun approach. Moreover, it would encourage audiences to rally around and debate the selected fi lms, “which is what cinema culture really needs,” according to Jaeger. But the Berlinale, as it currently stands, is more about politics than actual cinema. “Berlin has approximately the same budget as Cannes, but does so many more events. Cannes has more focus on their films. It’s a political decision, and allowing films to break out is not Berlin’s priority right now.” Kosslick’s final lap comes next year, and what the future holds is anyone’s guess. But business as usual would properly relegate the festival to the underachieving runt of the litter, and would reinforce the current state of affairs: Sundance keeps getting hipper by the minute, the Cannes experience might be insane but it’s got the films to show for it, and Venice is just brilliant. Here’s hoping the Berlinale has enough sense to take some risks and adapt to the changing landscape of the festival circuit. Otherwise, Exberliner’s budget may have to stretch for tickets to Utah. British-French culture journalist David Mouriquand has been a film critic with Exberliner since 2015.