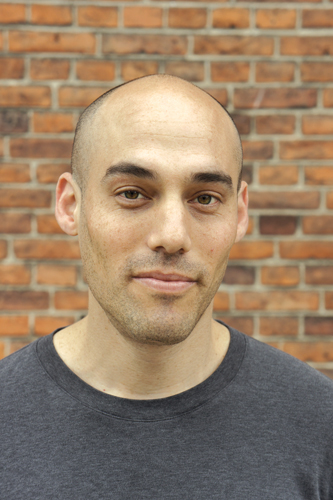 The Texas-born director  received a Gold Hugo in 1998 for his first feature, “The Entire History of the Louisiana Purchase”.

This year’s Panorama submission, The Act of Killing documents mass killings in Indonesia after the 1965 CIA-backed overthrow of the Indonesian Government, spectacularly showcasing Oppenheimer’s abiding interest in the the possibilities of fictional documentaries, and, in particular, the creation of historical memory.

In your Berlinale film…

Filming a man dance the cha-cha on the site where he had killed 1000 people, and wondering how on earth could this be possible.

When Killers Make Movies. Or perhaps this, Dusan Makavejev’s actual suggestion: The Crime, the Joy, the Radiant Colours.

Can I give two? When Anwar watches himself play the victim. I managed, despite all the emotional turmoil we were both going through, to remain honest, and to speak to Anwar from my heart. And all of the scenes at the giant goldfish. These are the most beautiful images I have ever made.

To make the invisible visible. To learn how we imagine ourselves – and create our world – through stories, often second-hand and third-rate ones.

If you didn’t, what would you do? Why?

I love glaciers, so I am tempted to say I would be a glaciologist. But the truth is I cannot imagine doing anything else. People should only ever make films if they couldn’t possibly do anything else. Filmmaking is just too hard if you don’t have to do it.

I would never repeat it. But here’s a confession: I was called a ‘motor mouth’ as a little boy. It really left a scar.

“I would try to be upbeat about this if I were still around”. How does that sound?  (This question made me faint. I staggered away from the computer, and woke up in the corner of my living room, crouched over a little puddle of drool.)

I shoot way too much for celluloid. The Act of Killing would be physically impossible to make on film. The layers, the multiple cameras, the screening back of rushes to the characters during the shooting – none of this would be possible.

I hate emotionally manipulative scores. They make me cry, but I resent them for it. And I hate the subordination of subtext and truly cinematic moments to propulsive storytelling. We’ve become too afraid of silence and ambiguity, and of giving viewers the space to make their own meaning.

Old films that I saw for the first time last year and loved: Jim Jarmusch’s Stranger Than Paradise (1984), Michael Glawogger’s Megacities (1998), Ulrich Seidl’s Losses To Be Expected (1992). If I truly hate a film, it’s to the film’s credit.

This is my first time at Berlinale, so I don’t know. I expect there will be more opportunities to eat schnitzel. And I can visit the house where my grandmother was born.