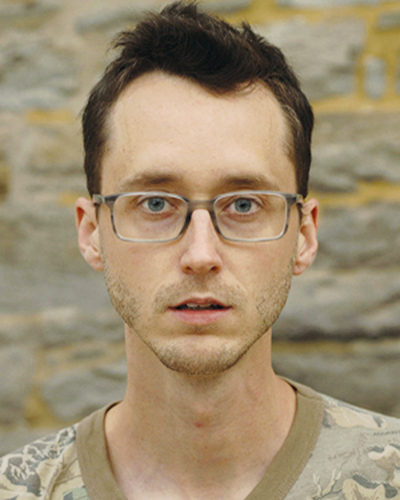 The Baltimore-based writer-director comes to Berlin fresh from Sundance with his his third feature.

Porterfield teaches film and media studies at Baltimore’s Krieger School, and his own films reflect his interest in the formal traditions of photography and theatre, although I Used to Be Darker is keener to engage audience empathy than the more reserved Putty Hill, which screened in the 2010 Forum section of the Berlinale.

In your Berlinale film…

A Northern Irish runaway seeks refuge with her aunt, a working musician in Baltimore, only to find her in the midst of divorce with a husband and daughter in crisis.

I used to work summers in Ocean City, a seaside resort on Maryland’s eastern shore. Every year, I met all these European students there, on temporary work visas, and I thought it was funny that this place would be their first experience of the US.

But Then I Got Lighter.

I love the scene when Bill and Kim share a drink at the dining room table, a couple days after Kim’s moved out. The energy between the characters (played by actors Kim Taylor and Ned Oldham) is exactly what I wanted. It’s a hard one for me to sit through, because I’ve been there.

Filmmaking satisfies my combined interest in the plastic and performing arts, but its temporality is closer to life. And that’s what I’m most interested in: reflecting real people and places, getting a little closer to life through the camera’s eye.

I’d teach kindergarten. I did it in my twenties when I lived in New York. It’s the most creative job I’ve ever had.

A guy once left a screening of my first film, Hamilton (2006) in Buenos Aires 10 minutes before the end shouting, “El Silencio! The silence!”

I don’t think I could have made Putty Hill or I Used to be Darker on film, because of the limited economy under which both pictures were made. But I made my first feature on 16mm, and I like to think that the ephemerality and expense of film influenced the way I work with digital technology.

Your favourite movie from last year?

It has the best theatres and the biggest audiences. I’m looking forward to visiting Treptow for the first time.