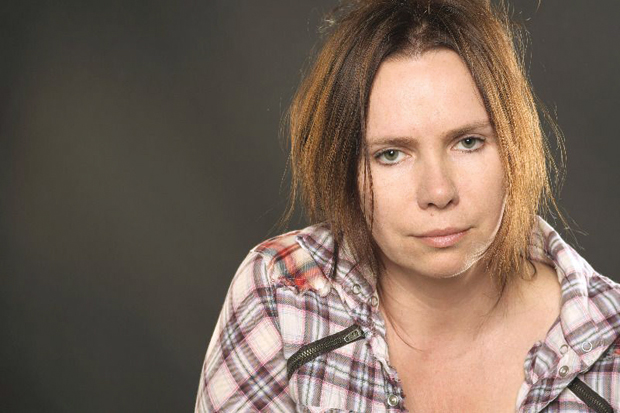 In 1999, the Moscow-based director’s “Green Elephant” was banned from general release in Russia for its graphic depiction of violence amongst soldiers at a time when Russia was embroiled in Chechnya.

Now cited as an exponent of Russia’s post-communist, post-capitalist ‘New Left’, Baskova’s ideology-based aesthetics remain controversial. For Marx deals with the birthing struggles of an independent trade union at a smelting plant – quoting not only Marxist utopias, but also Sergei Eisenstein’s 1924 Strike and films from Godard’s Marxist Dziga Vertov period.

And don’t miss out on our extended interview with Baskova here.

Your film in one sentence:

Could it be that we’re one people, the factory owner and we?

Outrage at the realities of today’s Russia.

No alternative possible. It could only be For Marx!

The scene at the checkpoint. I somehow managed to raise all the issues that concern me in an extremely focused and precise way. The scene is kind of my manifesto, politically and aesthetically.

That’s the way I live!

I’d be a schoolteacher.

No one can offend me. I’m a grown-up.

Your favourite film from the past decade?