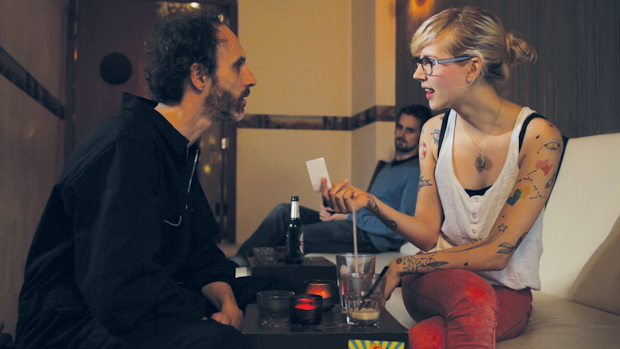 A look at his music video and trailer work includes an intro to satirical pseudo-documentary series Prenzlbasher, which pokes fun at the chaotic and absurd efforts of hapless anti-hipsters to stem the tide of P’berg gentrification.

In Wegner’s most lauded short, the deft and chirpy Ungeschriebene Regeln, scruffy, intense Berliner Tom begins testing a ‘seduction principle’ deduced from his observation of big-city romance, with varying results.

At this Exberliner evening in collaboration with realeyz.tv, Wegner will be at hand to introduce and expand on the films, along with complementary wine.