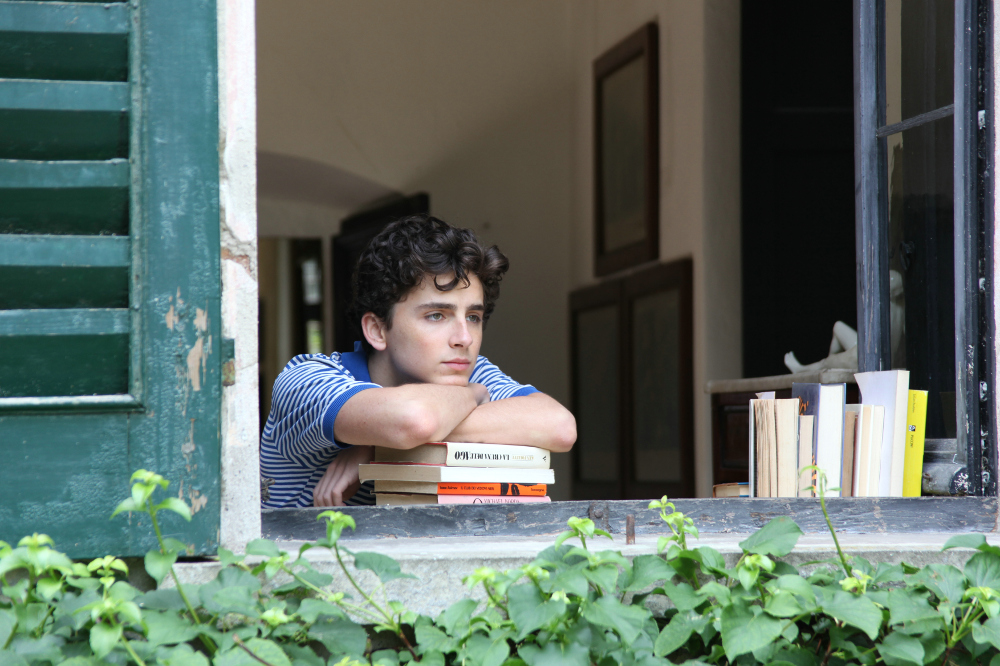 Luca Guadagnino on the intense sensuality of Call Me By Your Name.

Luca Guadagnino’s Oscar-nominated coming-of-age romance charts the formative relationship between 17-year-old Elio (Timothée Chalamet) and the older Oliver (Armie Hammer), which simmers over the course of an idyllic 1980s summer in the Italian countryside.

This film concludes what some have called your “desire trilogy”.

I didn’t set out to make a trilogy – I happened to make three films about characters who choose to follow their own desires, and the outcome of desire for each of these movies is very different. I Am Love is a tragedy, A Bigger Splash is a farce, and in this case I wanted to sound the note of the idyll. I wanted it to exude a benign, positive, conflict-free state of mind. It’s ultimately about the innocence of embracing yourself.

The word that comes up in almost every appraisal is “sensual”.

I guess I’m a sensualist. It’s my way of being as a director, to an extent. I let things happen, and I welcome the unexpected. I think that the essence of cinema is finding a way to visually express the invisible. But it’s not part of some filmmaking agenda. Maybe one day I’ll make a movie about 90-year-old nuns!

How did James Ivory come on board as screenwriter?

I met James when he was presenting The White Countess [2005] in Italy. An instant friendship sprung out of our first dinner together. When I heard that another attempt to adapt the book had failed, I suggested to James that we map out our own version. We did it over the course of a year, almost as a game, without any pressure. It was like eating cherries – one led to the other until we were making a movie. Making films is never easy, but this has been the easiest of my career.

Why did you refrain from tackling the book’s final section, which catches up with Elio and Oliver years after their affair?

I thought that this joyful, gut-wrenching, bittersweet journey Elio goes on would work much better cinematically if we confined the film to this one period of his life. But I have such fondness for these characters and these actors, and I still have 60 pages of the book that tells the story of the characters 20 years later. So I am seriously considering a follow-up, in the manner of Linklater’s Before trilogy, or the Antoine Doinel cycle by Truffaut – not that I’d compare myself to such a master, of course!

One of the film’s big talking points is the extremely supportive monologue by Elio’s father [Michael Stuhlbarg].

Elio has the privilege to be who he wants to be, which is such a gift from his family. For me, the speech is a natural consequence of his parents’ outlook. Maybe it’s unrealistic, but I think that the best way to confront the brutality of everyday life is to indulge in the practice of utopia, rather than apply that brutality to our aims and hopes.

Sufjan Stevens’ original songs have also been singled out for praise…

Originally I wanted a third-person narrator, like in The Magnificent Ambersons. I eventually realised this wouldn’t work, but I still liked the idea of an artistic voice commenting on the film somehow. So I approached Sufjan Stevens, who I love, and gave him total freedom to write something based on the script. When we received the songs, we hadn’t yet shot the scenes where they’re used, so the actors listened to them beforehand. The performances were definitely informed by the emotion of the songs.

Do you see yourself in Elio or Oliver?

Not at all! I’m not someone who seeks out action, I’m a voyeur. I would have stayed in the corner and stared at the beautiful bodies. I think I’m more like [Elio’s mother] Annella – I like to cook and observe. I also would never have slept with anybody in my mother’s house, under any circumstances!

Call Me By Your Name is out in Berlin cinemas on March 1. Check our OV search engine for showtimes.