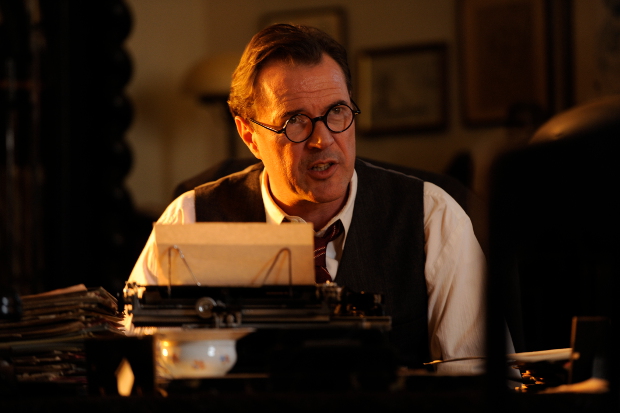 Long-established as a screen and stage star in Germany, Sebastian Koch was catapulted to wider attention in 2006 with the global success of Florian Henckel von Donnersmarck’s Oscar-winning The Lives of Others. He’s become an increasingly familiar sight to international audiences in recent years, with roles in Hollywood hits like Steven Spielberg’s Bridge of Spies, and TV smash Homeland, the most recent series of which was shot and set in Berlin. His latest film, out this week, is Kai Wessel’s Nebel im August. Based on the 2008 historical novel by Robert Domes, it’s the first major feature to directly address the Nazis’ Aktion T4 programme of involuntary euthanasia. Koch stars as physician Werner Veithausen, whose monstrous actions are challenged by brave 13-year-old Ernst Lossa (Ivo Pietzcker).

What in particular attracted you to Nebel im August?

It was important for me that we sought to build a bridge between what happened in the Nazi period and the world of today. For my role I wanted to show a man who believes in the concept of “racial hygiene” both for nationalistic and scientific reasons. The theme of racial hygiene was socially relevant in the late 19th century. People were discussing the idea of increasing positive hereditary traits and reducing negative ones. That was an existing social issue that the Nazis took and exploited for their own purposes. In the 1930s, the Law for the Prevention of Offspring with Hereditary Diseases (Gesetz zur Verhütung erbkranken Nachwuchses) started – the wording itself is already so absurd. And then abortion was legalised, and “racial selection” began, with a preference for Aryans.

This is a topic that people have long been preoccupied with, and which still has resonance today, in terms of prenatal diagnoses which more or less accurately diagnose Down syndrome and other disabilities. These are of course very positive things, but the way in which they are implemented worries me – very often the doctor will advise termination of pregnancy as a matter of course. We were filming with disabled children on set and spoke with their parents, who told me that when they were informed about the diagnosis, they were advised to terminate, but they kept the child anyway. They all said that they would make the same decision again, because the magic of these children is very inspiring and life is intensified by their presence. That brought me think that it is so important for the family to be able to decide on their own, without pressure from outside, instead of letting the doctor make decisions for them. This was the main motive for me to make this film, as well as the opportunity to present this superficially very friendly person who believes in this sinister cause – a monster who is not visible as a monster. Evil is often not immediately recognisable.

You mentioned the disabled children on set. What was your experience of working with them?

That was incredibly fun. The Down syndrome children are so natural and express emotions so directly. They have this gift of feeling something and expressing what they think immediately, which so many of us lose as we grow up. In the beginning there was a great level of caution and hesitation in the way people worked with them on set, but that disappeared after a short period of time, once mutual understanding was established. It was a very rewarding experience indeed.

The film deals with a very difficult subject matter. What was the atmosphere like on set?

The subject matter of racial hygiene turned into a murder weapon is a very cruel topic. On set it was very hard but also very loving, because we had these disabled people as an integral part of the process. We were there together to work on an important film in the best way we could, and we created a very warm, friendly, loving and also humorous atmosphere on set.

How did you prepare for the role? Did you do much research?

I read around the whole historical period in order to know the background well. The crucial factor is how far I would portray such a character, who in German we would say is “verrückt”, although in English it is just “mad” or “crazy”. From the root of the word “verrückt” is someone who diverted and transgressed, but at the same time has his own logic of reasoning and hence does not feel guilty at all. As an actor it is so exciting to work with this logic and to portray him as accurately as possible. When Veithausen invented this e-diet, which deprived people of nutrients and hence starved them, this terrible invention from his logic was a great success, because he felt that it made people suffer less and have a painless death. I felt that I really had to portray this perverseness.