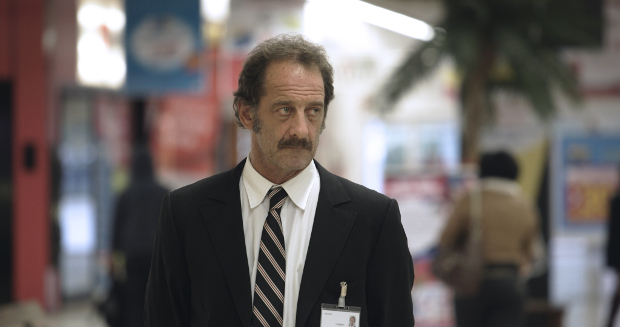 With a lineup that includes some of the most acclaimed titles from its A-list counterparts in Cannes, Venice and Locarno, Around the World In 14 Films provides an unmissable opportunity to catch up on cinema’s greatest hits of the year.

The 10th-anniversary festivities kick off with The Measure of a Man, a sobering drama that won French thespian Vincent Lindon the Best Actor prize at Cannes. It will be screened again on December 2.

Also dealing with the grim reality of an impoverished society is Portuguese filmmaker Miguel Gomes’ epic three-parter Arabian Nights. Reminiscent of Buñuel, the trilogy plays with postmodern tropes, self-reflexivity, and a mélange of docufiction – leaving something dreamy, humorous yet melancholy behind.

Middle Eastern production Theeb from Jordan, meanwhile, chronicles a young boy’s journey across the desert set against the backdrop of WWI, and adds geopolitical dimensions to a coming-of-age road trip movie.

There’s nothing realistic in the dystopian comedy The Lobster by Greek auteur Yorgos Lanthimos featuring an all-star cast, unless you consider the premise of single people being turned into animals and hunted down realistic. Once again, Lanthimos dazzles with his unique cinematic language and delivers something at once terribly funny and sneakily insightful.

No less surrealistic is Taiwanese master Hou Hsiao-hsien’s breathtakingly slow, hypnotically beautiful (anti-)martial arts film The Assassin. Set in ninth-century China, this meditative tale about an assassin struggling with her worldly emotions is for hardcore arthouse aficionados only, but those who are willing to be part of Hou’s transcendent vision will be treated to a film-going experience unlike any other.