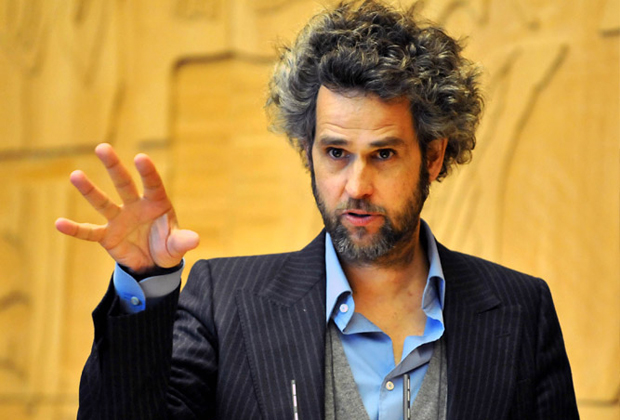 Honor Germany’s favorite agent provocateur Christoph Schlingensief, who died of lung cancer at only 49 years of age earlier this year.

Creative and political, Schlingensief once famously called on all four million unemployed Germans to jump into a lake, thereby raising the water level and drowning former chancellor Helmut Kohl in his nearby vacation home. Schlingensief’s work in film focuses on Germany’s Nazi past and the nature of the media, always with a nice dose of trash, blood, and shock value.

Terror 2000 is a grotesque take on neo-Nazism and xenophobia (Dec 12 & 16, 21:00, also Jan 8, with English subtitles), while Udo Kier – Tod eines Weltstars chronicles the staged death of one of his favorite collaborators, Udo Kier (who plays himself).

UPDATE: Hurry before it’s over: the extensive Schlingensief film retro wraps up in January, but not before giving you another look at 100 Jahre Adolf Hitler and his work with opera in Africa (The African Twintowers, Jan 12, 21:45) or the classic and probably very appropriate post-holidays film Das deutsche Kettensägenmassaker (Jan 3, 21:45, German OV), complete with some scenes that were left on the cutting-room floor at the time.