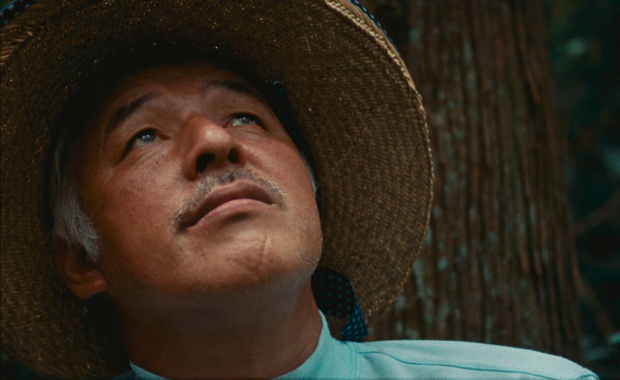 Neubrandenburg is once again the setting of film festival dokumentART. This edition’s director is film academic, author and Exberliner film critic Yun-Hua Chen, who has curated a selection of 44 short and feature-length films from 18 countries to compete for the festival’s four major awards. To celebrate its 26th year, she has initiated a change for dokumentART: for the first time since its inception, the festival will offer a thematic focus. The 2017 selection has been dubbed “Films & Future”, with the selection divided into thematic strands, including “Man and Machine”, “Doubts and Future”, and the evocatively titled “Nothing New on the Horizon”.

The chosen films tackle peoples‘ relationships with technology and the material world, as well as exploring the long-lasting impact of the economic crisis in southern Europe, the way refugees imagine their future, and how mankind deals with war and illness in the modern world. Whether it’s through the eyes of a Japanese farmer leading a lonely existence in Fukushima’s post-apocalyptic landscape in Mark Olexa and Francesca Scalisi’s poetic Demi-Vie A Fukushima (photo), the lives of three people living with Parkison’s disease seen in Alice McDowell and Mia Mullarkey’s intuitive and eye-opening Feats of Modest Valour, or from the view point of the Kachach community inside Jordan’s Zaatari Refugee Camp in Bruno Pieretti’s intimate Kachach, Au-Dessus De Zaatari, these films offer a wealth of perspectives and cultural backgrounds.

Other standouts include the beautifully melancholic documentary hybrid Penumbria from Eduardo Brito, which films two inhabitants of an abandoned Portuguese town, and Mila Zhluktento and Sylvain Cruiziat’s Find Fix Finish, a piece about drone warfare reminiscent of last year’s disquieting documentary National Bird by Sonia Kennebeck. Also of note are two entries from the UK: Richard Heap’s Memes – The Final Blow and John Smith’s Who Are We? The latter is a thought-provoking short about how extremism in the wake of Brexit has infected political discourse, while the former asks whether the ubiquitous memes that pepper social media and our thirst for information have enslaved us.

All films are shown either in English or with simultaneous translation.