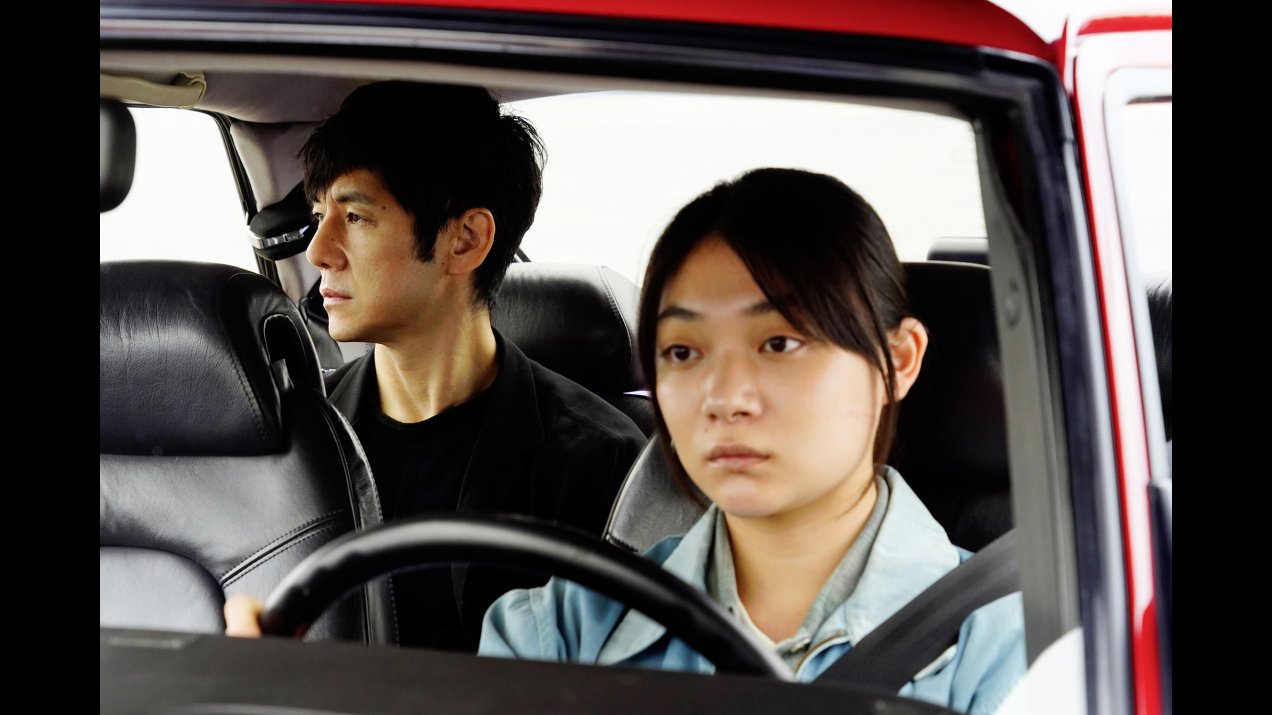 To say that Ryûsuke Hamaguchi has had an annus mirabilis is putting it mildly.

The Japanese filmmaker’s first film of 2021 was the Berlinale-premiering Wheel of Fortune and Fantasy, a triptych about “coincidence and imagination” which won the Silver Bear Grand Jury Prize.

Not satisfied with bringing one of the best films of the year to audiences (even if it hasn’t yet made its way onto German screens), Hamaguchi went to Cannes later in the year to present Drive My Car, a three-hour long odyssey which was rewarded with the Best Screenplay award on the Croisette. What followed was an Oscar shortlist nomination for Best International Picture (for which it is the favourite), a top spot on most End of Year Top Film lists, and an ever-growing sweep of wins at end of year award festivals like the Boston Society of Film Critics Awards, which gave it Best Film, Director, Screenplay and Actor.

Inspired by the novella by Haruki Murakami, Drive My Car follows middle-aged actor-director Yūsuke Kafuku (Hidetoshi Nishijima) whose life is struck by an unexpected tragedy. Two years later, he remains unable to fully open up, still bearing his his sorrow. Nevertheless, he accepts a fellowship to stage a multilingual production of Chekhov’s Uncle Vanya in Hiroshima. There, he deals with a troublesome young actor who he knows had an affair with his wife, and is reluctantly assigned a driver named Misaki (Tōko Miura), a stoic young woman haunted by her own trauma.

Through the celebration of seemingly simple everyday interactions, Hamaguchi crafts an arresting cinematic experience that’s rich in understated emotional subtext. It’s a character study that subtly posits that while the devastation of loss can take its hold on our lives and the complexities of the connections we forge may escape us (and our language bubbles), we can choose to embrace our tragedies and hold onto the hope that somewhere, down the road, “It’ll be OK”.

While the exquisite Wheel of Fortune and Fantasy remains my favourite of Hamaguchi’s 2021 outings, Drive My Car’s gentle invitation to muse these themes should be accepted without hesitation. It prompts a warm, spellbinding sensation through quietly stirring scenes: two hands brandishing cigarettes sticking out of a bright red Saab 900 roof, the beauty of a shared moment expressed through sign language, the heartbreaking confession of someone in love admitting they “let something genuine slip by”… All of which profoundly resonate long after the credits have rolled.

And when do you come across a three-hour long film that you wish could last a little longer?