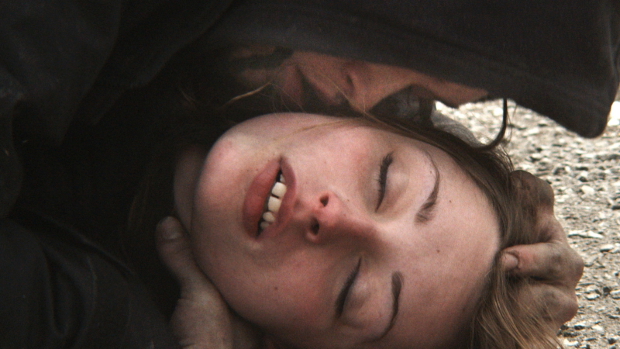 Focusing on the impact of cinematic representations of drug use on our collective perception as well as cultural trends, this event not only showcases a range of films about drug use (e.g. Trainspotting) and those told from a drugged perspective (e.g. Requiem for a Dream), but also features talks and discussions on the topic which most of us Berliners are no stranger to.

Making its German premiere, Ben and Joshua Safdie’s Heaven Knows What (2014) opens the symposium April 28. Its protagonists Harley (Arielle Holmes) and Ilya (Caleb Landry Jones) aren’t nearly as glamorous as Alex and Michèle in Les amants du Pont-Neuf (The Lovers on the Bridge) (1991), but their love is just as all-consuming. Their playground is the grubby part of contemporary New York post-financial crisis, with their clothing and the winter light both tinted with greyish pallidness. This is a story of ménage-à-trois – heroin being the third party (besides a range of other lovers). As banal as the way Harley and Ilya are stuck in a relationship eroded by power struggle and contaminated with toxic jealousy, under the influence everything becomes more intense, even matters of life-and-death.

The autobiographical film is written by and stars Arielle Holmes herself, who delivers a physically convincing and altogether painfully authentic performance. As she wanders into internet cafes, McDonald’s, parks, anonymous streets and metro stations, the camera also roams, staggers – like the gaze of someone high on heroin. As far as openings go, it’s an excellent choice seeing how it both sums up the subject matter and finds a brilliant stylistic expression of the intoxicated state.

For dates and venues of the 7-day event, check their website.