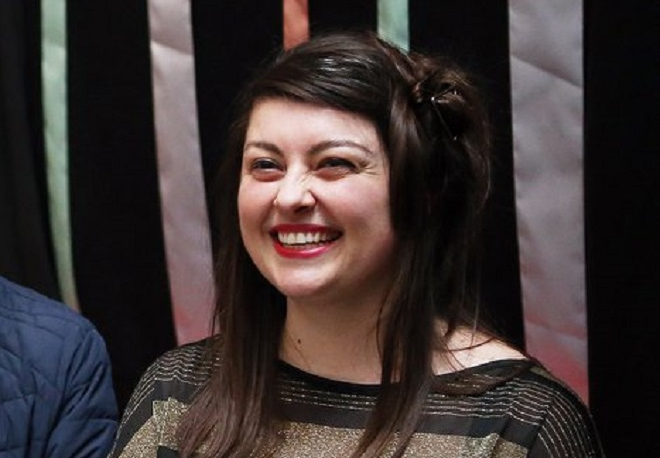 Since 2013, Tess Motherway has been at the helm of the Dublin Doc Fest, which, for the first time, is hitting the road and coming to Berlin. A retrospective of the first five years of the festival takes place on April 18 at Moviemento, where eight documentary shorts from Irish filmmakers will be screened. We sat down with the festival founder to discuss curation, documentary filmmaking and gender parity in the film industry.

What compelled you to launch the Dublin Doc Fest?

I’m a documentary shorts filmmaker myself and I founded the festival because I felt that there was not enough recognition in Ireland, and not enough opportunities for non-fiction shorts to be shown. Having been to many festivals, I always felt like short docs got lost in larger programmes. I wanted to create a space that would give the genre its own platform. I oversee the programming and the submission process but I have great support from Tom Wallace, a film academic based in the US. He came on board two years ago and has been instrumental in the programming.

I was trying to put down roots in Berlin and I’ve always had an eye on bringing documentary shorts to wider audiences. Some opportunities came up and I met with the Irish Embassy here, and they were really keen to help the festival go global!

Of all the cinemas in Berlin, why chose Moviemento?

I love Moviemento! Back home, when I do the festival in Ireland, we don’t use traditional screening spaces, so this year will be a first on that front too. It’ll be the first time I’m using a cinema. Usually, it’s part of the aesthetic of the festival to go to non-traditional screening spaces and bring films into different buildings around the city centre that wouldn’t normally have that sort of activity, and to new audiences. As for Moviemento, I’m very familiar with the space. I like the staff there, and I know how well they engage with independent programmers and curators. Plus, it’s the oldest cinema in Berlin – it doesn’t get much better than that!

Every organisation needs sponsorship and support – has that been difficult to obtain?

This is very much a passion project on my part, which does mean there are certain restrictions, but this event coming up in Berlin is funded by the Irish Embassy and the Irish Film Institute. They’re very passionate about engaging with Irish people in Berlin and showing Irish films abroad. They’re looking after the costs for the event, and I’m doing the organisation. It’s great because it’s very important for me to secure funding in order to be able to pay filmmakers a screening fee.

As a filmmaker yourself, have you noticed any changes or emerging trends over the years regarding the state of Irish documentary filmmaking?

It’s been a challenging time for Irish film in the last few years. We were hit pretty hard with the recession, like a lot of other European countries, and unfortunately that always has an impact on the arts. But I have to say that in the last handful of years, things have really improved. I’ve seen a lot more engagement with the Irish Film Board, and a lot more funding schemes have emerged. I’ve also seen more and more documentary film festivals popping up across the country over the last few years.

You’ve been in Berlin for almost two years now – have you encountered sufficient appetite or platforms here for documentary shorts and screenings of independent films?

It’s definitely something I’m trying to be more involved in, but there seems to be something of an open-door policy. In my experience, there are a lot of spaces, options, and people willing to take a chance on you and independent programming. In the two years that I’ve been here, I’ve seen the Shebeen Flick Irish Film Festival really take off, and a Berlin documentary film club arise. There still isn’t an established documentary film festival in Berlin, which is really surprising. Maybe that’s a niche that can be filled… It’s hard to know sometimes when you’re close to something whether or not it’s because you’re invested in it, but it certainly seems like there’s more of an audience for documentaries in general.

We still think of filmmaking and film curation as male-dominated professions, at least outside Berlin. Have you found yourself at a disadvantage as a woman in either field?

There’s a huge movement going on across the Irish arts at the moment, which began a couple of years ago because the Abbey Theatre in Dublin released a programme celebrating their centenary, and there was only one woman on the bill. It caused an uproar and a sea change back home. And obviously there’s the #MeToo campaign, and a big focus on gender equality at the moment, which is brilliant. It’s something very close to my heart and it’s great to see those changes, even if it takes time to see those things come in. I will say that documentary filmmaking attracts more female filmmakers than any other genre, which is something worth considering and celebrating. I’m always mindful of gender parity as a programmer, but it’s quite easy for me because there are so many female documentary filmmakers. My impression of the broader Berlin film scene is that there’s also a certain level of equality. But the jury’s out on that one, because I’m still new to it!