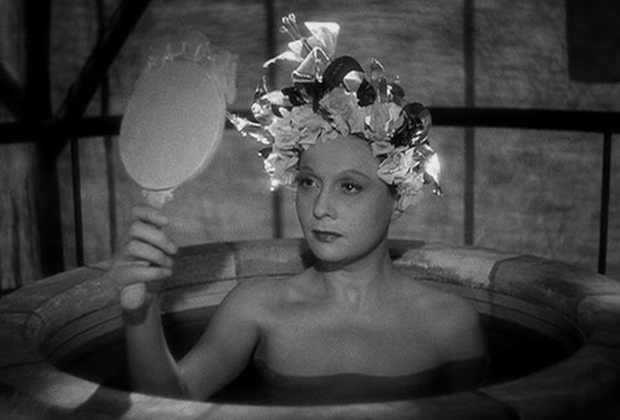 One of Mitte’s loveliest churches hosts the Berlin Film Society for a multipurpose Valentine’s Day screening of Marcel Carné’s 1945 masterpiece Les Enfants du Paradis: the luckless can breathe a sigh of relief that their love lives are at least simpler than the baroque tangles on screen, those who missed out on Berlinale fun can rejoice in a 190-minute helping of masterfully crafted cinema without camping out for a ticket, and cineaste lovebirds can coo over the sumptuously romantic plot and neo-Romantic venue.

At the film’s elegant core, a fiercely independent coquette casts her spell over no fewer than four men amid the hustle and bustle(s) of a beautifully realized 1800s Paris – see why this love letter to the stage, penned in the face of Nazi occupation, has done the same to generations of filmgoers.