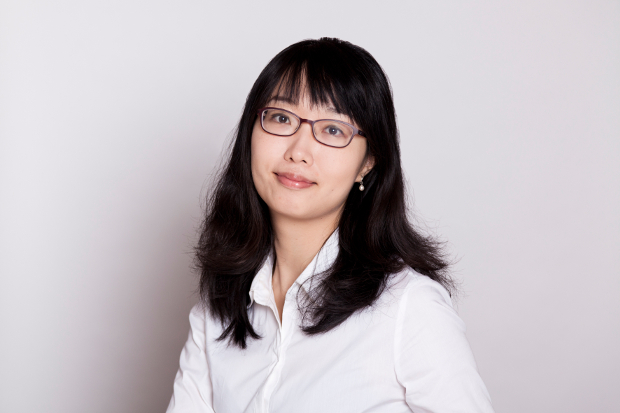 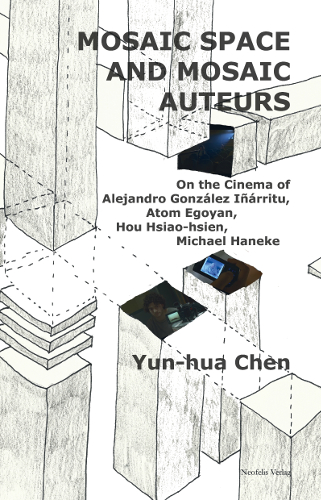 Prefer P.T. Anderson’s Magnolia to There Will Be Blood? Tarantino’s Pulp Fiction to Reservoir Dogs?  Linguist, film academic and Exberliner film critic Yun-Hua Chen has you covered, as she launches her new film monograph – a detailed study of a specialized subject – this Wednesday, April 5 at the Volksbühne. Her book, Mosaic Space and Mosaic Auteurs, explores the works of four filmmakers – Alejandro Gonzáles Iñárritu, Atom Egoyan, Hou Hsiao-hsien and Michael Haneke – within the concept framework of what she calls “mosaic space”: films that work within the framework of contextualized geographical spaces.

We sat down with the author to talk about Haneke, Game of Thrones and what constitutes a good mosaic film.

Can you tell us a bit about your first book and what a mosaic film is?

It all started in 2007 from a PhD project about Michel Haneke and his use of space, specifically city space. It’s usual for PhD students who wish to stay in academia to publish their thesis as a monograph, but I wanted it to be more encompassing, more accessible. I wanted to share the concept with people, about how people make and watch films across boundaries. As for my definition of a mosaic film, for me a good mosaic film is one that portrays space in terms of film space but also spatial representation in a way that is inspiring, in a way that inspires people to think about their relationship with space and the movement.

You approach the trend of multi-strand films across genres and filmmaking contexts, and coin two concepts: vertical and horizontal mosaics…

At the beginning of the 21st century, there were a lot of films released which portrayed multiple narratives: network narratives, multi-character narratives… One of the most famous filmmakers that made these kind of films was Alejandro Gonzáles Iñárritu, with Amores Perros, 21 Grams and Babel, and these films spread out across different geographical spaces, especially in Babel. That would be horizontal space, one from a specific time but that comes with different social milieus, socio-political backgrounds and contexts. When it comes to Atom Egoyan and Hou Hsiao-hsien, an element of history was brought in, so time becomes a factor. That would be vertical space. As for Michael Haneke, he is deals with socio-political and social class milieus and is concerned with the social causes and consequences of historical events. That would be a three-dimensional space. The book is structured in this fashion: we move from horizontal, to vertical and end with a combination, a three-dimensional mosaic.

You use these three concepts to address the topics of authorship, transnationalism and globalisation.

Yes, and the book and these themes come from my personal feelings about space. I move around a lot, I have lived in different places and work within multilingual and multicultural spaces. I think it’s an important part of how people live nowadays. There are more opportunities for travel and through films, you see how experiences have been transposed and transformed on screen, and how people experience space in different ways.

The names that immediately spring to mind when thinking about intertwining narratives would be Tarantino, Jarmusch… What made you choose these four filmmakers in particular?

I wanted to have a scope that is not overlapping and sought out as much of a global scope as possible. Haneke is very European, but I didn’t want the book to be a Eurocentric project because the whole point is about people connected from different spaces. Iñárritu represents the American continents, although parts of Babel were filmed in Japan and Morocco, and Hsiao-hsien worked more in Japan, Taiwan and France, so it’s more a cross continental approach. As for Egoyan, he comes from a Canadian and Armenian perspective. The continents all came together quite nicely!

What’s interesting about the book is that you manage to draw out links between these four very different directors with the context of mosaic space. For instance, both Egoyan and Iñárritu have quite neat narratives, so to speak…

Yes, and whereas Haneke and Hsiao-hsien are more concerned with fluidity of space and their multi-character narratives do not always end up tied up neatly. They leave room for the unexplained and ambiguity. Each have their particularities and it has to be said that Haneke is closest to my heart. He is more self-reflexive and is one of my favourite filmmakers. I think his films reflect on the times we live in in a very profound way. The last chapter of the book is on Haneke, as he is the most perfect example of the combination of horizontal and vertical in mosaic filmmaking: through both Caché and the lesser-seen Code Unknown, he combines both space and time and creates an interplay between the developed and under-developed, between colonial and post-colonial worlds.

Where there any other filmmakers you considered?

Yes, Krzysztof Kieslowski and Fatih Akin are two directors I considered, but I didn’t want to be Eurocentric and Akin’s work overlapped with Haneke’s, who I wanted to conclude with. And of course, there were some female directors, which I was very sad not to be able to include.

You make a point of mentioning the absence of women filmmakers in your introduction, and name Claire Denis as one director that could have worked as a mosaic auteur. Why in your opinion is this kind of aesthetic and construction dominated by male directors?

Well, it’s very sad but it’s a reality that the film industry is largely dominated by male filmmakers. In Germany for instance, only 10 percent of the films are made by women. Just by sheer numbers, there are fewer female filmmakers. There are entrenched institutional problems linked to funding, how films are being selected and distributed. At the same time, I considered Claire Denis and Ann Hui – I like their films very much but again, it’s a contextual problem. Ann Hui works within an Asian context and Claire Denis’ French context also overlaps with Haneke…

Do you think that the mosaic aesthetic is more conducive to a certain genre, and is there a growing appetite nowadays for more complex narratives or puzzle films?

I don’t think it limits itself to a genre. For instance, there are comedies like Love Actually that are multi-character comedies and mosaic films. Regarding a growing appetite, I do see a decreasing number of multi-character films. I haven’t done this statistically, but I’m sure that the number of multi-protagonist films have decreased since 2005.

Yes, at the same time, there are shows like Game of Thrones. I think that has a lot to do with the way people interact with space has changed, but also how the way they interact with film medium has changed. Game of Thrones gives a perfect space for people to interact with multi-strand narrative. The medium of television here gives enough space for suspense and getting into stories in a paced way. In Hollywood films, there is a trend for making films like puzzles but it doesn’t necessarily mean that they are going for the complete multi-character narrative. If you look at Iñárritu, he has come a long way since Babel and his multi-character strands…

Iñárritu is an interesting choice because he has become more of a household name and more recognized on the Hollywood scene with films that seem more linear, more straightforward, like Birdman and The Revenant…

True, but you could even argue that The Revenant is a mosaic film, even if it’s not a multi-character one. You see one character with different spaces, you witness the character of Hugh Glass in different milieus and how he brings different elements within those milieus. In a way, Iñárritu cannot get away from that mosaic aspect within him, the way he handles space remains in even his recent films.

Have there been any recent films or emerging talents that have impressed you within the context of mosaic filmmaking?

I really enjoyed A Tale of Tales by Matteo Garrone. It’s an adaptation of a collection of Italian tales, and a very clever way of interweaving the different traditional fairytales. Otherwise, Amerika Square by Yannis Sakaridis and Akin Omotoso’s Vaya, which premiered at this year’s Berlinale, are flawed but interesting films.

Do you have any other writing projects on the horizon?

I have started a project about Greek cinema, specifically Greek guerrilla filmmaking. I’ve been in touch with a group of filmmakers from Athens, who, despite the fact that there is no funding, still manage to make films. The project aims to give a voice to people who work hard with limited resources to make it happen.