The murder of George Floyd and the unrest gripping the US has left many speechless. That’s probably for the best, as now is not the time for manufactured outrage or empty platitudes. However, this leaves some not knowing what the best course of action is when it comes to showing solidarity with the protests in the US and around the world.

Whoever you are, wherever you come from, there are things you can do to support the global struggle against racism, no matter how insignificant they may seem in the grand scheme of things. Donate, attend protests, but first and foremost, do your homework and get informed. Read and learn about why people are protesting, racial inequality and police brutality, and take the time to absorb the stories from the black community.

As for film lovers, one way to learn is to celebrate and support black filmmakers, the artists and creators who interrogate racist violence, address systemic oppression, and offer depressingly prescient words and images of truth through their art. From Spike Lee’s Do The Right Thing, John Singleton’s Boyz N The Hood, Steve McQueen’s 12 Years A Slave, Ava DuVernay’s Selma to more recent releases like George Tillman Jr.’s The Hate U Give and Melina Matsoukas’ Queen & Slim, there are a great many films out there that not only directly speak to the moment we’re in, but also empathetically approach the many facets of the black experience. One way – and not the only way (see below for donations to causes and petitions to sign) – to educate ourselves can be through watching films, expanding our hearts and minds by listening to voices that share the experience of people of colour and those who expose that what happened to George Floyd is far from an isolated incident.

Here is a list of five exceptional films released within this decade which address and confront endemic racism in America through different film genres. This isn’t intended to be a comprehensive or exhaustive list by any means, and we recommend you also keep the aforementioned films on your radar for further viewing. 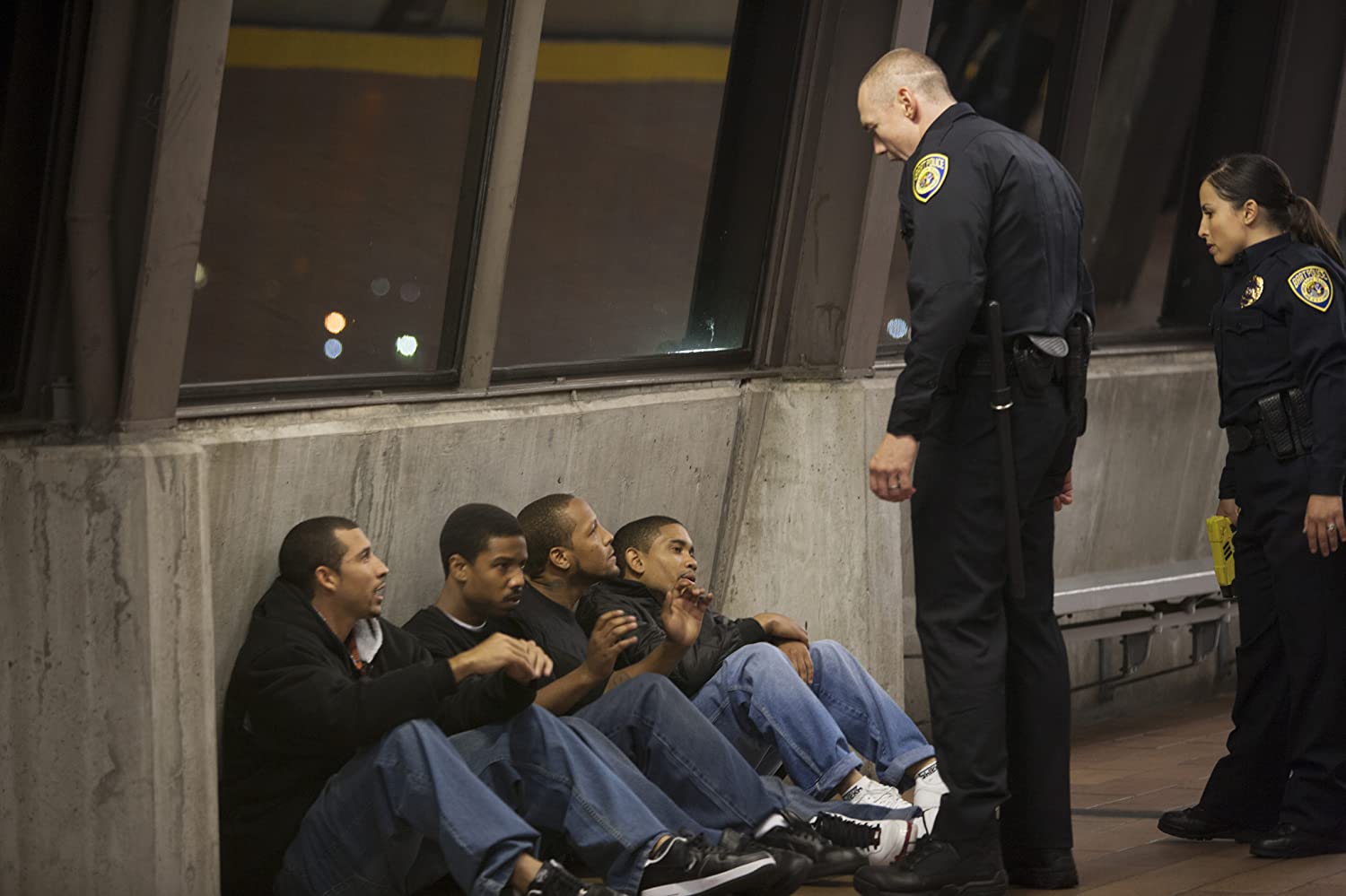 Ryan Coogler’s debut film starts with the real-life recording that inspired Fruitvale Station. It’s a haunting opening that introduces us to the story of 22 year-old Oscar Grant. In the early hours of 2009, Grant was on his way home from celebrating the start of the New Year when he was shot dead by BART police officer Johannes Mehserle at the Fruitvale district station of the Bay Area Rapid Transit system in Oakland.

This biographical drama chronicles the 24 hours preceding the crime, in which Coogler shows a multifaceted young man who’s trying to make the best of it. The believably flawed character and the way Michael B. Jordan portrays him only emphasises the event’s horror and how a loss of life could have so easily been avoided. In light of recent events, there might be temptation to describe the devastating image of an unarmed black man pinned down with his arms yanked behind him and killed by a white police officer as chillingly prescient. It is, but Coogler’s film reminds us that Grant’s name is one among many. That the officer who murdered Grant only served 11 months in prison for his crime also reminds us the American system isn’t broken – it’s rigged by design to ensure that the lives of people of colour like Oscar Grant III, George Floyd, Breonna Taylor, and so many more, are deemed inferior. 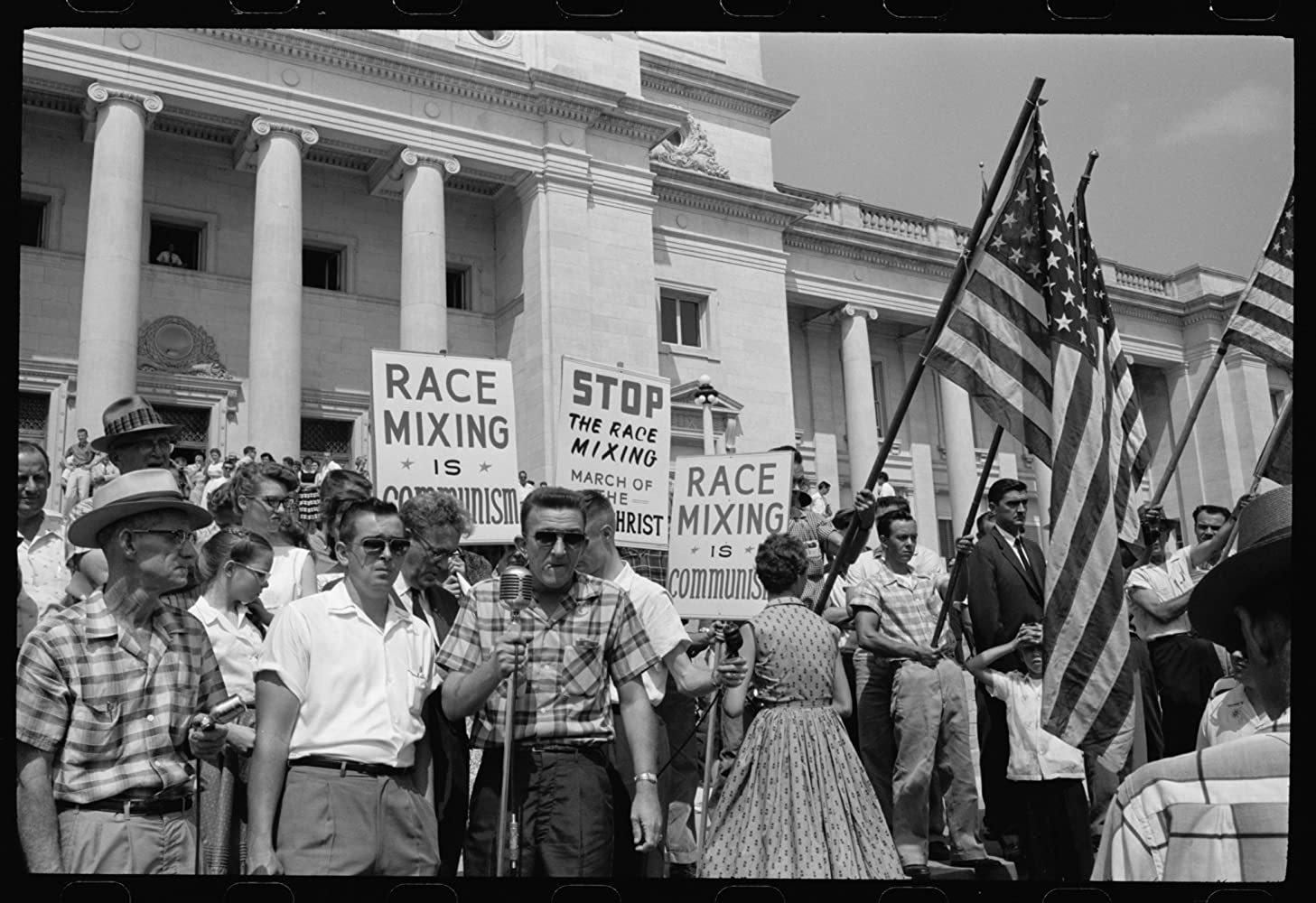 I Am Not Your Negro

This vital 2017 documentary sees the Haitian filmmaker Raoul Peck take the words of late novelist and social critic James Baldwin, who wanted the lives of Malcolm X, Martin Luther King Jr and Medgar Evers “to bang up against each other” in his unfinished memoir Remember This House, and stylishly lace the author’s prose with archival footage and modern clips. The result is a compelling and layered chronicle of black activism during the civil rights movement. It concisely distils a complex issue and plays around with chronology to reinforce the timeless and often prophetic quality of Baldwin’s prose.

These eerily prescient aspects come to life through the narration and the director’s love-hate relationship with Hollywood. Peck, a confirmed cinephile, uses a variety of film clips to create a fascinating correlation between the history of cinema and America’s race struggle. He mirrors Baldwin’s views and illustrates how the image projected by the cultural exports of Hollywood clashes with social realities. In some cases, the self-perpetuating fantasy of American life seen on the big screen reflected the “moral apathy, the death of the heart” the author saw across his country. Hollywood here is essentially the eagle wounded by an arrow. Few documentaries have blended righteous rage with thought-provoking depth so brilliantly. This exploration of racism in America never limits itself to hectoring, instead using open-hearted words of anger and reconciliation to double down on political and humanitarian urgency.

Catch up on our interview with director Raoul Peck, which took place at the 67th Berlinale, where I Am Not Your Negro premiered. 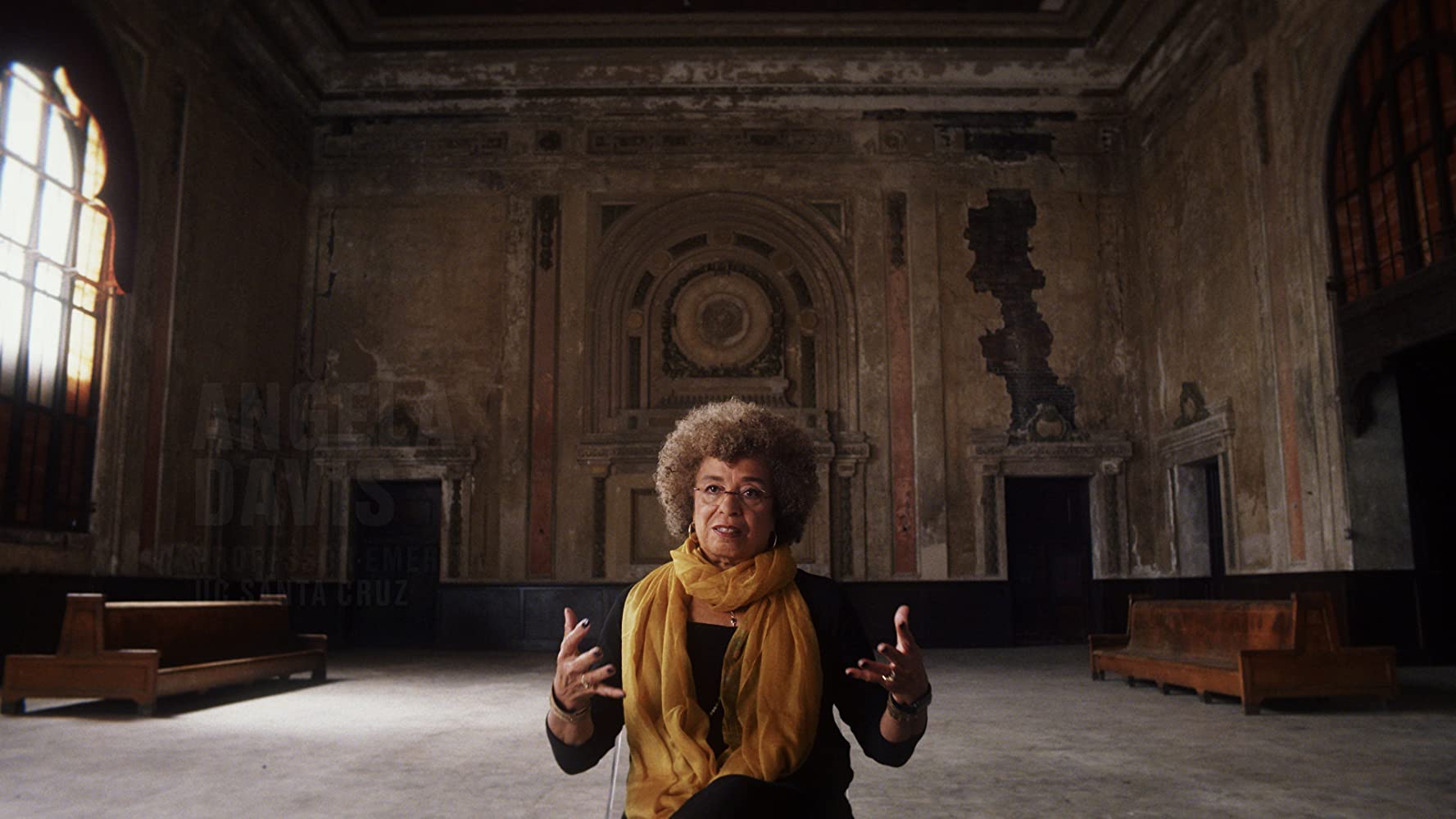 Ava DuVernay’s follow-up to Selma is a powerful, politically urgent documentary about the prison-industrial complex and the 13th Amendment (the abolition of slavery), which is supposed to guarantee racial equality in the US. Through a comprehensive history lesson about the corrupted penitentiary system in the US, 13th shows how the game is consistently rigged against black people in America.

DuVernay expertly takes the pulse of the American conscience and delivers an insightful and rage-filled doc that manages to be both pugilistic and composed. It’s an impassioned and well-reasoned documentary that makes this list not only for its topical nature in the wake of recent events but because it allows the viewer to better comprehend how the US’ mass incarceration has become an extension of slavery. It exposes the reality of being black in today’s America and how all the empty pontificating about how such a great country has changed and led the way in terms of progress is, in fact, far from truthful. Required viewing. 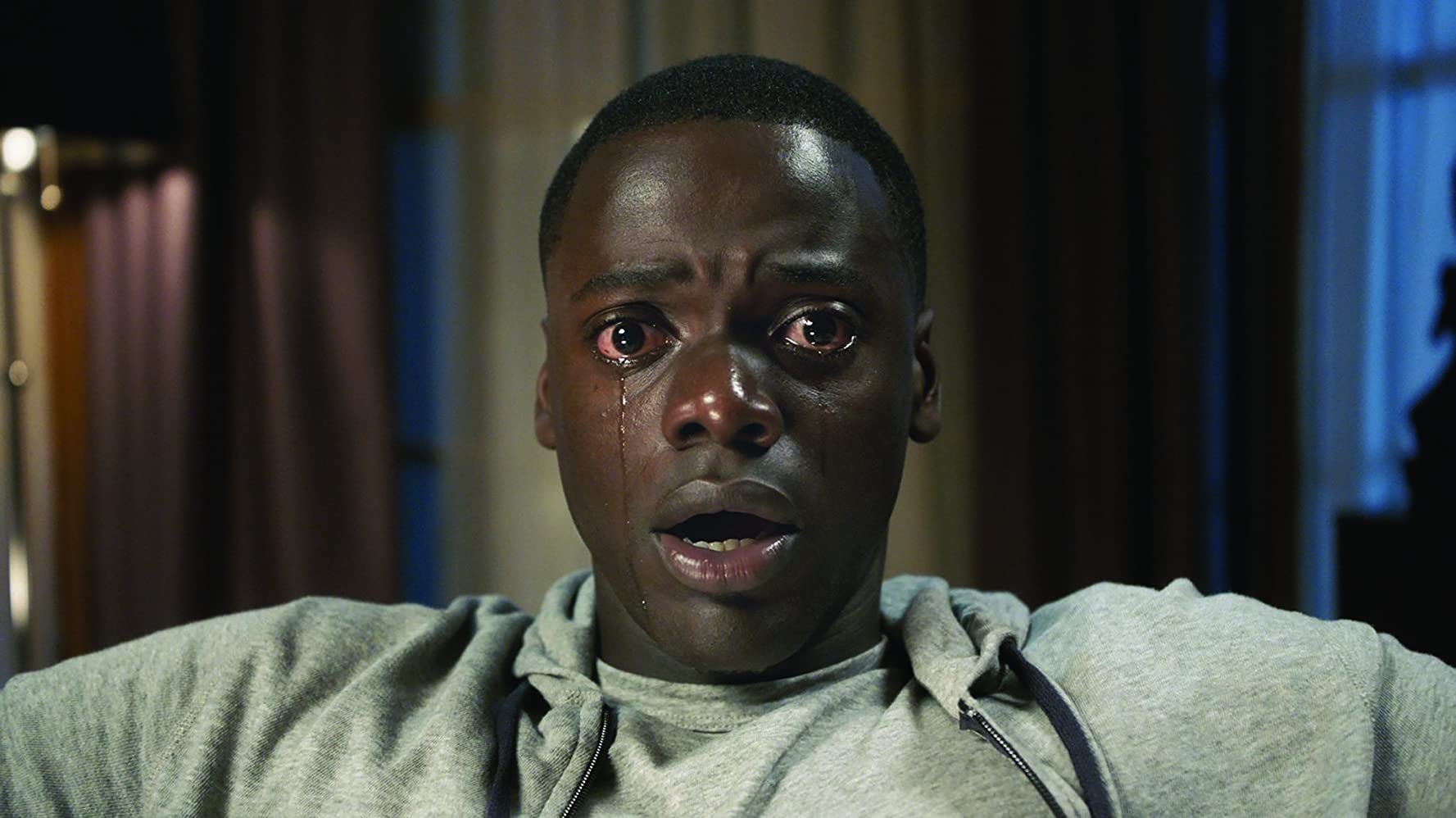 Jordan Peele debut feature is a satirical nerve-shredder of the highest order. It sees twentysomething black man Chris (Daniel Kaluuya) going to his girlfriend’s suburban family home to meet her seemingly uber-liberal white parents. “Do they know I’m black?” he asks apprehensively, only to be reassured that it won’t be an issue. Unsettling tensions rise and Chris begins to wonder: is it prejudiced paranoia or is something lurking beneath the overly-PC attitudes and prolonged smiles? The writer/director uses horror tropes to better grapple with the horrors of racism. Peele deftly weaves tense thrills and dark comedy into his powerfully unnerving twist on Guess Who’s Coming to Dinner-meets-The Stepford Wives. The result is a satirically potent and trenchant commentary on post-Obama racial attitudes, targeting those who pride themselves on their “liberal” values. Never have the evils of racist behaviour been so brilliantly addressed through the prism of a genre film.

If Beale Street Could Talk

Barry Jenkins’ follow-up to his Oscar-winning film Moonlight is a beautiful, politically charged romance adapted from James Baldwin’s 1974 novel of the same name. We follow Tish (Kiki Layne) and Fonny (Stephan James), a young African-American couple with a baby on the way. However, Fonny is jailed and awaits trial for a sexual assault he didn’t commit, and Tish sets out to clear his name.

Her efforts lead her to face systemic racism that make her quest seem increasingly futile. Sumptuous aesthetics and Nicholas Britell’s heartachingly melancholic score only heighten the romantic yet engaged narrative that exposes the endemic racism at the heart of America and its criminal justice system. It’s powerfully poignant, enraging and deeply hopeful, as Jenkins depicts how love can survive all odds, despite a rigged game.

Catch up on our interview with director Barry Jenkins, which took place a few days prior to his Oscar nomination for Moonlight.

Watch. Listen. Learn. Stay informed. And if you can, donate to causes that need funding. Here is a non-exhaustive list of sites for petitions and donations: