EDITOR’S NOTE: The German government has announced a November lockdown for cinemas starting on Monday. To the best of our knowledge, all the events mentioned in this article are still going ahead, before the four-week closure kicks in. Despite us giving you streaming recommendations, please keep supporting your local kinos by heading to the cinema these next few days.

Make the time to book tickets online and make your Halloween plans cinematic. These film recommendations can be watched after the lockdown begins. All Berlin screens have done a stand-up job by implementing safety and hygiene procedures, and no outbreaks have been traced back to cinemas. They have faced an unprecedented – and ongoing – crisis this year, and there are fears that this new lockdown may be a deathblow for many screens, who depended on the footfall of next month’s now cancelled film festivals, like Soundwatch, Interfilm, Afrikamera, and many more. If there was a time to show your support, now is that time.**

For horror hounds, October is usually a month brimming with timely releases and enough special events on the 31st to quench everyone’s bloodlust. However, because of *insert some withering comment about 2020 being an almighty catastrofuck that’s proven to be a punishingly unpredictable year when it comes to cinema releases*, we’ve missed out on Candyman, A Quiet Place Part II, Last Night In Soho, Halloween Kills, and are stuck with The Witches instead. Shudder.

Still, there are a handful of options for the discerning Berlin cinephile. As we stated in our weekly This Week At The Kino column, there’s the Final Girls Berlin & The Future Of Film Is Female’s virtual event, Creepy Crypt’s Halloween H20 screening at Rollberg (10.30pm), or Babylon’s 3rd 24-hour non-stop horror-a-thon.

But if none of those strike your fancy, there’s more than enough out there on them internets to ensure you make it through All Hallows’ Eve with appropriately soiled underwear. We’ve kept things short and sweet, selecting an overlooked modern masterpiece, an underappreciated classic, and a Sweet-Pazuzu-turn-it-off Disney traumatizer, to help you wade through the streaming clutter this Halloween.

While everyone was too busy blowing smoke up the backsides of the admittedly very talented Robert Eggers (The Witch, The Lighthouse) and the overrated Ari Aster (Hereditary, Midsommar), many missed out on the horror queen that deserved all their attention: Julia Ducournau.

The French writer-director’s feature debut, Raw (Grave), annoyingly didn’t get a theatrical release in Germany but stands to this day as one of the best modern horror movies you’ve most likely never seen. It sees lifelong vegetarian Justine (the astonishing Garance Marillier) follow in her parents’ footsteps by integrating a veterinary college where her sister Alex (Ella Rumpf) is also studying. The virginal fresh(wo)man is pressured into eating meat – raw rabbit kidney – for the first time during a series of vicious hazing rituals. This triggers a nasty full-body rash which transforms into a craving for meat and awakens within her some aggressive sexual yearnings. For starters.

No more shall be spoiled here, but safe to say that Raw is a wild ride that pulls no punches and is consistently audacious in its desire to intelligently provoke. Just be warned – it’s not for the faint hearted. Or the weak-stomached, for that matter. Ducournau manages to envelop the viewer in the toxically tribalistic spirit inherent to humiliating initiation tests, which see the vet veterans bully the rookies, as well as capture that knot-in-stomach feeling of being out of your depth in a new, claustrophobic environment. Most thrilling of all is how she unflinchingly, and with nauseating tactility at times, delves into themes of womanhood, sisterhood and inherited familial trauma with measured excess.

While coming-of-age and the exploration of femininity through the prism of horror is hardly new terrain – Raw shares a great deal of DNA with the likes of Carrie and Ginger Snaps, a film which used the werewolf mythos as a puberty metaphor much like Raw employs cannibalism to comment on what happens if you don’t conform to society’s norms – rare are films like Ducournau’s that buttress their allegorical strata with such rich visuals, visceral intensity, and wicked humour. As for that poisonous little sting it saves for the closing minutes, it’ll leave you aching to reassess the subtle hints that forewarned such a devilish twist. Provided you aren’t already frantically emptying your fridge of any meat products. *David Mouriquand, Exberliner Film Editor and lapsed pescatarian*

At times, the prospect of watching a classic slasher film from a feminist perspective seems bleak. On the one hand, A Nightmare on Elm Street’s Nancy Thompson is the representative feminist protagonist: braver, smarter, and more determined than all of her male counterparts. Adversely, it is difficult to avoid wincing at Freddy Kruger’s long razor-claws surfacing between Nancy’s legs in the bathtub. For today’s horror enthusiasts, slasher films’ repeated sexualization of women is tiresome yet expected.

There is, however, one notable exception to consider if you’re looking for a classic scary movie: the little-known Canadian horror film Black Christmas, directed by Bob Clark. The 1974 original may have been dubbed a box office failure in the United States (despite its success in Canada), but has recently entered the slasher spotlight. Its release coincided with that of the wildly popular Texas Chainsaw Massacre, but while that film’s final girl spent an entire half hour screaming and stumbling away from a chainsaw-wielding butcher wearing a mask of human skin, Black Christmas pleasantly surprises audiences with nuanced dialogue and, most importantly, its depiction of women.

The plot is familiar and fairly straightforward: as students prepare to leave campus for the holiday season, a stranger enters the attic of a sorority house and kills its residents one by one. First, he places a series of obscene and threatening phone calls to the sorority sisters. When one of the girls, Clare (Lynne Griffin), goes missing, Barb (Margot Kidder) and Phyl (Andrea Martin) march down to the police station and demand that something be done, but are not taken seriously. Meanwhile, Jess (Olivia Hussey) tells her boyfriend that she is pregnant and intends to have an abortion, much to his outrage. Throughout the film, the harassing phone calls become more intense.

While the film contains the usual suspects of tropes regarding the enigmatic serial killer and the final girl, it doesn’t overindulge in the killings themselves. The women of Black Christmas are not doomed on account of sexual transgression, but rather embody an ordinary and realistic approach to sex that is continually subject to the strictures of the men in their lives. The women, in other words, are doomed on account of being women. It may still be another month before the start of winter holidays, but the spooky season for politics is now. If you still have the stomach for it, this is an eerily relevant take on sexism sure to give you the chills. *Iva Marie Fehr, Exberliner contributor and expert Barbie doll dismemberer*

Have you got any littluns in your life? Lucky you. How do you feel about mentally scarring them with wounds they’ll carry into adult life? Nightmare-fuel and reason why this film critic’s future psychologist is destined to have an almighty meltdown, 1985’s Return To Oz saw Disney exploring how far they could venture into more adult territory. Safe to say they ended up slamming on the accelerator a bit too hard.

Much darker than your average kids’ film, Return To Oz is the positively traumatizing sequel to The Wizard Of Oz. It sees Dorothy’s guardians convinced she’s mad and attempt to commit her to an asylum. Our heroine is subjected to sinister shock-treatment sessions but manages to escape and heads back to the magical world of Oz. However, when she finds her way back to the Yellow Brick Road, everything is in ruins; Lion and the Tin Man have been turned to stone and Scarecrow has been kidnapped. In order to save Oz from the Nome King and Mombi the witch, she’ll have to team up with a nightmarish roster consisting of wind-up man Tik-Tok, Jack Pumpkinhead and Belinna the talking chicken.

Yes, you read that right.

Directed by Walter Murch (best known as the editor of The Godfather), Return To Oz came out 45 years after the beloved original, and it’s…different. Most likely the result of a collective 1970s drug comedown, the best way to appreciate the movie’s dread-soaked atmosphere and get the full experience is ideally under the influence of the devil’s cabbage. That said, Return To Oz deserves much credit for its sheer boldness, and remains fascinatingly weird. Taking a page from The Dark Crystal’s playbook, the emphasis on the darker sides of L. Frank Baum’s Oz mythology is mesmerizing. The true nightmares come from the rather excellent use of puppetry, claymation and animatronics; the most terrifying of the bunch are the inhabitants of this darker Oz, The Wheelers, which made a whole generation of kids fast-forward the VHS just so they could stand a chance of getting some shuteye. The Wheelers are the unholy marriage of contorted men and malevolent wheelchairs; they cackle and use their distended limbs to chase Dorothy through the ruins of Oz, and it’s… not right. Just not right. *David Mouriquand, still the Film Editor at Exberliner and President of the talking chicken fanclub.*

And if none of those ruffle your truffles, we cheekily remind you that during lockdown earlier this year, we painstakingly compiled a list of 18 short horror films that you can access for free through YouTube, Vimeo and other online platforms. Here are three shorts from our list, to whet your appetite: 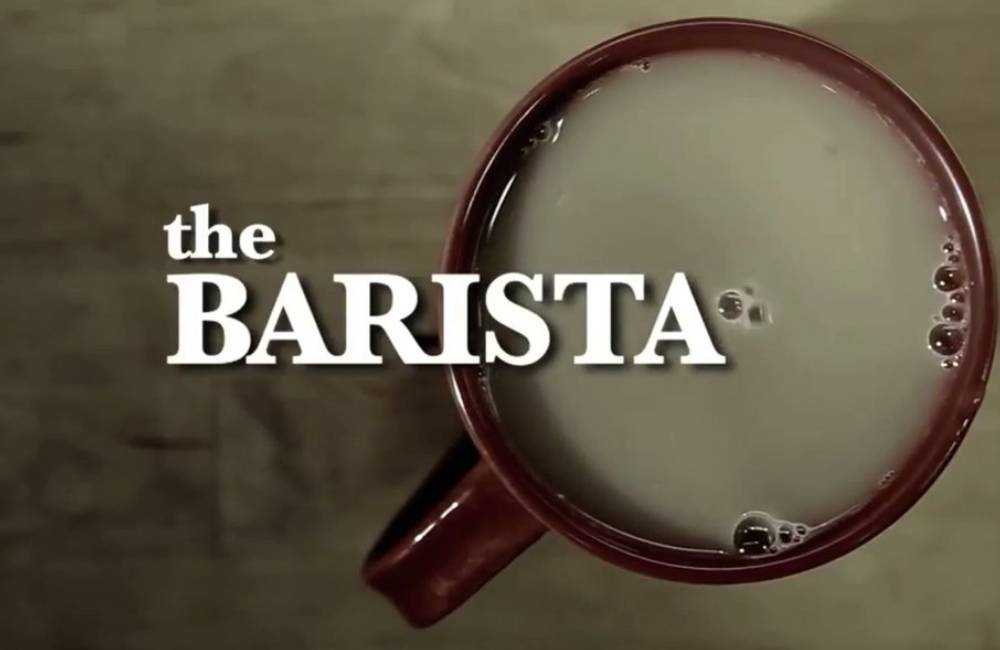 Horror and comedy make wonderful bedfellows and The Barista is further proof. A lot of the humour in Rebekah McKendry’s deceptively ingenious 2013 short hinges on the wired performance from Morgan Peter Brown, who plays a paranoid customer who strides into his favourite coffee shop with a documented theory about who the titular barista truly is. Watch it here. 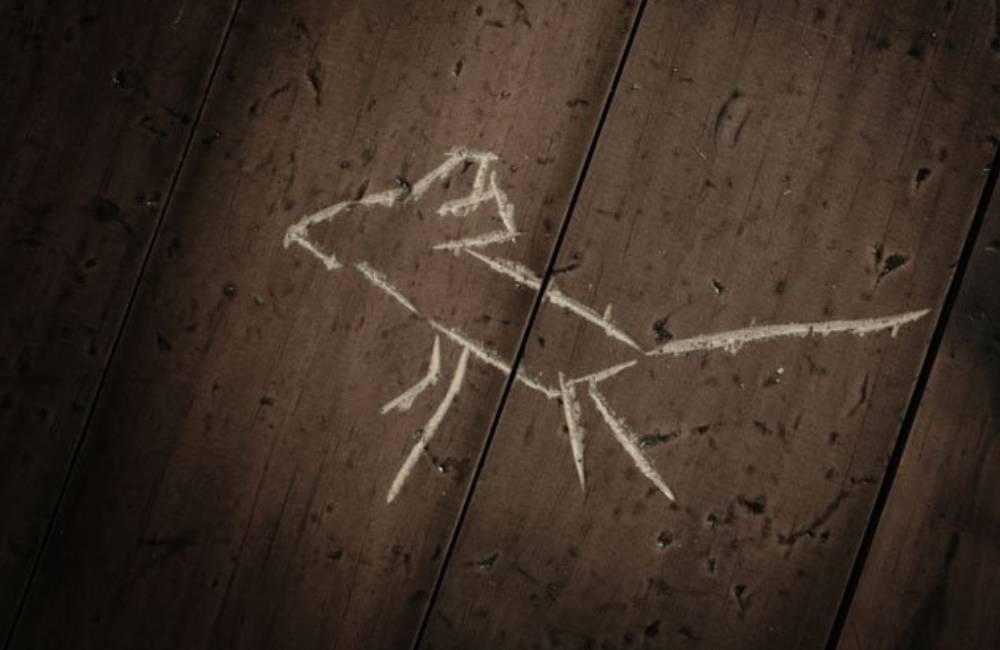 Screened at 2017’s Down Under Film Festival in Berlin, Christian Rivers’ Feeder is an evocative modern spin on the age-old Faustian legend about blues musician Robert Johnson selling his soul to the devil in order to achieve musical mastery. This short film sees a down-on-his-luck musician having to weigh up which lines he’s willing to cross when an unseen entity trades him songwriting inspiration for an increasingly heavy price. Watch it here. 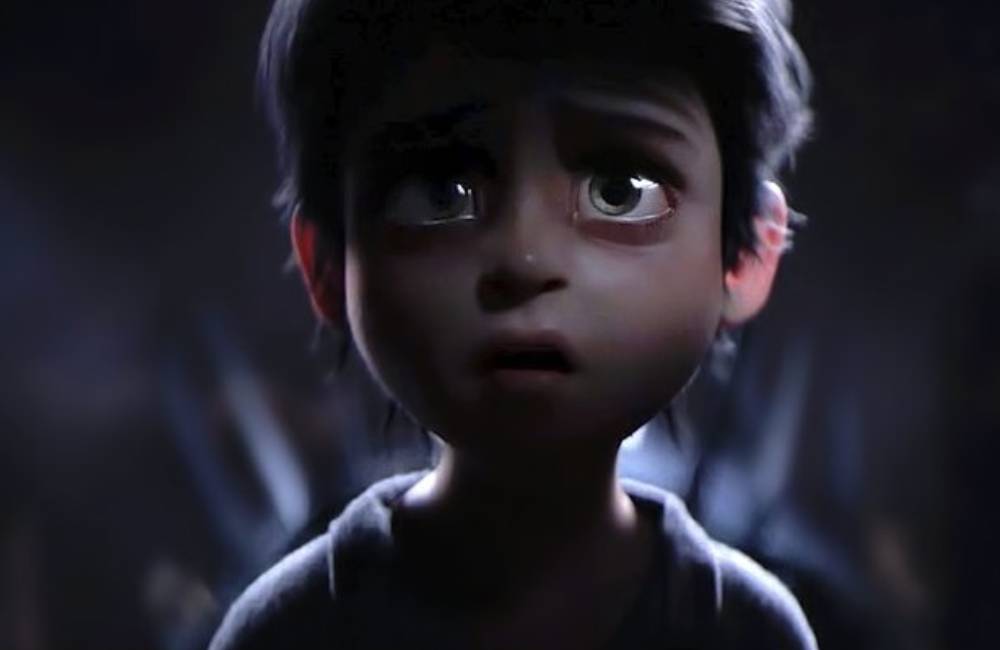 La Noria (Spanish for ‘the Ferris Wheel’) is an animated film that may not terrify the seasoned gorehounds and the ever-so-slightly-jaded horror lifers amongst you. However, Carlos Baena’s exquisite short is without a doubt the most emotionally resonant entry in our full 18-film list. It deserves to be seen without too much prior information – the skinny goes along the lines of: grieving boy fends off monsters that look like rejects from the Resident Evil auditions. Watch it here.

Make sure to check out our full list of horror short recommendations if you fancy quick bursts of horror this Halloween.