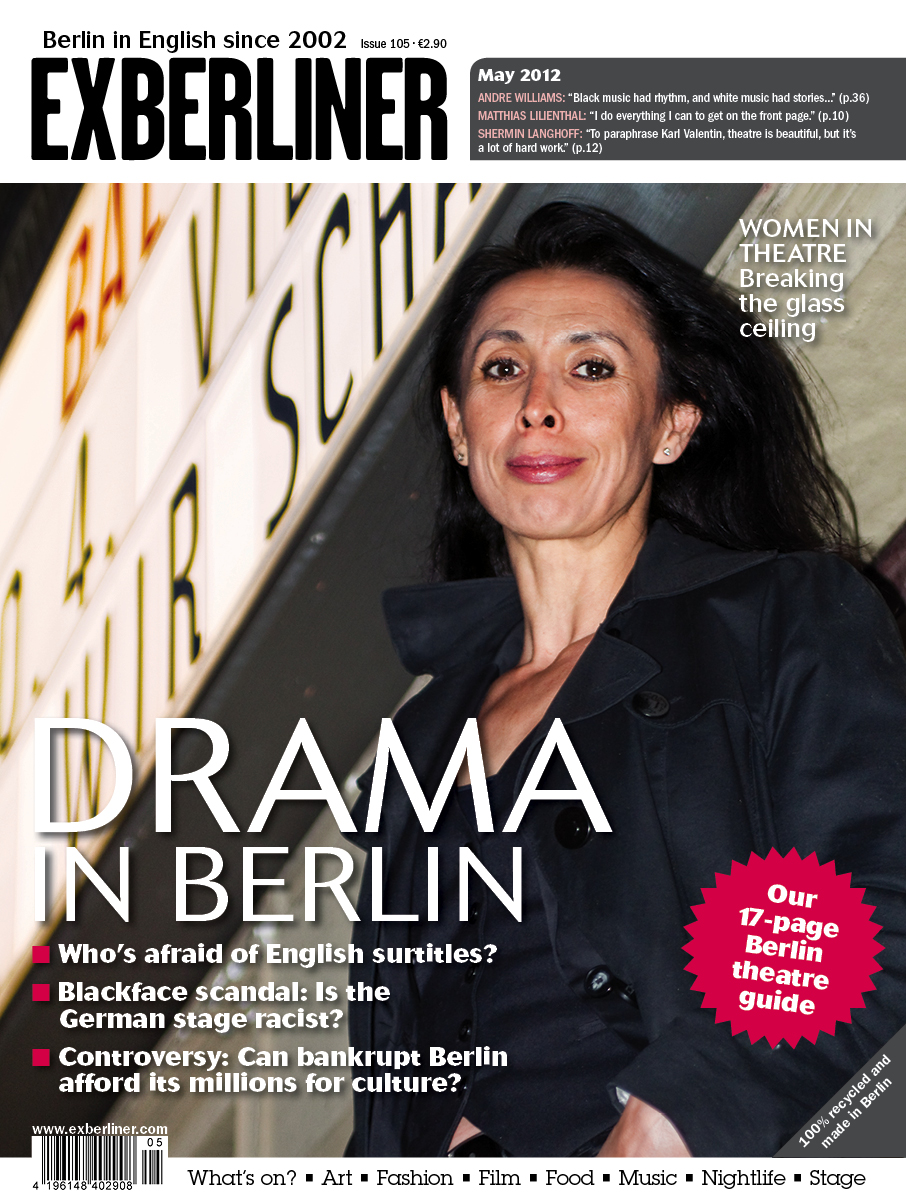 THE THEATRE SPECIAL! With some of Germany’s best productions being showcased at the Theatertreffen this month, it’s officially theatre season in Berlin.

THE FUNDING DEBATE Berlin is broke. But can the city fix its debt problems by cutting back on culture? Exberliner investigates the new Kulturkampf.

WHO’S WHO IN BERLIN THEATRE Their creative leadership and directorial talent have shaped Berlin’s contemporary theatre landscape. These are the names you should know.

A MAN’S WORLD As a woman in the Berlin theatre scene, you have to speak out loud tells Sophiensæle director Franziska Werner.

RACISM ON THE GERMAN STAGE Berlin may be more culturally diverse than ever, but white men still rule the stage. Now in the wake of a shocking ‘blackfacing’ scandal, it’s time to address racism in Berlin’s theatres.

THE BEST OF BERLIN Bread bliss, ping-pong mania and sex by audio: Exberliner’s editorial team gives you their picks of the month.

TAX TIME! No one wants to stay a tourist forever. But when it comes to the German tax system, settling into Berlin can be tricky. Find out all what you need to do to survive and save.

Plus all the latest in film, events, food, fashion and much more!

You can order the May Issue here. Or subscribe now and get two free tickets to the Building the Revolution exhibition in the Martin-Gropius Bau worth €20!