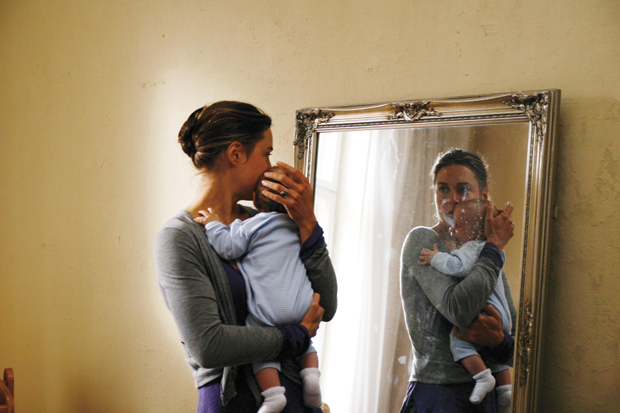 With her 2008 award-winning film, Das Fremde in mir, filmmaker Emily Atef tackled one of society’s most hush-hush issues – post-natal depression.

A surreal drama about a woman suffering from post-natal depression, Emily Atef’s Das Fremde in mir (The Stranger in Me) counters the glorified trope of motherly love. After the joyful anticipation of the birth of their first child, Rebecca (Susanne Wolff) and Julian (Johann von Bülow) face an unexpected development as Rebecca finds herself incapable of responding to her healthy baby and falls into a dark cloud of restlessness and fear. Atef’s unpretentious approach towards the issue, a carefully structured script of thematic depth and effortless performance by Wolff come together to provide a convincing and empathetic presentation of a situation that remains largely misunderstood. In collaboration with realeyz.tv, on January 26, 8:30pm at Lichtblick Kino, Exberliner welcomes you to the film with English subtitles, post-screening Q&A and our customary complimentary refreshments.

Your film deals with post-natal depression, a topic not often discussed. Why did you choose to take it on?

I came up with the idea along with my co-writer Esther Bernstorff. Women are expected to be happy and thankful after delivering a healthy baby, but that is not always the case. Even if they want to, they can’t say that they wish they didn’t have a baby. Even after a difficult birth, a woman cannot say, “Oh! I feel like shit!” But you speak to any mother without judging them for a minute, then the real truth comes out. As we started our research, we were shocked to find out that 10-20 percent of women suffer from postpartum depression in Germany alone. Some of them don’t even get diagnosed; some manage to get better over the months on their own and some need psychiatric help.

In your research did you have face-to-face contact with woman suffering from PND?

Women were generally not willing to meet as they were afraid of being judged but we were lucky to find a wonderful psychiatrist who helped us with realistic research and cases. She specialises in the bond of mother and child in Berlin and has helped a lot of women who were already in a suicidal state when they found her. However, after the completion of the film, a lot of women came out to talk openly and share their personal stories.

There is a sense of silence throughout the film.

The silence was extremely important to the film as the protagonist is alone most of the time and is suffering a sickness that has no words. The societal pressure, the feeling of alienation and the blurry sickness lead to an undying silence, where the woman feels like a stranger not just to the baby but to herself.

The film explores the problem in an extremely subtle and realistic manner and yet manages to have an impactful ending, one that feels positive. Was that the plan since the very start?

We knew since the beginning that we wanted to end the film with hope. Our research with the psychiatrist showed 100 percent positive patient results, and that is what we wanted to show in the film. While it is true that women go through post-natal depression, it is equally true that they can and do come out of it. Some things about the story did change over the course of the two-year research, but most of it we knew from the start.

You’ve mentioned that you always want your films to reach an international audience.

Das Fremde in mir is my only film that is shot in Germany with German actors speaking in German alone. However, it was extremely successful globally because the theme is universal, one that lot of people can relate to. Not just the women but their husbands, friends and families, who suffer directly or indirectly with them. A few things change with geographical boundaries, but the basic idea remains the same.