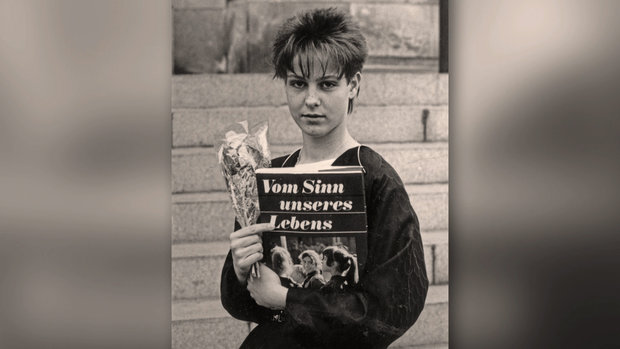 A lot of people can remember where they were on November 9, 1989, but none felt the impact more intensely than the citizens of the soon-to-be dissolved German Democratic Republic. Director Anke Ertner explores young people’s lived experiences in the contemplative and emotional Generation 89. Six teenagers living in the GDR when the Wall came down relive their thoughts, fears and excitement and how they each dealt with their radically changing world. In cooperation with realeyz.tv, Exberliner presents a very special screening of Generation 89 with English subs and a director Q&A afterward, as well as complimentary wine, on Wednesday, August 26, 8:30pm at Lichtblick Kino.

What made you decide to tell this story?

Actually I had the idea to tell the story over 20 years ago. Shortly after my studies I actually wanted to write a book about what our age group experienced when the Berlin Wall came down, but I didn’t think I was able to write a book. I did interview a lot of people but I wasn’t able to finish the project. However, the idea stayed in my mind. I decided with my cameraman three years ago that I would do this on film. We finally decided to do it with my closest friends, all of who were aged 14-18 during that time.

Why was it so important for you to focus on this age group?

I really feel that no one has cared about this age group as part of German Reunification history until now, but it was obviously always important to me. We wanted to tell everyone how we felt at this time, we wanted to explain how we feel today and how important this period was to us. Until the 25th anniversary of the fall of the Wall, we felt that no one really spoke about it.

That’s interesting that you went from the idea of writing a book to making a film. Do you think that this medium has told your story better?

Yes because we were able to use footage from private archives. Speech is also very important, rather than transcribing interviews, when people speak for themselves in front of the camera you can see real emotions.

The protagonists in the film, what was their reaction when you asked them to take part in this project?

All of the six protagonists reacted differently. One of them was very happy that someone wanted to tell this story, others were a little more complicated. They knew that it wouldn’t be easy to tell their stories to the camera. To relive emotions from a long time ago can be very hard.

In the film there was a lot of overlap between your school lives and the events happening around you. How did the fall of the Wall affect your school life?

When the Wall came down you can imagine that for the next eight weeks, school was just one big discussion. In terms of subjects, you still did Science and Maths as always but other subject like German Language and History stopped. Teachers were very insecure about their syllabuses. One of the film’s protagonists didn’t go to school for six months because nobody cared about teaching.

How did people cope with the all the changes? Was it easy for them to accept?

You have to understand when you’re 14 years old and everything starts to change, you change too. It’s a lot of pressure on one hand, but a lot of fun on the other. It always depends on the person. You can see in the film that some are very happy. I really think that then and today we are extremely adaptable people. We learned how to dive into the new society.

Do you have agenda with this film?

Actually before we start the film we had one rule: We’re not sending messages. We are telling our story, we’re giving our generation a chance to share their experiences and feelings. We just wanted to show the world that not all of us were dancing on the Wall. And that young people had problems too because of the changing society. This was the year that changed us.