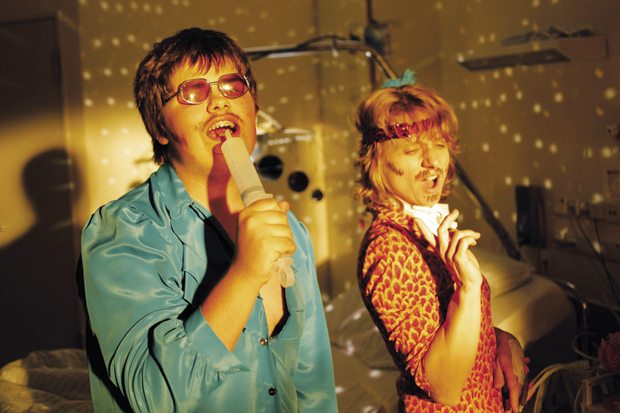 At this month’s EXBlicks, director Axel Ranisch returns with “Ich fühl mich Disco”, his follow-up to the wildly popular “Dicke Mädchen”. Catch it at Lichtblick Kino on SUN, Jan 5, 20:00 with English subs and a director Q&A afterwards.

A protégé of Rosa von Praunheim, Ranisch uses the same endearing take on loss and personal discovery that made his first film so remarkable, this time obviously with more financial backing.

The Herbsts (Florian, Hanno and Monika) are a seemingly typical German family construction, with mother Monika doting on young Florian, while father Hanno doles out what he perceives to be tough love. When Monika suddenly falls into irreversible coma, Hanno and Florian must bridge the all-too-common gap between father and son – not made easier by Florian’s burgeoning homosexuality.

With a slightly more-than-tepid love interest in the form of a Romanian swim classmate and the recurring appearance of Schlager singer Christian Steiffen (“Sexualverkehr”), Ranisch rounds out the story of already good people learning to be better people.