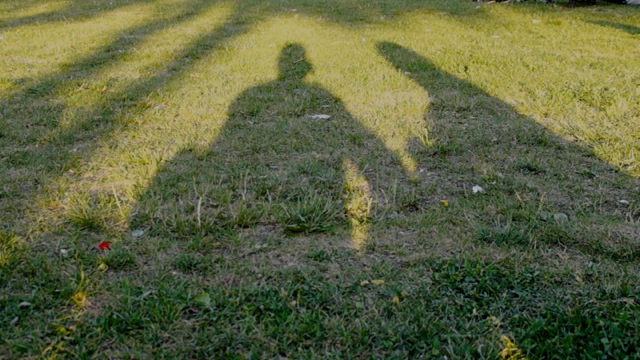 Catch the winner of our 2015 Exberliner Film Award on Monday, May 18 at Lichtblick Kino at 8:30pm!

Napps – Memoire of an Invisible Man follows the experiences of a Berlin refugee in an unusual way: unable to work and by extension to helm or appear in a film, he takes the camera and shows the city through his own lens, known only to the viewer as Mr. X. Our jury awarded it the Exberliner Prize at last month’s Achtung Berlin Awards.

Israeli director Tami Liberman completed the short film as part of her graduate studies in Visual Media Anthropology at the Freie Universität.

As part of our next Lichtblick Kino EXBlicks screening in association with realeyez.tv at 8:30pm on May 18, Napps will appear alongside Insel36, which documents the struggle of refugees at the former Oranienplatz camp to raise awareness, marshal protest efforts and survive the icy winter. A Q&A with members of production will follow.

What brought you to the idea of making a film about a refugee in Berlin?

It was almost accidental. I was looking for people to join in a project about homes – and because my German was not good enough, I started approaching other foreigners, walking around Görlitzer Park and talking to people hanging around there, many of them Africans. I approached Mr. X, the protagonist of the film. We met for coffee and clicked immediately.

The great originality of this film is that you decided to hand over the camera to your protagonist – was it a concept from the start or also accidental?

As we were talking, I started realizing what his political status was. And I asked him “Wait, so if you can live here but you cannot work – would you feel comfortable even appearing in front of the camera?” And he told me, “No, I’m sorry – I can’t.” And so I said, “Well, maybe you’ll just hold the camera instead.” And he was quite excited about it because of his background in photography. The limitation itself formed the concept and the content of the film.

What about the decision to appear in the film yourself?

I wanted reveal the hierarchy, reveal the imbalance in our political and cultural statuses – as I can be seen and he cannot – but also to reverse the more normative relationship of a film subject and a director. The film itself was a way to challenge the representation of refugees we’re used to in mainstream media – we are quite used to seeing these photographs of mass invasion… Of these mass groups coming in boats – it’s very easy to correlate these images to either a threat coming into the fortress of Europe, or to see them as groups of victims. It’s rare that we get to see any portrayal of individuals.

That said, Mr. X can’t give much detail about his own life to preserve his anonymity, so he does talk about “we as refugees”. How did you handle this tension between representing an individual, and his inability to speak as an individual?

I have had people tell me that they found it disturbing that they don’t know his individual background. I hoped that… Through his voice, which is so tender, a voice that I think manages to bring a lot of his character through, people will feel that they get to know an individual, and not just a representative of a whole generalized culture. Some of the stories are more personal – we do know that he’s a photographer, we can sense his passion for music. I hoped that there would also be a positive effect – that the viewer will be frustrated, to the point where they want this reality to change. Where they will say, I cannot accept the fact that I cannot know more about this person.

So there’s a level of connection, but the audience wants more.

Exactly. They will want the frame to change.

We filmed throughout June 2013. The camera itself was a Sony owned by Mr. X. I asked him if he wanted to use something more professional, but he wanted to use his own equipment. The richness of the images that he created was more important to me than the technical quality.

Did Mr. X have any specific concerns?

The scene in which we shoot the African drug dealers working in Görlitzer Park from afar, and he’s talking about them. He was very worried about the whole approaching of the issue. And I told him that if he felt uncomfortable I would take it out, but that I felt it was important, that this is an issue that is well known around Berlin and Germany, the issue of Africans coming in and finding themselves working as drug dealers in public places. I told him that people are already forming an opinion about this issue whether we like it or not, and I think that the one thing we can do is have him defend these people – as he says, nobody comes with marijuana from Africa to Europe. This scene is quite significant, even though I knew that the shot of the drug dealers from afar is the most ethically controversial shot in the film.

In a way, Gorlitzer Park is almost the nexus of the film – it might be where people supplement their income (asylum stipend or otherwise) by dealing, but it’s also where you meet Mr. X, and where he finds connections for the first time.

It’s is a meeting place for many [refugee] Africans in Berlin – this is where they really find refuge. There’s quite a big group of people there, and it becomes a social sphere. If I could have, I would have gone even closer to them. But it is so hard to win the trust of the people there. And this is quite understandable – no doubt, we did shoot some of the Africans from afar. So I cannot ignore the fact that they’re not completely wrong [in their suspicions], even though the idea is to represent their side, to defend their story. But I hope that I managed to show that the park is more than what is criticized in the media.

Mr. X studied photography and worked as a journalist in Milan – what motivated him to come to Berlin?

Many Africans who are granted asylum in Italy still leave – even though they’re basically allowed to stay and work, there’s a massive problem of unemployment because of the financial crisis. And there’s some racism that a lot of them encounter. But in the case of Mr. X, there was also an element of fascination with different European cultures, and like he calls it in his language, napps, the desire to travel – I think that motivated him to go to Berlin.

Mr X won’t be present at the screening of Napps at Lichtblick on Monday – fearing to be identified. The only time he appeared in person was at the Duisburg documentary film festival. Why do you think he felt comfortable there?

Because it was far. I think he took a risk because it was very important for him to express his point of view. But Berlin is too close to home. This is where he lives.

Do you think it will ever be possible for him to “unmask” himself?