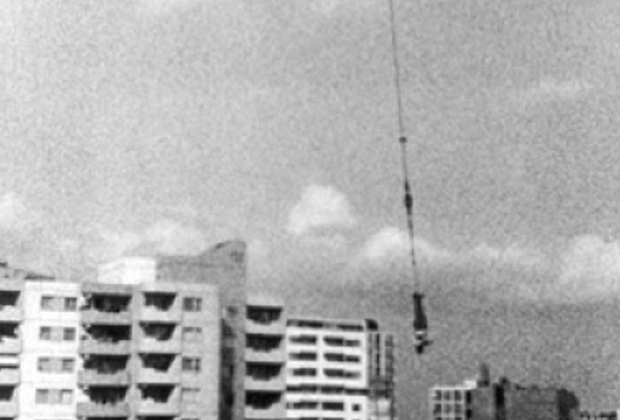 The resulting document is OKAY OKAY – Der Moderne Tanz: 90 minutes of mixed (film) tape that sets up a series of synchronicities between music and image, both prefiguring and transcending music video culture.

Rebellious, shocking and poetic, these dialogue-free mergers between two art forms are a time-capsule live-stream of the divided city’s zeitgeist, featuring performers such as Pere Ubu, PiL, Chrome, and The Residents and concert clips by Wire (at Kreuzberg’s SO36 club) as well as Berlin female punk band Ätztussis playing a solidarity gig at Moabit’s women’s prison.

Join Exberliner, and the directors, in this chance to re-witness – followed, as always, by complimentary wine.