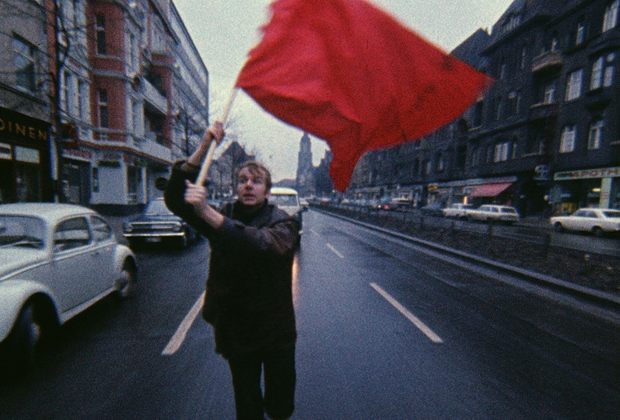 French filmmaker Jean-Gabriel Périot’s documentary Une Jeunesse Allemande tackles well-trodden territory as it disentangles the factors leading to the constitution of the Red Army Faction in the late 1960s.

Using only archive material, much of which finds its way to the screen for the first time, Périot does without the talking heads of hindsight, allowing newsreel footage and films that include material about and by the TV and print journalist and founding RAF member Ulrike Meinhof – as well as work by film student and fellow RAF member Holger Meins – to speak for itself.

Turning these filmic documents into a narrative sequence is a challenge, but it does succeed in placing us at the fulcrum of an accelerating activism, with video clips, news readers and mainstream political commentators alternating with footage in which RAF members-to-be transition before our eyes and ears from eloquent anti-establishment figures propagating class struggle and the liberation of the proletariat to people who were willing to kill and be killed.

Périot’s film lacks a focal point (although the person of Meinhof comes close to occupying this vacuum) but makes up for it in complexity and pace, with events speeding up considerably as the process of no-return radicalisation took Germany into its Deutscher Herbst.

Material from films by Helma Sanders-Brahms and above all, a coda taken from the multi-directorial Deutschland im Herbst provide a wider contextual framework.