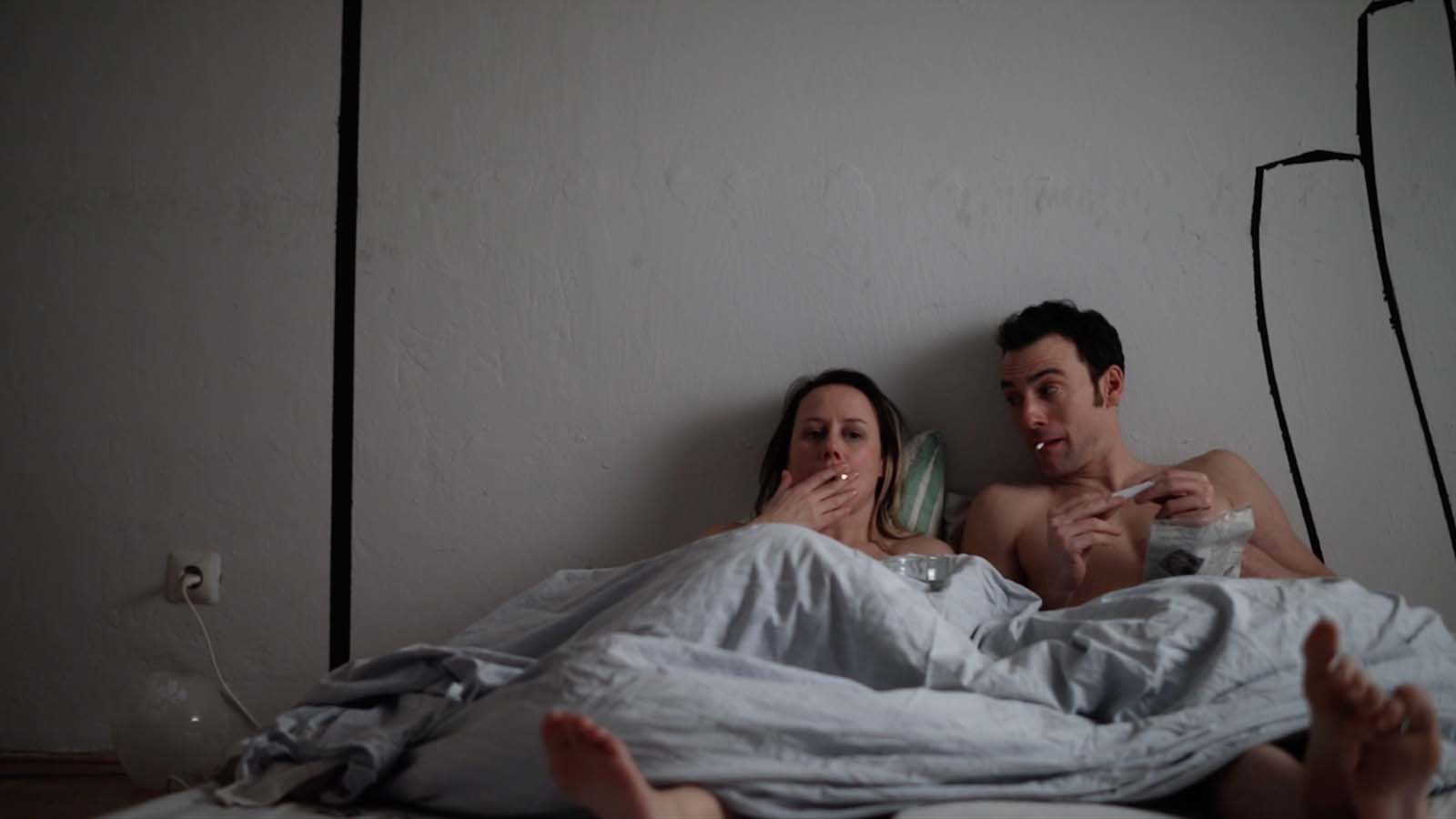 Our next EXBlicks features our very own Exberliner Film Award winner, Reise nach Jerusalem, on Monday, April 30, 20:30 at Lichtblick Kino.

Fresh from wowing audiences (and us!) at Achtung Film Festival – Berlin’s home-grown festival for films produced and shot in Berlin-Brandenburg – and taking home our fifth Exberliner film award, Lucia Chiarla’s Reise nach Jerusalem screens once again for you at Lichtblick Kino in a special EXBlicks presentation, with English subtitles and a Q&A with the first-time filmmaker.

The film follows Alice (an absorbing Eva Löbau), a 39-year-old Berliner who’s down on her luck. In a series of tragi-comic events, she tries to keep herself afloat with odd jobs whilst maintaining the façade of a successful freelancer. As her plight descends into the realm of the absurd, the film becomes an allegory for our performance-obsessed society. As for the “Reise“, the title itself comes from the German expression for musical chairs, so don’t be expecting an Israeli-tinged twist.

Not only did our jury find the film “anchored by a fantastic lead performance, a driving, engaging script and a touching emotional core”, the film managed to pick up a couple of other Achtung awards as well, namely Best Feature Film and Best Actress for its star. Don’t miss this chance to see a one-of-kind Berlin film at the next EXBlicks.