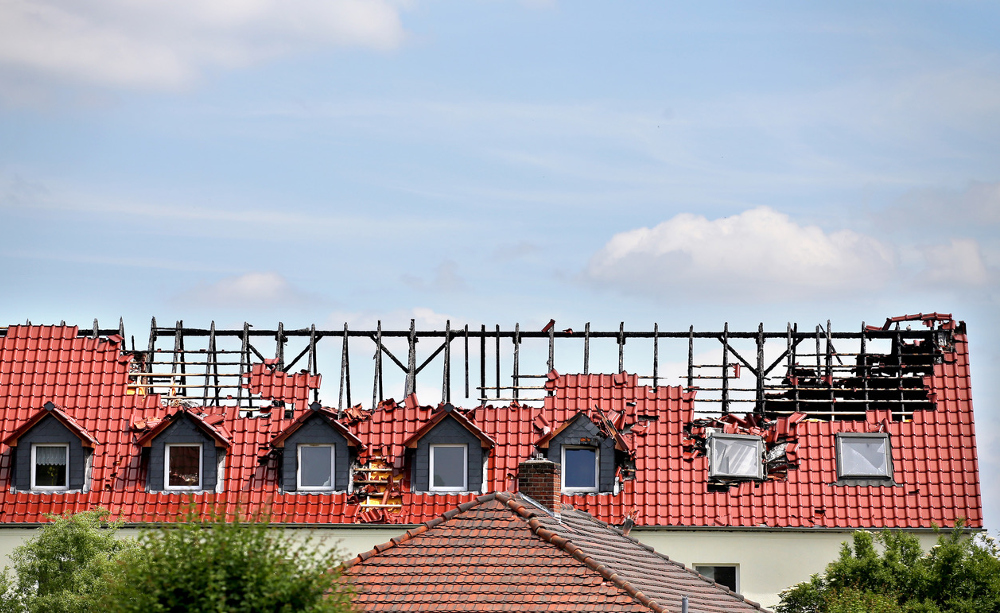 In April 2015, an arsonist set fire to a refugee shelter in Tröglitz, a quiet town in the region of Sachsen-Anhalt. Images of its red, burnt-out roof became a symbol of the stream of attacks on shelters across Germany in the troubled period of 2015-16. Following the event and media storm that surrounded it, Canadian filmmaker Jo-Anne Velin immersed herself in the Tröglitz community over the course of 17 months. The result is her second film, The Picture of the Day. Beginning during the aftermath of the attack and ending with the regional elections of 2016 in which the AfD came in second, the documentary offers a portrait of the lives of the residents whose voices were not heard in the mainstream media coverage. The film premiered at DOK Leipzig in 2016, but you can catch the Berlin premier on Tuesday, January 16, 8pm at Cinestar in the Kulturbrauerei. The screening is followed by a Q&A moderated by former DOK Leipzig programmer Dr. Grit Lemke.

A month before the arson attack the mayor of Tröglitz resigned due to the demonstrations against the building being turned into a refugee shelter. When this happened I got in my car and went to see what was going on. Every part of me knew this was going to be an important story and that the images themselves of the burning roof [of the refugee shelter] would be ones that would come to represent Germany internationally. It’s very easy to make a black and white story about the bad and the good. And journalists working on time to file have to think in those terms.

So would you say that the title is an implicit criticism of a tendency in the media to reduce events to one image or symbol?

All of the interviewees in your film papear to be sympathetic with the asylum seekers moving to Tröglitz – what about the voices of those who protested the refugees’ arrival?

Oh they’re represented in the film. I’m playing a lot with what people anticipate. My experience has been that half the energy in the film is this play between what [the audience] expects to see and what they’ve come to believe someone’s political beliefs might be from the way they look. And that uncertainty is exactly what I want [the audience] to experience. By the end of the film you can’t tell what people vote in the ballot box. And that’s deliberate.

I’ve also made a choice not to give a platform to views which will incite hatred and racism. That’s a choice I can make. That’s why I didn’t cover the election. I didn’t want to give more screen time to any of that. It was distracting from the people who are more difficult to portray. That’s not how to deepen democratic discourse.

How did you come to collaborate with Cinestar for the upcoming screening?

I was at the Filmkunstmesse in Leipzig where independent films are showcased to cinema operators. I was trying to reach independent cinemas and see how I could plan to take the film on tour across Germany. Cinestar were there and were interested in screening it, which I am so grateful for. My hope is that they will be one of the co-hosts of the tour.

What are your hopes for this documentary?

This film was made for a collective viewing experience inside a cinema with a decent sound system. Sound carries emotion. I want you to have time to look and to experience the community at the pace that people live there. At the film screening on Tuesday we have four people from the community coming to take part in the Q&A. I want them to sense how people outside [Tröglitz] feel about them and about the film. I want them to be part of something bigger than just a local discussion.

The Picture of the Day, Tue, Jan 16, 20:00 | Cinestar Kino at the Kulturbrauerei, Prenzlauer Berg