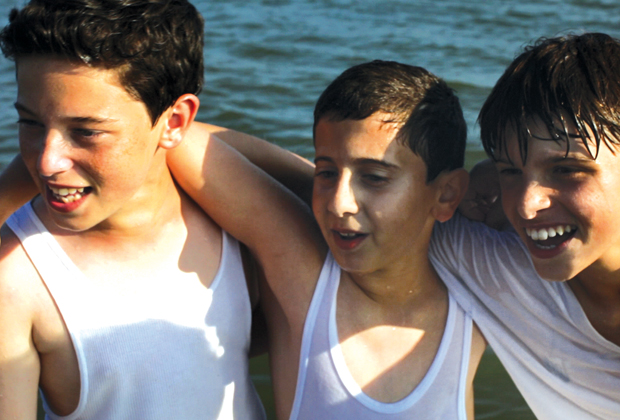 With about 30 movies (including some shorts) more or less evenly spread between documentary and feature, this year’s Jewish Film Festival (the 18th!) has thrown its net even wider than in previous years and the catch is mouth-watering.

German-Jewish relations are the main event at the gala opening in Potsdam’s Hans-Otto Theater (Jun 4, 19:30), at which Max Raabe and his Palast Orchestra will be present for the screening of Sönke Wortmann’s documentary Max Raabe in Israel (Germany 2012, German OV) which follows the German musician on an emotional Israel tour in 2010.

If you want to put a name to some of Berlin’s iconic functionalist buildings (Schaubühne), Duki Dror’s 2011 film Mendelsohn’s Incessant Visions (Jun 7, 21:00, Arsenal and Jun 17, 20:00, Eiszeit) is a particularly noteworthy documentary on the turbulent private and professional life of Jewish-German architect Erich Mendelsohn, who fled to England in 1933, leaving behind a promising career before trying to establish himself in the UK, the US and Israel.

Our favourite, though, must be American Joel Fendelman’s 2011 movie David (English/Hebrew with German subs; Jun 7, 19:00, Arsenal and Jun 17, 20:00, Eiszeit), a low-budget-style feature about a boy growing up in New York within the confines of a lovingly repressive Islamic family whose chance friendship with a Jewish boy begins to nibble away at his convictions.

Directors are present at all the above showings. For the full programme, further screenings at Arsenal and other venues, check www.jffb.de.