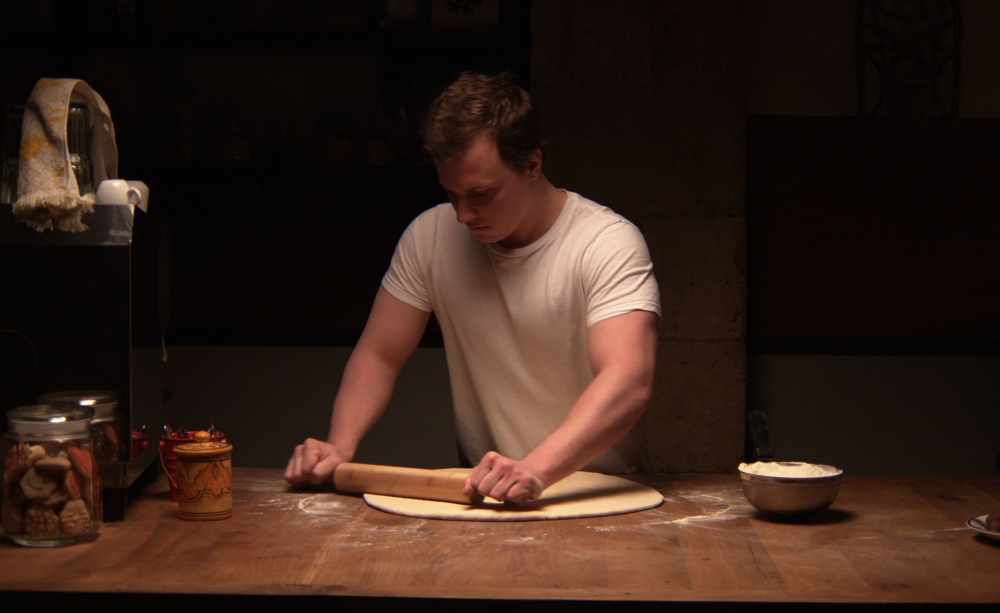 The Cakemaker tells the unlikely story of a married Isreali man who comes to Berlin and strikes up an affair with a local baker. When he dies unexpectedly, the Berlin baker travels to Jerusalem, where he works in the kitchen of his lover’s widow. A meditation on the nature of love, food and grief, it won the Prize of the Ecumenical Jury at Karlovy Vary in 2017 and is Israel’s official submission for Best Foreign Language Film at the 2019 Oscars. We talked to Israeli director Ofir Raul Graizer ahead of the special screening of his film at Lichtblick Kino on Tuesday, October 30.

What inspired you to make the movie?

Almost 11 years ago, a friend of mine died. His wife wrote me an email saying that he passed away. I knew that he had a double life: he was married, had three children and was having affairs with men. When I got the email from her, I immediately thought: “What is she going through? Does she know? What happened when she found out?” So, I was just thinking about this woman and this whole question of how you mourn for someone that you are angry with.

Why choose cake-making as a metaphor for love?

I love cakes. I love food. I love cooking. I’m actually writing a cookbook. The thing about baking is that it has an extra meaning: it’s like a metaphor for life and death. Take the Black Forest Cake — which has sour cherries, but also sweet chocolate and cream. There’s many different layers, but it’s all one thing: like life itself. Baking is a very ancient thing. Every culture has bread, and every religion has some traditions that have to do with bread.

Would you say that Isrealis have a special relationship to food? Yeah, food is extremely important. It’s something in our DNA: when you sit with a group of Israelis, they will talk about food for 24 hours. It’s not an obsession, it’s even more internal, like a disease (laughs).

The film has quite a melodramatic premise, but unfolds in a restrained, slow-burning kind of way. How did you go about this?

I always knew I wanted it to be very subtle, like a low-fire cooking very, very slowly. But I also wanted to make a melodrama. I love emotions and how they can explode. It’s super important for me that people experience them like the characters in the film do. I don’t like movies that don’t make you feel anything at all. They are legitimate, but it’s not the kind of movies I want to make.

The psyche of your character is left ambiguous. Especially German baker Thomas — the reasons for his journey to Israel are left up to the viewer to bring their own interpretation. Was this intentional?

Yes. I wanted to give this option. What characters do, may not come from one specific place, because people in general are not defined by one goal or action alone. In screenwriting school, they teach that a character has to have a clear goal. But in real life we change our goals all the time. We don’t know what we want. People are complex. And that’s what I wanted to show.

One of the main draws of the movie is that it’s about a relationship between an Israeli and a German. There is obviously a fraught history between the Germans and the Jewish people. Was this something you wanted to comment on or have as a source of tension?

Both. Tension is always good. But the reason I chose this extra layer is because I wanted to make a film about people who don’t want to be some sort of symbol of a religion, nationality, sexual identity or gender. The idea of going exactly in these extremes is to say those extremes don’t matter. I see it as the private, personal, intimate story between three people. This is the essence.

So you’re from Israel but have lived in Germany for nine years. Is there anything personal you put into the screenplay?

It’s set in Berlin and Jerusalem, two cities that I love very much and that I see as similar in many ways. Both have an obsession with their history. Both are always dealing with their past.

Did anyone actually learn how to bake for the role?

I taught Tim Kalkhof how to make the dough. He would send me pictures on WhatsApp and I would write to him, “this looks bad” or “that looks good”. He gained 8kg. Not because of eating all this, but because I told him to. It makes his physicality very fragile, very soft. And I wanted him to wear a white shirt, very plain. I wanted Tim to look like dough – like you could take him and knead his feelings.

Is there any common feature between cooking and filmmaking?

I think it’s very similar. Lots of my friends who make movies love to cook. You take the ingredients, you put them together. You have your plan, your budget, your schedule. You create something, and in the end, you give it to somebody to “try out”. When I make a film, it’s meaningful how people react to it. I want them to watch it, I want them to like it. It’s the same with food. I want people to feel something. Making movies is an art of giving, of expression, of telling stories.