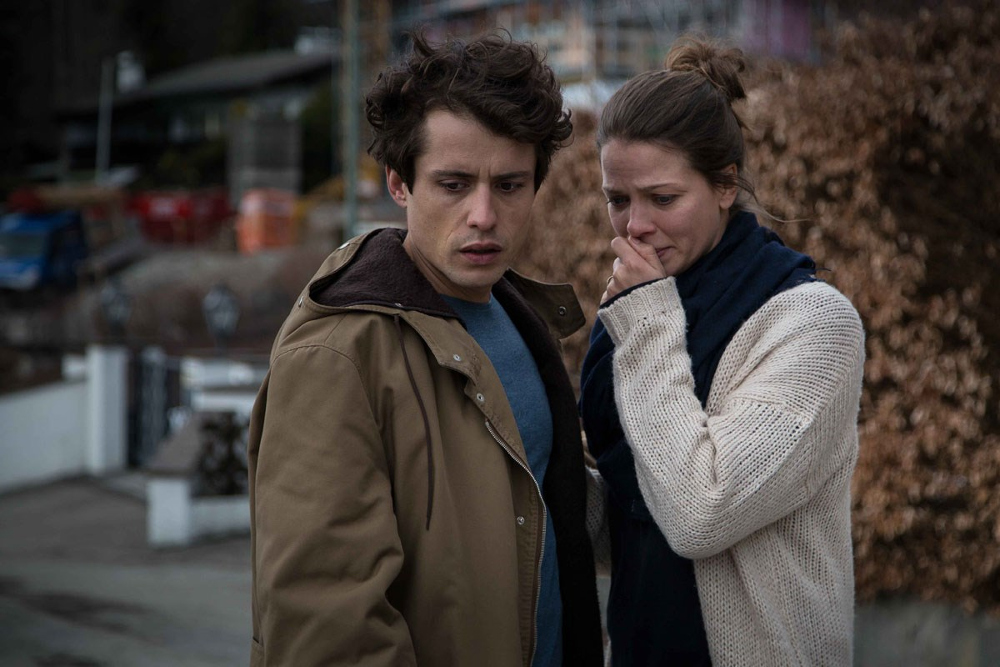 Missed the Freddy/Eddy screening and Q&A at EXBlicks? No worries, here’s what went down in the talk with star Felix Schaefer, director Tini Tüllman and editor Benjamin Kaubisch. Don’t miss the next Exblicks screening of Duc Ngo Ngoc short film Obst und Gemüse on March 26 at Lichtlblick Kino.

Felix, how did you feel when first reading the script? And how did you prepare for playing this split personality?

Felix Schaefer: When I first read the script, I was blown away because the opportunity to play two people in one film is very special for an actor. Tini and I sat together for two weeks and wrote pages and pages of backstories for the two different characters in order to make them two individual people. And then I prepared like for any other role I guess, but for two roles in one film. I actually went to New Zealand and Bali for six weeks, where I had the script to myself. Then I came back for rehearsals and [Tini and I] very quickly understood each other and what we wanted. It got a little bit more complex when Eddy pretends to be Freddy. Because then it became Felix, playing Eddy, who pretends to be Freddy. And it became a little bit of a washing machine sometimes… hopefully nobody realised that!

Split personalities don’t have much screen time together, but you, Freddy and Eddy, actually have to interact with each other. How was that?

FS: That was very technical. By the time we actually shot the scenes with both of them in one scene, we already had a very good understanding of who the people were. You have to work with doubles and you have to get along with them, and they have to understand the timing of the way you play whoever they double. So it becomes a little bit complicated in terms of making them understand what you want. And then of course doing all the physical, fighting scenes with Josh (Grothe, the stunt co-ordinator) was amazing. It’s crazy because we each had to learn the fight from both sides, and then constantly switch back and forth. Every half an hour we’d have to switch between being Freddy and Eddy and we did this for two nights from 9pm to 5am!

Benjamin, could you talk it about from an editing perspective?

Benjamin Kaubisch: The most interesting aspect was that I was in New Zealand too when I got on board. I’m from Germany, but I was in New Zealand. I got a phone call from my cousin Felix and he said “I’ve made my first movie. You have to watch it and maybe give some feedback. We don’t know where it stands yet.” I was like shit, oh god yeah ok. I didn’t actually know much about his work as an actor. I wondered what I should say afterwards, if it’s crap I’ll have to pretend, “Oh, you did a great job!” And then I watched it and afterwards I was like oh, it’s already pretty good. Then I called him right after and said I would help to finish it, because at the time it was in a good shape but it was about 25 minutes longer than what you’ve just seen.

Tini Tullman: There were others working on the film before, like me, but I’m not an editor! Everyone said it was great, but I knew it wasn’t. So, I was looking for another person to take over that role. It’s a pretty funny story actually because Felix told me about his cousin who’s an editor. So, I did a Skype call with him and I saw his face. It’s nearly identical to Felix’s and I was like; “What the fuck! What is this? He’s pretending to be in New Zealand and be his editor cousin?” But yeah, he did an amazing job.

And why did you choose Tegernsee as a location?

TT: Well that is a very good question… and very easy to answer! The house we use is my grandparent’s – so it didn’t cost anything! I was a little bit naïve because I thought that it was so cool that we had this house and we didn’t have to pay for it. But I never thought about the fact that I’d have to put 30 people up in Tegernsee which is extremely expensive! So, we shot two weeks in Berlin, all the interiors, like the swimming pool for example. Some people asked where the super nice swimming pool in Tegernsee is and I told them it’s in Neukölln! The huge Amtsgericht at the beginning is Amstgericht Mitte and the police station is the offices of a casting agency I used to work for. We had to improvise a little bit!

It’s a nice contrast because Tegernsee isn’t where you’d expect a thriller to be.

TT: I think so too. Like I said I really didn’t want it to be in a big city. Many thrillers are set in huge cities at night. I wanted it in a very nice neighbourhood, so Tegernsee was a very good choice for the picture, but not for my pocket!

One last question, what are you working on now?

TT: The thing is right now I’m a distributor, I’m distributing Freddy/Eddy myself. I have some stories I want to develop more, but right now, I don’t have the time. I hope I will from March onwards. But I know that I always want to make thrillers like Freddy/Eddy, I couldn’t just write a simple comedy. When writing, after I while I always think… someone should die now!

Still want to see the film? Check our OV search engine for showtimes.